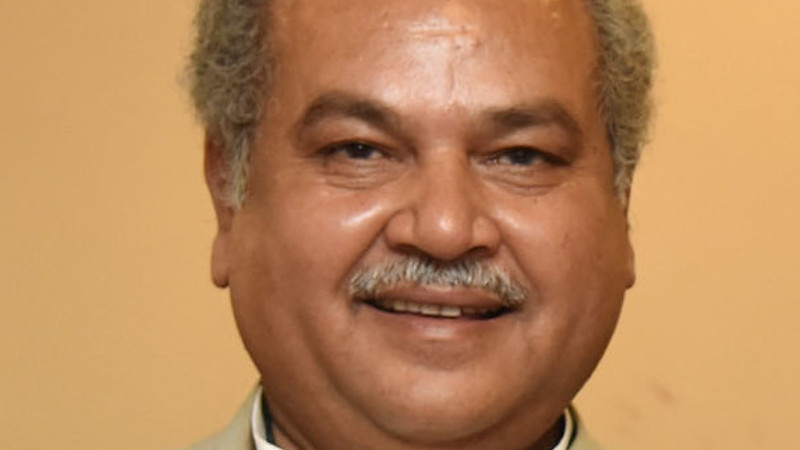 Today is 345th Martyrdom day of Hind Di Chadar Sri Guru Tegh Bhaduhur who laid down HIS life. Let us together pay tributes to the ninth Guru for his unparallel and supreme sacrifice. Let us pledge to imbibe his values of righteousness, truth and freedom and faith.

Let us also pledge to solve the ongoing crisis of the farming community who are protesting against the three farm laws since their inception.

No doubt technology is the need for development of every sector including agriculture. But advancement of technology should start from the bottom of the sector and not from the top/end point. Government of India has tried to introduce technology from the top/final point of the sector as is evident from the passing of three farm laws that too in the haste manner against which the farming community is protesting from the day of its inception and that too under bone chilling severe cold. Government has to act fast to resolve the issue. Has the central government sincere in adoption of technology for the development of agricultural sector, it should have introduced technology to increase the productivity of the various crops which is lowest in the world. Agriculture has turned into a cost expensive even at constant cost of cultivation That is the real problem with the agriculture. There is an urgent need for the adoption of developed seed technology for nutrient management, land preparation, irrigation management; pest management; weed management and harvest and storage technology. Adoption of three farm laws will developed unregulated market in the trading circle parallel to APMC.

India has gained food security only due to assured price of the produce through MSP coupled with adoption of seed-water-fertilizer technology. Slight change in MSP system will force the India back in dark days.
With the increase in productivity of various crops, cost of production will decline at constant prices. Ultimately margin between the MSP and cost of cultivation will increase and there is no need to increase MSP. With this, even the general public will get grains at cheaper rates.

As the government is ready to make amendments to 12 of the 14 or 15 points of criticism, there is no harm to repeal the same. The only solution under existing scenario is to repeal all the three farm laws for a period of committee final report; constitute a high level Power Committee representing government; scientists, farming community. Terms and conditions of such committee should be such that the HLPC must submit its intern report within four months and final within six months. No time extension be given and its final report will be bidding for all the players. Intern report should be placed in the public domain for comments and suggestion by non members and general public.

Assure you of the fullest cooperation in resolving the crisis.