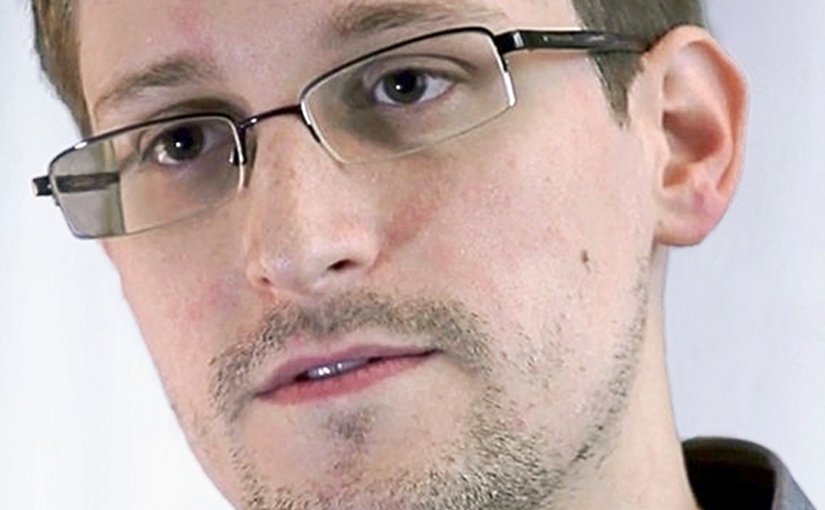 Back in 2012, after watching then Director of National Intelligence James Clapper perjure himself under oath on television on the subject of spying on everyday Americans, National Security Agency (NSA) employee Edward Snowden made a decision to become a whistleblower in order to expose the shocking secret surveillance program at the center of Clapper’s lie.

A grim federal overreach and direct result of the Patriot Act, which was itself a consequence of the 9-11 attacks, the existence of the NSA spying program confirmed the suspicions of the most paranoid among us that the federal government was listening in on our phone calls, monitoring our emails, and tracking our text messages. Seeing this abuse of power as a fundamental contravention of the Constitution and a citizen’s right to privacy, Snowden made a decision he knew would change his life forever.

This September, according to Pulitzer Prize-winning journalist Glenn Greenwald, Snowden’s fateful decision was finally vindicated by a U.S. appellate court, which unanimously ruled the mass surveillance program illegal and a likely violation of the Fourth Amendment’s protections against “unreasonable searches and seizures.” This was a top-down violation of American citizenry’s rights, and only one man was ready to stand up and call it out.

So Snowden’s actions led to real and necessary reform on what was and what was not allowed in the name of protecting America. CNN, The New York Times, and The Guardian have all reported the fact that the metadata collection program was illegal – even under the wide latitude granted by the Patriot Act – and ultimately “failed to provide sufficient surveillance safeguards,” according to the European Court of Human Rights.

But far from being chastened for their opportunistic abuse of power, the intelligence agencies saw it as an inflection point from which they could continue to flex their extra-constitutional muscle. Proof of this is the Inspector General’s report of 2019, which held that “the FBI deceived the FISA court with false statements to obtain a warrant to spy on former Trump 2016 campaign official Carter Page,” according to Greenwald. The FISA court itself strongly rebuked the FBI for “material errors” and for having “violated the rights of potentially millions of Americans — including its own agents and informants — by improperly searching through information obtained by the National Security Agency’s mass surveillance program.” All this and an FBI lawyer pleaded guilty to altering emails to obtain the warrants to spy.

Does this sound like an agency contrite in regard to its abuses subsequent to Snowden’s revelations and bent on honest internal review and recalibration? On the contrary – it sounds like an agency just getting started flouting the rules.

Despite Snowden’s example, why would anyone associated with leadership in our intelligence agencies ever stop doing exactly what it is they want to do to serve whatever ends they seek, or to promote or subvert anyone they set their sights on? Director of Intelligence James Clapper delivered as bald-faced and consequential a lie as it is possible to utter in front of the entire nation on television and was neither shamed, upbraided, fired, nor re-assigned. In fact, he was handsomely rewarded with a well-paid job on MSNBC perpetuating another colossal lie – the Russia Collusion Hoax.

Self-impressed James Comey was celebrated as a Trump-undermining hero and enjoyed the success of a best-selling book. And glowering embarrassment John Brennan has scowled his way through a lucrative tenure at MSNBC with only one dog-eared cue card repeated ad nauseum: “Bad Orange is bad.” In fact, as many as 15 former members of our intelligence agencies have been employed by CNN and MSNBC at one time or another – a viable next chapter after government service like yachting with billionaires or striking development deals at Netflix.

Trump campaigned on a promise to expose Beltway corruption and to yank out rank weeds rotted at the root such as Clapper and Brennan – but after fighting a 360-degree street fight for four years, the president’s time appears to have been cut short, shy of draining the swamp he set out to sump pump. As luck would have it for denizens of the muck and filth of Washington, Trump likely won’t have the chance to finish the job he started.

But he may still be able to wield the sharpest shiv he can on his way out of the White House. As Glenn Greenwald argues, were Trump to pardon exiled Edward Snowden for his exposure of the nefarious practices and lies of our intelligence agencies, which have violated American citizens’ rights and privacy, it would be the sharpest rebuke yet for these all too powerful branches of government. It would also serve to deeply undercut as well as possibly open a critical wound in the political fortunes of those who bark about Snowden’s “treason,” namely Clapper, Brennan, Comey, and Susan Rice – the four liars of the Apocalypse and a coterie of some the more corrupted individuals ever to serve a (former) American president.

*About the author: Pennel bird is a writer, educator, musician, husband, and father who currently lives in Glendale, CA. He likes Pina Coladas and getting caught in the rain.