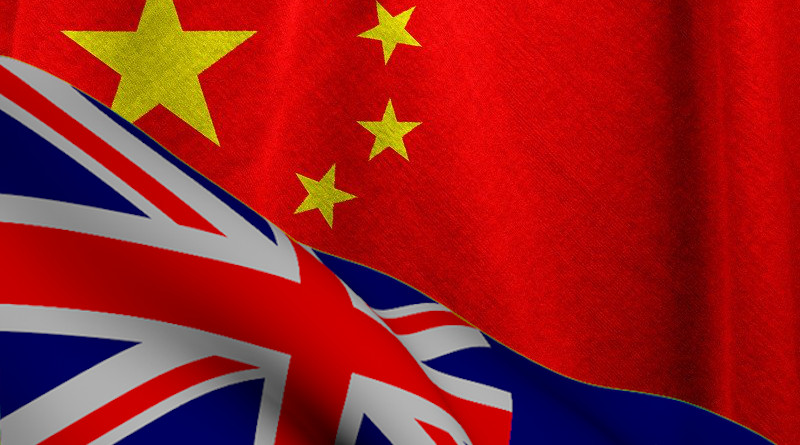 China’s growing concern over energy security may complicate plans to punish Australia for its investment restrictions and political policies toward Beijing.

Despite a de facto ban on Australian coal deliveries since November 2018, China has made exceptions for at least three ships that have been allowed to unload at southern and northern ports, Bloomberg News reported on Dec. 3, citing unidentified sources and the Kpler data intelligence firm.

As many as 66 vessels loaded with Australian coal have been left waiting offshore for over a month while tensions rise between China and one of its largest suppliers.

China has allowed only a few shipments to get through under pressure from a shortfall of domestic coal and a spike in prices due to a series of deadly mining accidents.

The special circumstances may have temporarily exposed cracks in China’s increasingly hard line against Australian exports, which has been traced back to Canberra’s decision to exclude Chinese smartphone makers ZTE Corp. and Huawei Technologies Co. Ltd. from its 5G network development in 2018.

“The fact that they are allowing coal to unload shows the pragmatic side of these kinds of measures,” said Mikkal Herberg, energy security research director for the Seattle- based National Bureau of Asian Research.

“Beijing is always extremely sensitive about the damage from high coal prices or very low coal prices, too,” Herberg said.

But concerns have risen dramatically since Dec. 13 when the Communist Party-affiliated Global Times reported that the NDRC met with 10 Chinese power companies and “gave approval … to import coal without clearance restrictions, except for Australia.”

Australian media interpreted the move as a sign that China had formalized the coal ban.

Relations with China have soured following Australia’s call for an investigation into the origins of the coronavirus as well as earlier opposition to Beijing’s territorial claims and military moves in the South China Sea.

In mid-November, China released a “dossier” with a list of 14 grievances against Australia including investment restrictions and “siding with” the United States, the Daily Mail reported.

On Nov. 30, relations hit a new low after China’s Foreign Ministry spokesman, Zhao Lijian, posted a doctored photo of an Australian soldier with a bloody knife next to a child in an apparent reference to an Australian Defense Force investigation of reported murders in Afghanistan between 2009 and 2013.

Australia demanded an apology for the altered image. “The Chinese government should be utterly ashamed of this post,” Prime Minister Scott Morrison said. But a Foreign Ministry spokeswoman refused.

“It is the Australian government who should feel ashamed for their soldiers killing innocent Afghan civilians,” Hua Chunying said.

The steady deterioration of relations since the Huawei ban in 2018 may serve as a warning to other nations about increasing their reliance on trade with China if they seek to maintain independent policies that may differ with Beijing.

According to Bloomberg, China accounted for 34 percent of Australia’s exports in 2019. Bilateral trade was valued at U.S. $187 billion (1.2 trillion yuan).

But the figures are a sign that retaliatory measures may already be backfiring. Iron ore costs have climbed to the highest level since March 2013, the Morning Post reported on Dec. 9, citing the China Iron and Steel Association (CISA).

Larger benefits of the bilateral free trade agreement may also be under threat. Neither side has shown interest in conducting a scheduled five-year review of the pact to expand trade, the paper said.

The high trade stakes have done little to set limits for the political and investment disputes.

The lesson may be particularly pointed, coming just two weeks after the signing of the Regional Comprehensive Economic Partnership (RCEP) trade agreement between China and 14 other Asia-Pacific nations, which was set to become the world’s largest free-trade deal.

The accord already covers countries accounting for about a third of the global economy. On Nov. 24, China’s Commerce Minister Zhong Shan said that Beijing will seek further expansion of RCEP to enlarge its “circle of friends,” the official Xinhua news agency reported.

But the stark contrast between China’s inflammatory rhetoric in relations with Australia and its offer of friendship through multilateral trade raises the question of what kind of message it intends to send to its RCEP partners.

The limited opening for Australian coal deliveries suggests that China will make exceptions to its embargo as it deems necessary, inflicting costs on its adversary through shipping delays.

If that is China’s plan, it may follow that China intends to pursue its trade and political interests pragmatically on separate planes. Whether trading partners will play along with such a policy in the face of rising political tensions remains to be seen.

Another interpretation is that China has no plan, but is only giving vent to the nationalistic anger voiced by Zhao, who has already been dubbed the country’s “wolf warrior,” making such sentiments dangerous to contain.

Yet another possible reading is that China as a rising power intends to make an example of Australia, sending a warning to other trading partners that they will exclude Chinese national champions like Huawei at their own peril.

If that is the case, costly consequences for trade may also follow disagreements over China’s handling of the COVID- 19 crisis and its claims to the South China Sea.

While RCEP may be opening a door to greater regional prosperity, China’s partners may also see the conflict with Australia as a dangerous disincentive to further dominance of their trade.

“I think the answer is both,” Herberg said. “China is clearly making an example of Australia, which is perhaps the most trade dependent advanced country on China.

“At the same time, the message is increasingly clear to others that Beijing will not hesitate to use very heavy handed trade leverage to mete out punishment over political disagreements or criticism,” he said.

With a powerful partner like China, RCEP countries may have to weigh the benefits of further opening to China against the risks of excessive exposure.

“The lesson is that you probably want to manage dependence on China’s market more carefully and strategically,” Herberg said.

“I think ultimately it is damaging for Beijing’s long-term interests. Other countries and companies will diversify their investments and activities accordingly.

“And frankly, it makes China appear petulant and insecure rather than the confident strong nation that it claims to be,” Herberg said