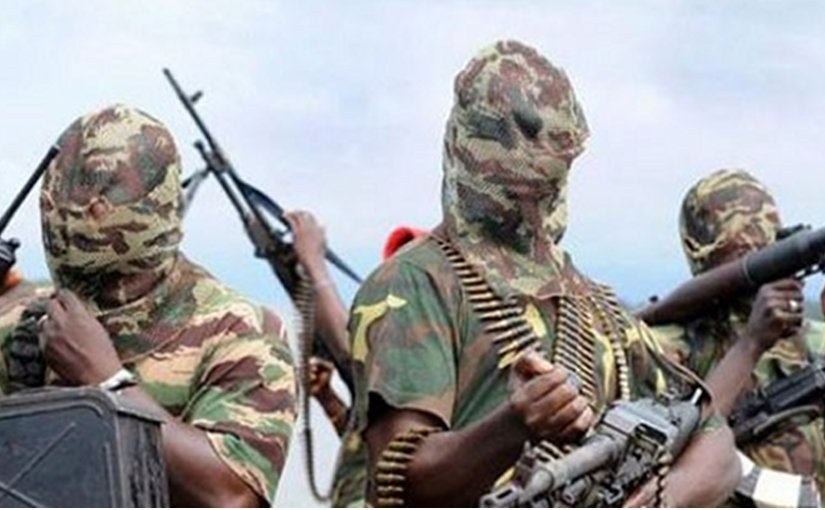 The recent Katsina abductions in Nigeria are a reminder that solutions need to go beyond military campaigns.

Military interventions have failed to end a violent insurgency and humanitarian crisis in the Lake Chad Basin. The recent brutal murder of over 100 rice farmers by extremists in Nigeria’s Borno State is one of the region’s deadliest attacks in years, an indication that security responses aren’t working.

The crisis has grown from armed conflict in north-east Nigeria and expanded into neighbouring states. Boko Haram, one of the world’s deadliest terror groups, has killed more than 30 000 people since 2009 and continues to stage regular attacks across Borno. Millions have been forced from their homes.

The primary response has been to take the fight to the terrorists, with military interventions backed by billions of dollars and logistical and intelligence support from powerful Western nations. The Multinational Joint Task Force, with troops from Cameroon, Chad, Niger and Nigeria, has taken the lead since 2015. But it has reached an impasse with the militants and been blamed for driving more recruitment into terror groups.

The violence didn’t stop after Nigerian President Muhammadu Buhari declared Boko Haram ‘technically defeated,’ and groups like Boko Haram and Islamic State West Africa Province show no signs of being eradicated. Extremists continue to hold significant territory in and outside of Nigeria.

In 2019 the Nigerian military started consolidating its forces into bigger and better equipped camps, aiming to bolster the military’s resistance to Boko Haram attacks. This created space for militants to move more freely, deepen their roots in communities and strengthen their supply chains. It also eroded the protection of civilians in areas from which troops withdrew.

This shift in strategy hasn’t yielded the desired results, as attacks against civilians such as the one on the rice farmers continue unabated. On 13 December, the Nigerian military repelled an attack by Boko Haram militants in the Askira/Uba local government area in Borno State, north-east Nigeria. Twenty militants were killed along with one soldier.

Dialogue between governments, armed militants and violent extremist groups should be considered an alternate strategy. Perhaps money being poured into security responses would see a better return were it invested in peacebuilding, exploring opportunities for dialogue, and providing infrastructure and services. Maybe it’s time to put communities on the frontline – not in battle, but as part of a long-term dialogue effort aimed at reconciliation.

Research conducted by the Institute for Security Studies found that large parts of civil society support dialogue with extremists, while others regard the strategy as weakness by governments ceding victory to the militants. Grassroots opinions on negotiations with extremists were explored during an August 2019 consultation with civil society organisations representing communities in Cameroon, Chad, Niger, and Nigeria.

One of Africa’s most famous abductions provides evidence for the success of dialogue.he release of 276 Chibok girls by Boko Haram, after they were kidnapped from their school in Borno State in 2014, followed a controversial negotiation between the government and the captors. It showed that dialogue could work when there was no plausible military solution. The Chibok case increased the value of negotiation as a tool to counter violent extremism and was cited by numerous community organisations.

The option for dialogue may now be required in a very similar incident as #BringBackOurBoys trends on social media. On 11 December, gunmen on motorcycles stormed an all-boys secondary school in Kankara, a town in Nigeria’s north-western Katsina State. A shootout with security forces forced hundreds of students to flee to surrounding areas. While 500 boys are accounted for, more than 300 are still missing. Boko Haram has claimed responsibility for the abductions.

It seems unlikely that the Nigerian government will use dialogue in this case. Defence Minister Major General Bashir Salihi Magashi has already alluded to a militarised counter response, stating that the army will pursue the attackers and rescue the students without any collateral damage. ‘We have the intelligence, the information where they are and their movement and their method of operation,’ he said.

For dialogue to succeed, governments need to work with civil society to create awareness campaigns that build community support for non-violent approaches to preventing extremism. They need to see communities not as victims but as mediators who understand what gave rise to the insurgency and what might prompt militants to lay down their arms. Communities and local leaders should take the lead, using communication strategies that create the conditions for listening, understanding and compromise.

Katsina may provide an opportunity to initiate a successful dialogue process. Government could initiate discussions with local communities to understand Boko Haram’s scope of operations in north-west Nigeria. This may help ascertain the motives behind the attack and what possible concessions and compromises could be made.

Dialogue can be used as a complementary approach not only to resolve the Katsina abductions, but to also mitigate against future attacks. The ability to swiftly respond to incidents such as this one requires the knowledge and experience of community actors. Their involvement, in turn, depends on whether the government believes dialogue is an option for preventing and countering violent extremism.