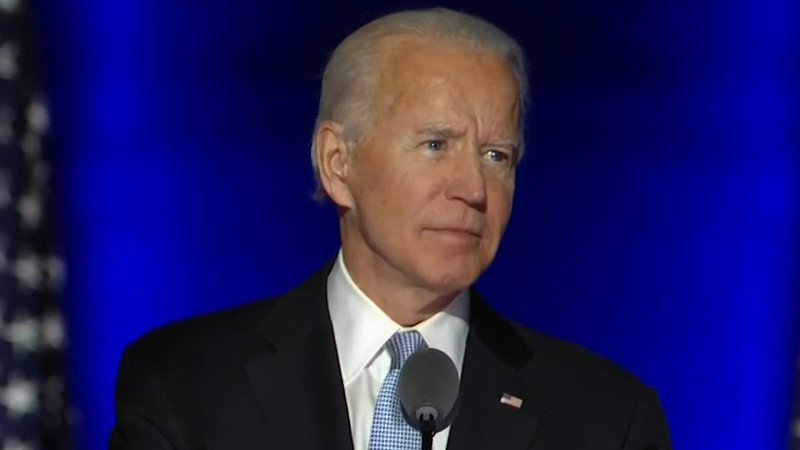 According to a new report by the Reuters on December 16, the incoming Biden administration is planning to maintain the US sanctions on Iran “but without the sharper aims.” This refers to two sets of sanctions, those that were imposed during the Trump presidency as well as those that remained in place even after the signing of 215 nuclear accord; the latter pertained to the non-nuclear (human rights, regional, and terrorism) issues.

Even the Obama administration slapped Iran with several more sanctions on non-nuclear issues after the agreement, known as the Joint Comprehensive Plan of Action (JCPOA) was adopted by the US government and began its implementation phase in January 2016.

The Reuters report, citing official sources, is bound to rattle Tehran, which hopes that a new chapter in US-Iran diplomacy can be launched by President Biden, who has pledged to return the US to the JCPOA.  That pledge is consequential policy-wise, in a word, it makes it imperative for the new administration to abide by the terms of the JCPOA, which clearly prohibit most if not all of the Trump-imposed sanctions, including sanctions on Iran’s energy sector.

Sadly, it appears that under pressure by the pro-Israel lobby and its vast network of supporters in the US media and the government, Biden has chosen the wrong path by early on catering to their unlawful demand, often posed under the guise of “keeping the current leverages on Iran” without, however, bothering with the fundamental question regarding their legality.  Indeed, the legal nihilism of the anti-Iran voices in the US is mind-boggling.

But, of course, there is also the question of international law, reflected in the 2018 interim decision of the World Court advising the US against new sanctions on Iran, which must be taken into account.  The rogue Trump administration had no use or respect for international law and, the big question is, if Biden will improve on his predecessor and his wrecking ball anti-diplomacy?

As Iran’s Foreign Minister Javad Zarif has indicated, the Trump era sanctions are not complicated to reverse and just as Trump used his executive privilege to impose them, Biden too can nullify them by issuing a few executive orders as soon as he assumes the mantle of presidency. By opting not to do so, as the Reuters report suggests, Biden is bound to the illogic of “maximum pressure strategy” pushed by Trump and his supremely incompetent secretary of state Mike Pompeo, irrespective of the stated nuances aimed at de-escalating tensions with Iran.

Yet, from Iran’s vantage point, as correctly stated by President Rouhani, sanctions are tantamount to America’s chokehold on Iran’s neck that violate humanitarian international laws and must be removed. Biden and his foreign policy team headed by a Jewish and pro-Israel secretary of state, Tony Blinken, cannot have it both ways, that is, profess to pursue diplomacy with Iran while sticking to the coercive sanctions that are in direct violation of a diplomatic agreement — that was in good standing when Trump chose to scuttle it in May, 2018.

Not only that, Blinken has hinted in the past that the US can improve on its deterrence vis-a-vis Iran by re-embracing the JCPOA, whereby it can then invoke the “snap-back” triggering mechanism in order to re-impose international sanctions on Iran.

Consequently, there is a distinct possibility that the ultimate result of Biden’s re-embracing the JCPOA would not be the renewed US commitment to its multiple obligations under the agreement, which include the willingness to sell airplane spare parts to Iran and to stop hampering Iran’s access to global financial networks, but rather an intensified US pressure on Iran from inside the JCPOA.

In this scenario, the European Union and the various European governments that refused to join Trump in his confrontational approach against Iran, would now be more amenable to the new US “soft power approach” led by the Biden administration.

After all, Trump ultimately failed in his Iran policy and the US paid for its aggressive and illegal moves against Iran exorbitantly in the international arena, in light of the repeated setbacks for the US initiatives against Iran at the UN Security Council, and that simply means that Biden is inheriting a failed policy, which he now per the reports is intending to sustain in the main, albeit with some cosmetic shifts.

A principal defect of such a dubious approach by Biden would be an inability to cause a sea change in the hitherto hostile climate between US and Iran, which has occasionally forayed to the brink of war. Biden’s ‘good intentions” of seeking to avoid a crisis with Iran can be self check-mated due to the incoherence of a policy-in-making that, from the outset, evinces symptoms of a great malady quite familiar in the repertoire of US policies toward Iran since the Islamic Revolution of 1979, that is, refusal to come to terms with the post-revolutionary regime and an uncanny failure to dispense with the old imperial motif of restoring US hegemony in Iran.

Indeed, the US sanctions on Iran have been the tools of hegemony against a counter-hegemonic assertive regional power in the Middle East and, therefore, it really does not come as a huge shock that Biden, who played his own role for years in the US Senate in piling up and fine tuning the Iran sanctions legislations, is now thinking of maintaining the cruel sanctions regime on Iran. What he probably does not anticipate is that there is a fairly decent chance of the Iran crisis will grow bigger and more dangerous if US does not begin to respect Iran’s rights and continues with its coercive hegemonic approach that has resulted in untold suffering and deprivations for millions of Iranians, who nonetheless proudly endure the hardship due to their fierce nationalism.