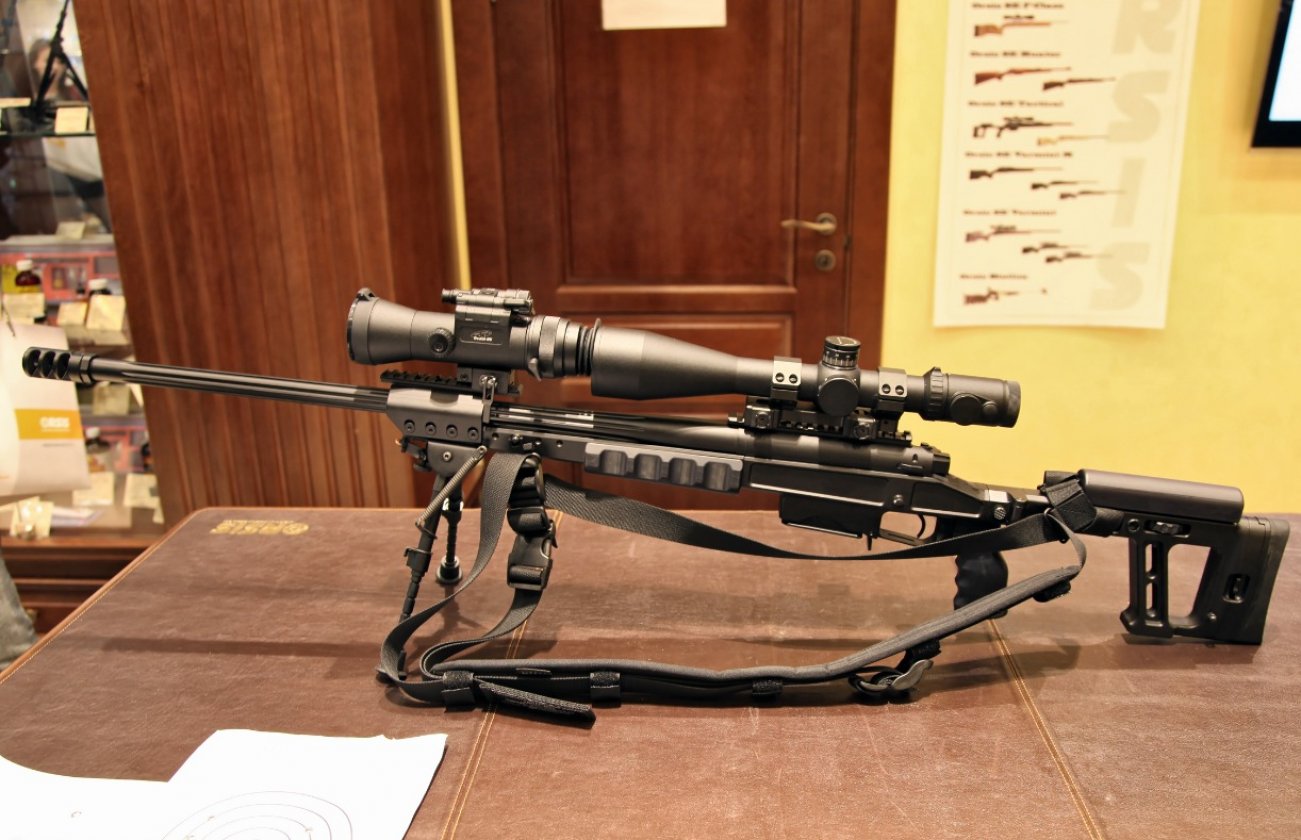 No, it’s not a Terminator from Skynet — it’s Russia’s sniper rifle from the future, and is already on a battlefield near you.

Here’s What You Need to Remember: Keywords: from a distance. From a thousand (or several thousand) yards, a team of snipers could pin down an opposing force of a much larger number. And they wouldn’t even have to score any hits.

No, it’s not a Terminator from Skynet — it’s Russia’s sniper rifle from the future, and is already on a battlefield near you.

In an Army report, observations about the conflict in eastern Ukraine — specifically tactics used by Russian snipers groups — are detailed.

“Russian Forces in Ukraine have employed snipers in elements up to platoon size. These units will operate on a small frontage of only several hundred meters. They will layer their assets in roughly three ranks with spacing determined by range of weapons systems and the terrain. The first rank will be composed of proxy forces trained as designated marksmen. Behind them will be a mixed force of better trained proxies/mercenaries and Russian soldiers. The final rank consists of highly trained snipers and will be the best equipped. All of these ranks focus on one target area together.”

While being pinned down by a sniper might not sound like a big deal in the 21st century, at a time when armed drones, hypersonic missiles, or laser weapons get lots of reporting attention, it’s nonetheless a big deal. Part of the problem is the sniper rifles themselves. The aforementioned report elaborated on the particular deadlines of the T-5000:

“During the rapid modernization of the Russian army after 2008, the Russian army made large purchases of western made sniper rifles to include the Barret and Arctic Warfare Magnum (AWM). The Russian company ORSIS also makes the T-5000, one of the most capable bolt action sniper rifles in the world. These are currently the signature weapons used by Russian snipers.”

According to the company website, The T-5000 comes in a variety of calibers, .308 Winchester, .300 Win. Magnum, and .338 Lapua Magnum, among others. All of which are known for their accuracy at distance.

Keywords: from a distance. From a thousand (or several thousand) yards, a team of snipers could pin down an opposing force of a much larger number. And they wouldn’t even have to score any hits.

One of the main objectives of such a large, coordinated sniper team would not be to score any individual kills, but rather to severely restrict the movements of a much larger force, to the point where they are immobilized.

Once immobilized, artillery fire could be called in and directed by sniper teams with devastating effect.

If the quality of the T-5000’s build is to believed, then it represents a break from Soviet and Russian rifle design, which has traditionally favored mass production and ruggedness over accuracy or build quality.

The same report outlines what to do if contact is made with one of these sniper squads: run, and break contact as quickly as possible. Otherwise, if a Russian bullet doesn’t get you, Russian artillery will.

Caleb Larson is a Defense Writer with The National Interest. He holds a Master of Public Policy and covers U.S. and Russian security, European defense issues, and German politics and culture. This article first appeared earlier this year and is being republished due to reader interest.