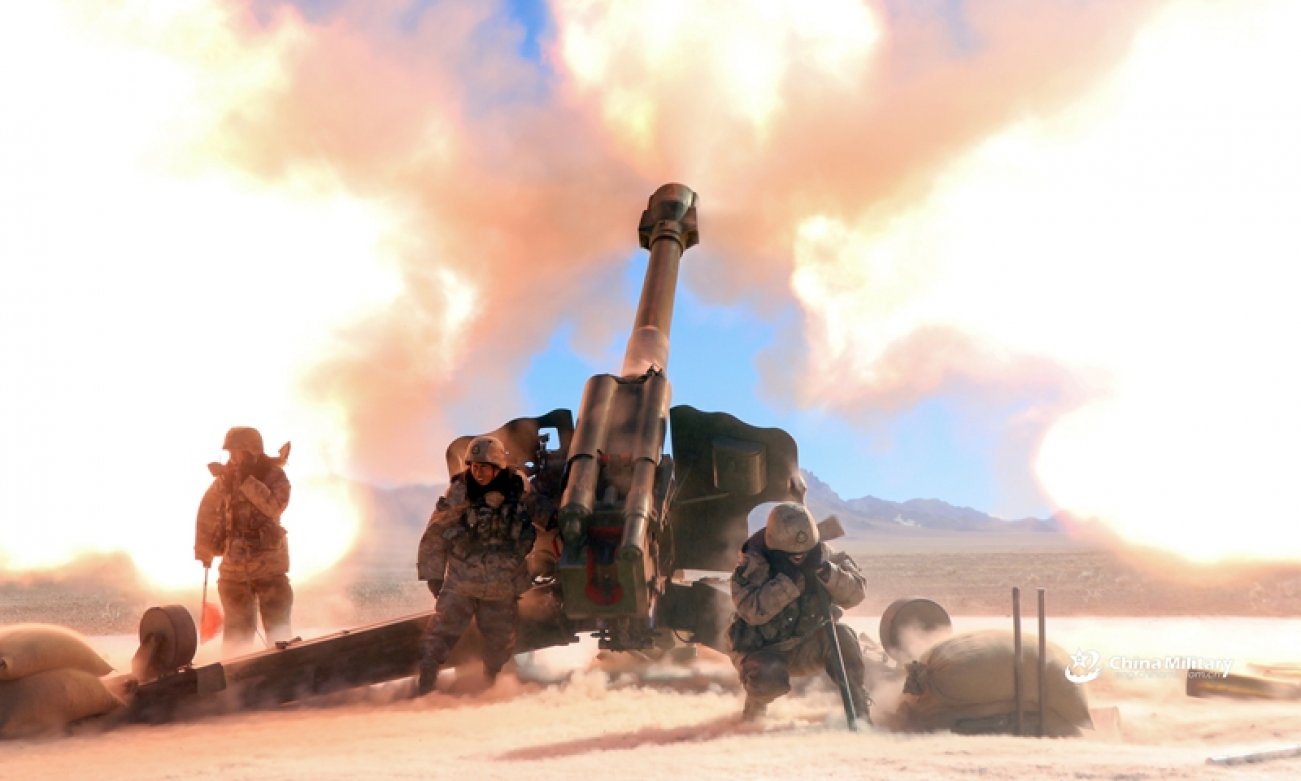 The Chinese People’s Liberation Army (PLA) recently introduced a type of newly developed assault vehicle-based howitzer, which experts said on Wednesday is more mobile than truck-based howitzers and can operate in challenging, off-road terrains where other types of other artillery cannot.

The Chinese People’s Liberation Army (PLA) recently introduced a type of newly developed assault vehicle-based howitzer, which experts said on Wednesday is more mobile than truck-based howitzers and can operate in challenging, off-road terrains where other types of other artillery cannot.

The Chinese military has built a new type of integrated mobile Howitzer weapon engineered to go off-road, maneuver through rigorous terrain and fire a 122-millimeter gun on its roof, a move potentially bringing new levels of attack tactics to the People’s Liberation Army.

A Chinese government-backed newspaper describes it as “a new howitzer, which seems to have been developed based on a six-wheeled Dongfeng Mengshi off-road assault vehicle. It has a 122-millimeter gun on its roof, according to a CCTV report. This type of howitzer was commissioned with the troops in the second half of 2020.”

The paper quotes a Chinese company commander further explaining some of the technical merits of the weapon, which is reported to be more mobile and integrated than a towed howitzer. “

“The gun can be calibrated with only one push of a button, and it can also be semi-automatically reloaded. This can greatly reduce the number of operators needed and shorten the preparation time for firing,” Li Qiuyu, a company commander of a PLA brigade, told CCTV, according to the Global Times.

China already has a 155-millimeter truck-based howitzer, a platform that likely provided much of the technological inspiration or foundation for the new 122-millimeter weapons.

What might this mean? Certainly, when it comes to lighter, mobile forces and potential dismounted engagements at higher altitudes or in otherwise tough-to-reach places, a more mobile, vehicle-mounted weapon of this kind introduces some new tactical possibilities. However, it does not seem clear that a 122-millimeter howitzer would necessarily be more lethal or tactically significant than a U.S. vehicle-mounted Hellfire or Javelin, a prospect which might suggest that China’s new weapon may not be as impactful as the Chinese paper claims.

Also, while wheeled howitzers may bring higher levels of speed than a tracked U.S. M109 155-millimeter self-propelled howitzer, they do not have a comparable ability to operate in heavier kinds of mechanized force-on-force warfare. A smaller, faster, more mobile vehicle armed with a 122-millimeter gun certainly presents threats, but still would not seem to have the same cross-terrain combat maneuverability as a tracked howitzer.

Nonetheless, a development of this kind does appear to be something the Pentagon is likely to take seriously as it does bring a new level of firepower to Chinese light-infantry maneuvers in a way that could expand range, firepower strength and an attack envelope.

The Chinese paper argues that this kind of new mobile howitzer would in fact be more mobile than a tracked howitzer, as it brings an ability to maneuver through swamps, hills and forests. However, while there of course will be measurable differences when it comes to expeditionary combat and maneuverability between a track and wheeled howitzer, it would not seem at all clear that a tracked howitzer would be unable to traverse swampy areas with uneven terrain. In fact, it may in fact be that a tracked vehicle would have a greater level of maneuver success when it comes to various kinds of off-road terrain such as small rocks, hills or uneven ground.  Added to this tactical equation is the reality that both the United States and China have towed howitzers which, at least when it comes to the U.S. M777, can be sling-loaded beneath a Chinook helicopter and brought to otherwise completely unreachable areas such as high altitude or rocky terrain.