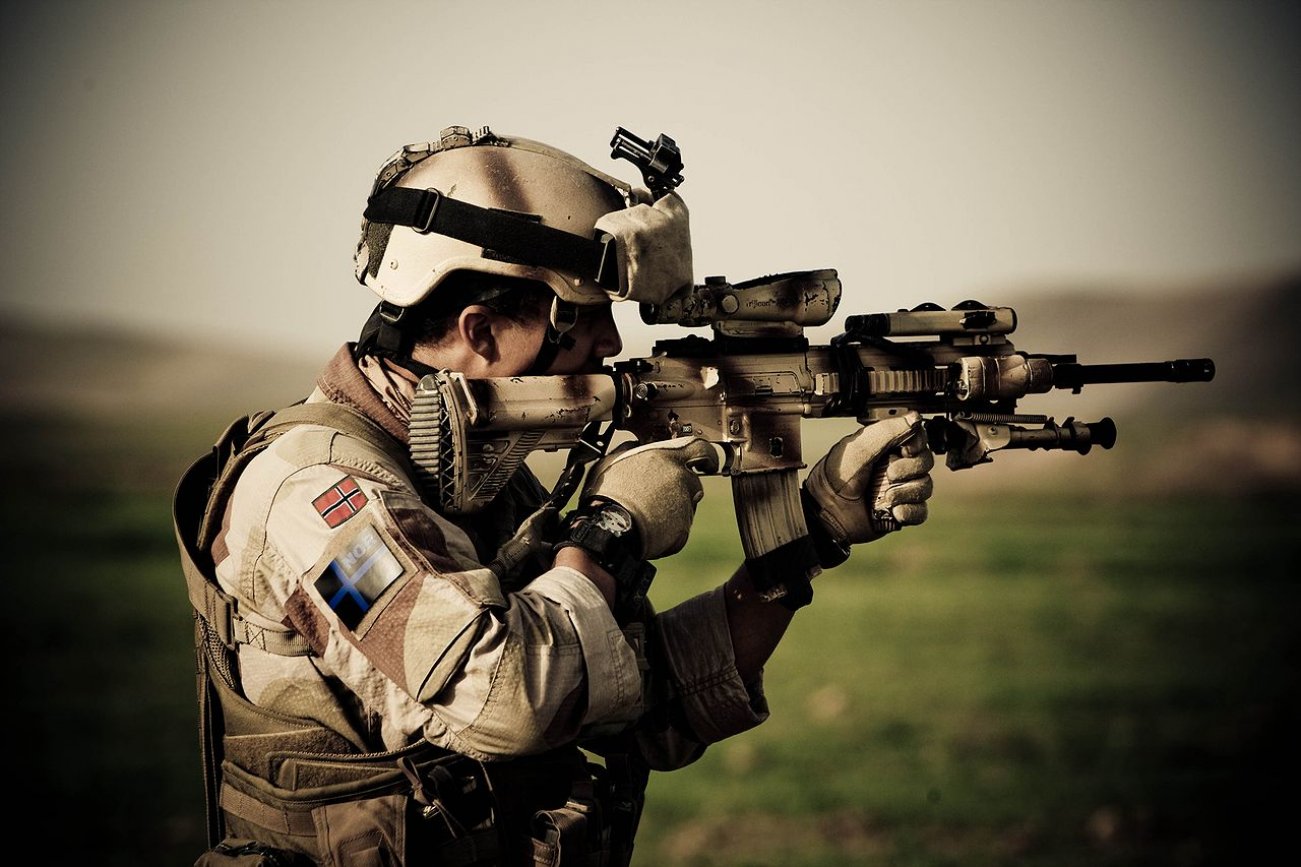 German engineering at its finest and most lethal.

Heckler & Koch’s HK416 flew under the radar for quite some time. That all changed in May 2011, when the now-famous SEAL Team Six raided a compound in Abbottabad, Pakistan where Osama bin Laden and several of his family members had been living for nearly a decade.

During the raid and subsequent firefight, bin Laden and several of his family members were shot and killed. Although accounts of what happened differ slightly and are likely attributable to “the fog of war” and impeded situational awareness, one thing is certain: the rifle that killed bin Laden was none other than Heckler & Koch’s HK416.

The H&K416 was designed in the late 1990s as a more robust, long-lived alternative to the ubiquitous M4 carbine. Unlike the M16 and M4 family of rifles, the H&K416 uses a short-stroke piston system, rather than a direct impingement system. The advantage to the H&K416 piston design is that combustion gases generated by firing the weapon are unable to enter the rifle’s interior, reducing the amount of fouling, and consequent stoppages.

The H&K416 is designed to be similar to the M4 and M16 family of rifles to help soldiers transition from those platforms. A nearly identical layout helps facilitate weapon crossover.

Thanks in part to the H&K416’s piston design, the rifle is prized for being highly reliable with a good reputation. In addition, the rifle is regarded as highly accurate, and can reliably hit point targets at a range of six hundred meters, or area targets as far out as eight hundred meters.

In addition to the French and Norwegian armed forces and a wide array of special forces groups around the world, the United States Marine Corps also adopted the H&K416 design. In USMC service, the H&K416 replaces the Corps M249 light machine gun. In Marine Corps service, the K416 is dubbed the M27 Infantry Automatic Rifle after the 2nd battalion, 7th Marine regiment that tested the design.

The counterargument is that with greater accuracy and range, fewer shots are needed. Fire teams would benefit from the added mobility afforded by a lighter weapon system and less ammunition that grunts would have to hump around.

Though it has its detractors (pleasing everyone is impossible), Heckler & Koch’s HK416 is definitely a high-quality weapon, and superior to the M4 and M16 in terms of reliability, accuracy, and maximum range. No wonder it has enjoyed such widespread success.

Caleb Larson is a Defense Writer with the National Interest. He holds a Master of Public Policy and covers U.S. and Russian security, European defense issues, and German politics and culture.