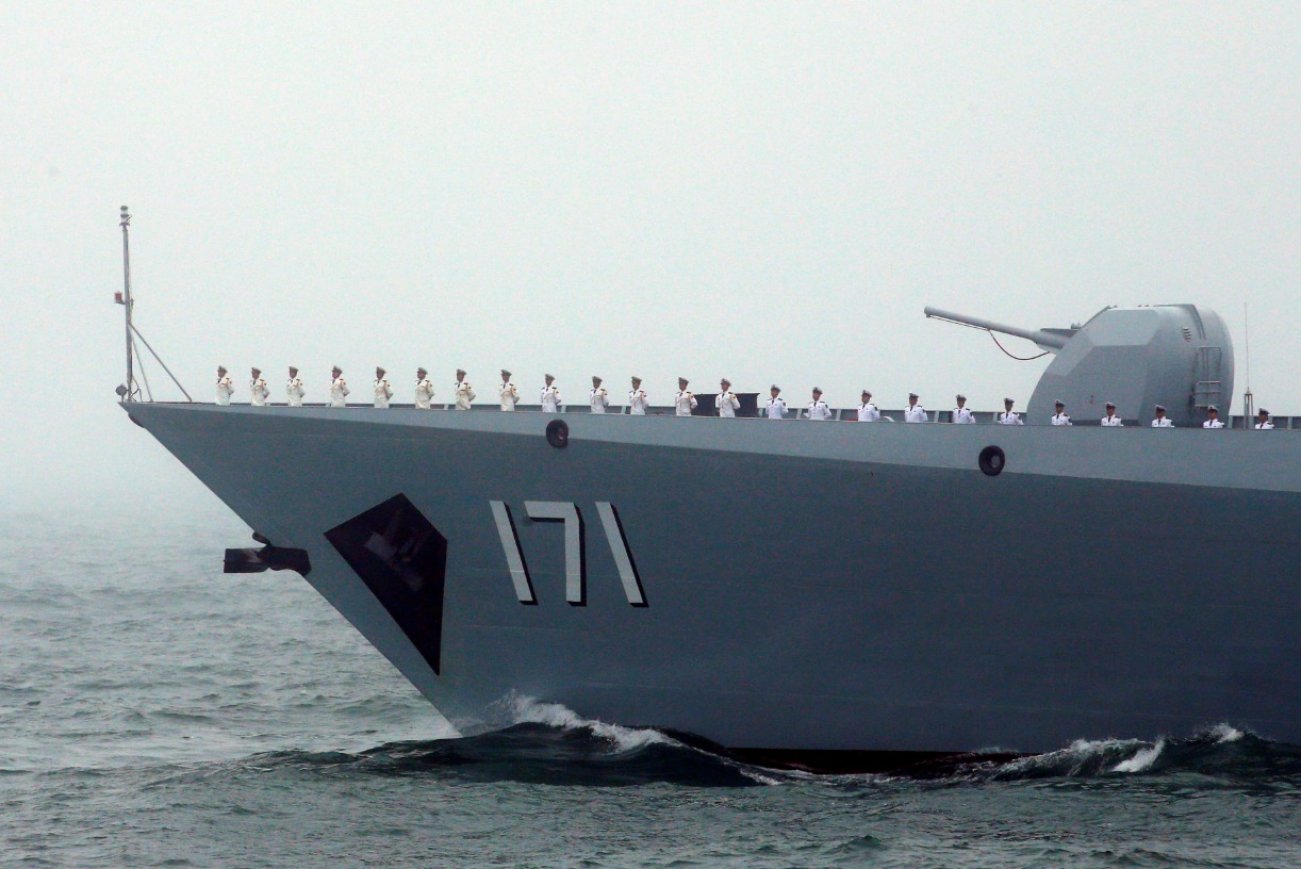 A math problem for the ages.

Here’s What You Need to Remember: America’s allies contribute their own forces to international efforts to manage China’s rise as a military power. But that doesn’t mean the United States shouldn’t reconsider its own strategy in light of China’s numerical advantage at sea.

The Chinese fleet is much bigger than most people think. And that should compel the United States to reconsider its Pacific maritime strategy, one expert argued.

The People’s Liberation Army Navy by 2020 will possess between 313 and 342 warships, the U.S. Office of Naval Intelligence estimated.

But the PLAN accounts for only a fraction of China’s maritime power, according to Andrew Erickson, a professor at the U.S. Naval War College.

“China’s armed forces comprise three major organizations, each with a maritime subcomponent that is already the world’s largest such sea force by number of ships,” Erickson wrote in Indo-Pacific Defense Forum.

Beside the PLAN, Beijing’s maritime organizations include the Chinese Coast Guard and the People’s Armed Forces Maritime Militia, or PAFMM.

The coast guard and militia have grown alongside the PLAN, Erickson revealed. “China’s second sea force, the coast guard, is … the world’s largest, with more hulls than those of all its regional neighbors combined: 225 ships over 500 tons capable of operating offshore and another 1,050-plus confined to closer waters, for a total of 1,275.”

The maritime militia likewise has grown and modernized. “Since 2015, starting in Sansha City in the Paracels, China has been developing a full-time militia force: more professional, militarized, well-paid units including military recruits, crewing 84 large vessels built with water cannons and external rails for spraying and ramming,” Erickson explained.

Combined, the PLAN, coast guard and militia possess around 650 large vessels with military capabilities. But China isn’t the only country to oversee several maritime forces. The United States too possesses a quasi-military, oceangoing coast guard and the civilian-operated Military Sealfift Command.

The U.S. Coast Guard operates around 240 cutters greater than 65 feet in length. MSC operates 120 logistics, cargo and support ships. Add them to the Navy’s 285 warships and you get a combined U.S. fleet numbering 645 ships with military capability.

In other words, the U.S. and Chinese fleets are roughly the same size, in terms of hulls. On average, American ships are bigger and more sophisticated, but as Erickson explained, “numbers matter significantly when it comes to maintaining presence and influence in vital seas.”

“Even the most advanced ship simply cannot be in more than one place simultaneously,” Erickson wrote.

Moreover, U.S. interests are global while China’s are regional. “U.S. Coast Guard cutters are focused near American waters, far from any international disputes, while the U.S. Navy is dispersed globally, with many ships separated from maritime East Asia by responsibilities, geography and time. By contrast, all three major Chinese sea forces remain focused first and foremost on the contested near seas and their immediate approaches, close to China’s homeland, land-based air and missile coverage and supply lines.”

America’s allies contribute their own forces to international efforts to manage China’s rise as a military power. But that doesn’t mean the United States shouldn’t reconsider its own strategy in light of China’s numerical advantage at sea.

“The U.S. should further demonstrate proactive leadership in the Indo-Pacific by sharing more information on all three [Chinese] sea forces, emphasizing the cooperative nature of collective security and encouraging allies and partners to invest in capabilities that complement those of the U.S.,” Erickson advised.

David Axe serves as the new Defense Editor of the National Interest. He is the author of the graphic novels War Fix, War Is Boring and Machete Squad. This article first appeared last year and is being republished due to reader interest.