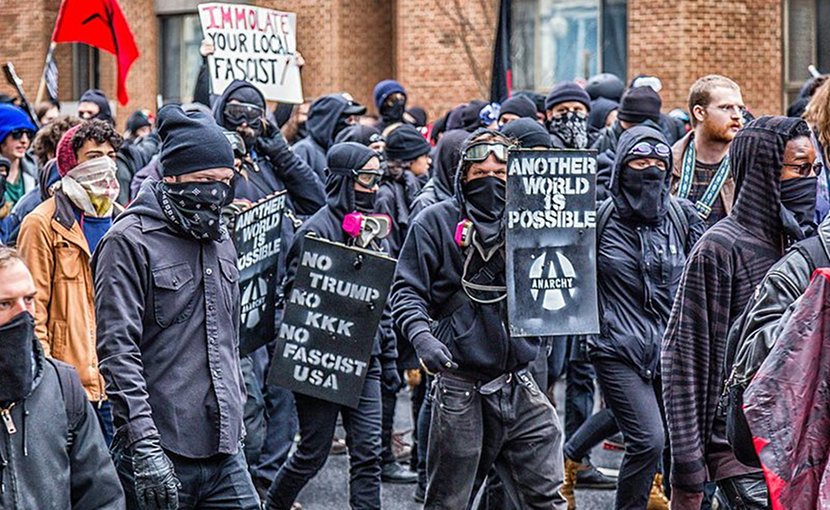 At least one person has been injured in a shooting amid clashes between right- and left-wing groups at Washington’s Capitol campus in Olympia. A suspected Proud Boys member has been detained, as police declared the scuffle a riot.

The incident took place around 2 pm local time following hours of “sporadic confrontations” between rivals, as a larger group of black-clad “counter demonstrators” seemed to have overwhelmed and was pushing “Trump supporters” away.

Multiple witnesses shared videos in which a gunshot could be heard, and police detained a suspect believed to be a member of the right-wing Proud Boys, although authorities have yet to confirm the identities of the shooter and the victim.

“There’s been a shooting on the Capitol Campus. The suspect has been detained. We do not have any status on the victim,” Washington State Patrol confirmed on Twitter.

Olympia Police Department declared the gatherings a riot and ordered the crowd to disperse, adding on Twitter that law enforcement was “engaging in response to continued assaultive behavior” elsewhere in the city after the “mob has broken into smaller groups.”

Clashes between the left- and right-wing groups have become somewhat of a tradition in Olympia, and just last week resulted in a similar shooting.

This week tensions in Washington State, as well as in DC, were fueled by the Supreme Court’s Friday decision to shoot down a last-ditch effort by Texas and several other states to block the results from multiple swing states where the president has alleged voter fraud.