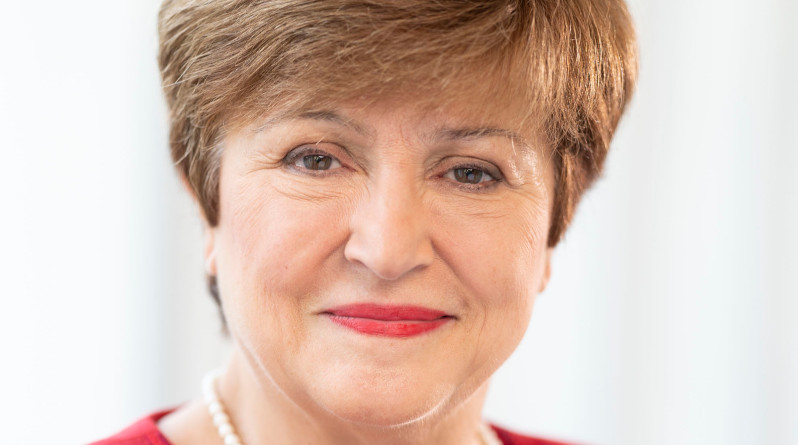 Thank you, Manisha, for the warm introduction, and thank you to the Monetary Authority of Singapore for the invitation. It’s a great honor to join policymakers and entrepreneurs from around the world.

2020 has been an extremely difficult year. The pandemic has caused immense suffering. Too much of the economic toll has been borne by the most vulnerable people, in wealthier and in poorer countries alike.

But there are some bright spots. Heroic nurses and doctors saving lives. Essential workers keeping the lights on, water running, and store shelves full.

And there are many others who kept businesses going – like the people of the technology industry. You have profoundly changed our ways of working, interacting, and living our daily lives. You have brought the digital future to our fingertips – and to our doorsteps.

Let me capture a vision of that future, and the four cornerstones needed to build it.

Picture a furniture maker – a skilled artisan – working in a factory in Thailand. Recession hits. She loses her job. Then, with an unemployment benefit sent to her phone, she starts her own workshop and sells locally.

The artisan makes and receives mobile payments. She chooses to share her payment data, allowing her to get an online loan, to hire people and grow her business. One day she gets a message asking if she ships abroad.

You no longer have to be big to be global.

A digital platform processes her payments from abroad at a low cost. And it provides insurance, savings, and investment options for her deposits, making her livelihood more resilient.

None of this would have been possible even ten years ago.

This is a story about human drive and ingenuity…

A story about a revolution in payments that erases physical distance; that generates data—which is the new gold and hence often the new collateral. It is about payments that are cheap and widely accessible; that are seamlessly integrated in our digital lives.

And as the way we make payments changes, our world changes. We can provide access to financial services for 1.7 billion adults who are still unbanked. And help many more vulnerable people who are currently paying high fees.

Also, the banking and financial industry is being reshaped by data, automation, and real-time analytics. Finally, payment innovations can change the international monetary system — the ways in which we transact across borders, access foreign assets, exchange currencies, and price goods.

Digital payments are not just for the tech-savvy – they have huge implications for the whole world.

So we must tread courageously – and carefully. We must ensure that payments evolve to meet user needs while remaining safe and resilient. That’s at the micro level. And at the macro level, we need to foster a financial sector and international monetary system that are efficient and trusted, equitable and inclusive, and still dynamic.

Let’s look at each.

Private sector innovation has served many people well. Think of the bank accounts in which we save, and the cards we use to pay. Or the mobile money of our artisan.

Many people still use cash, but the numbers can decrease rapidly: take Sweden, where only 10 percent of the adult population still uses cash, down from 40 percent a decade ago. In the same period, mobile money accounts in Kenya increased exponentially from 12 million to 61 million—more than the country’s population.

The private sector is best able to gauge the needs of people and businesses, provide the diversity of products and services they want, and take the risks necessary for innovation.

But we must ensure these risks do not translate into risks to end-users or the financial system. And we must avoid other pitfalls – such as monopoly power, or underserving vulnerable people.

For that, we need the other three cornerstones.

The next one is public sector involvement, to provide verifiable digital ID, communications infrastructure, central bank money, and other necessities.

Digital ID allows our artisan to enroll in new financial services. It is one precondition to financial inclusion.

The other is internet access – our story only works if the artisan is online. And nearly half the world’s people are not, including 75 percent of the population in Sub-Saharan Africa and nearly 70 percent in South Asia. The picture is reversed in North America, where 75 percent are connected.

The IMF strongly encourages investment in infrastructure now, as part of post-COVID recovery efforts. A synchronized public investment push is best. If countries act together, they can achieve two-thirds more at the same cost than if each country acts alone. And they can draw in critical private investment, too.

And of course, central bank money – traditionally notes, coins, and reserves – remains essential. The ability of our Thai artisan to convert the digital money she receives into local currency on demand is a key metric of stability.

Central bank currency also helps her accept payments in mobile money issued by different providers. Just like a common language, central bank money allows one provider to pay another. With this foundation, each fintech company can offer and evolve its own services. Interoperability gives wings to innovation and diversity in payments.

How should central bank money evolve in the digital age? As new payment providers emerge, will they, too, have access to central bank money? Will a digital version of notes and coins be introduced? Many countries are considering just that possibility.

While the form of central bank money may change, its function should not. It should still anchor the stability of other forms of money, while enabling their evolution and diversity.

The third cornerstone is equally important – robust regulatory and legal frameworks. They should allow innovation and start-ups to flourish, while achieving essential goals: protection and privacy for consumers, countering money laundering and other crimes, and providing stability and resilience for all.

Regulatory clarity is essential, and particularly challenging as technology and products evolve rapidly. Starting a business is not difficult because there are multiple forms to fill out. The real impediment is not knowing how many more there will be. New entrants will ask: what rules am I subject to? Will my product be considered a deposit, a security, a payment system, or something else?

In the tradition of Lee Kuan Yew, Singapore’s government continues to innovate – its new payments law is promising. It seeks to define digital payment instruments, and to adopt an activity- and risk-based approach to regulating payments.

Done right, that levels the playing field for new entrants: same activity, same risks… same rules. But evaluating these risks raises new questions. For instance, our artisan offered payments data in place of collateral. But are loans based on more accurate data and analytics less risky? Should she pay less?

Lawmakers and regulators should be given the resources to succeed and stay ahead of the curve. They will need to be far-sighted and collaborative given the wide ramifications of new payments: central banks and finance ministries working with antitrust agencies, privacy groups, data-protection agencies, law enforcement, civil society, and consumer advocates, just to name a few.

And just as money crosses borders, so too must our regulatory efforts. This brings me to the final cornerstone: international cooperation, including to facilitate international payments and manage spillover effects.

Will our artisan be able to send money across borders as easily as we send text messages? Or will she have to pay seven percent average fees, as do today’s 800 million people who depend on remittances?

But sending money is more involved than sending texts. It will require technology standards between digital monies, mutual regulatory and legal treatment, and ID systems that are trusted across borders. The Financial Stability Board, with IMF support, recently offered a roadmap to enhance cross border payments. But much work lies ahead to implement it.

Cooperation is also key to address spillovers. As digital money becomes more widespread, effects will ripple around the world. These include domestic currencies being swapped for more enticing foreign currencies, reduced monetary policy effectiveness, and circumvention of capital account restrictions.

Spillovers can be even more far-reaching. Under some conditions, new digital money can affect the international monetary system.

The nations of the world created the IMF to help them guide the international monetary system and make it an engine of growth for everyone. At a time when the risk of further divergence between rich and poor has increased, we recognize that responsibility has never been greater.

Today, we stand ready to help foster a more resilient monetary system – one that is more inclusive, smarter, and greener.

Nobel Peace Laureate and former Liberian President Ellen Johnson Sirleaf once said, “If your dreams do not scare you, they are not big enough.”

Global companies, start-up entrepreneurs, and our artisan are dreaming big. We need to make the payments revolution work for all.