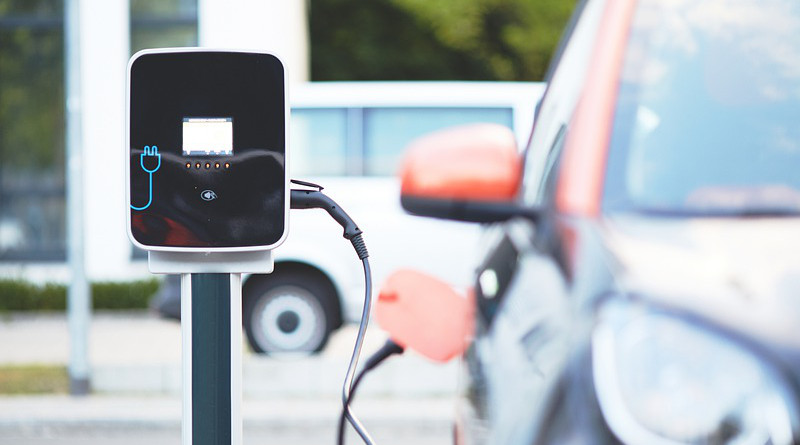 Joe Biden, his fellow Democrats, and apparently big U.S. automakers, have joined the rush to transform America’s transportation to 100% electric vehicles (EV) whether We the People want it or not. During an October town hall, Biden asserted that his plan would save “billions of gallons of oil” and help create a million auto industry jobs, in part by banning the sale or manufacture of new internal combustion (IC) engine vehicles by 2030. How this will happen in the Real World, he didn’t say.

Biden’s California-inspired vision excludes hybrid vehicles, includes installing 500,000 EV charging stations, and provides “cash for clunkers” style rebates for new EV buyers. But as of 2018, nearly half of EV registrations (256,800 out of 543,600) were in California, with Hawaii, Washington and Oregon not far behind. Yet as of 2018, EVs comprised less than 2% of California’s 15 million total vehicles – despite huge tax credits, free charging stations, free access to HOV lanes, and other subsidies and incentives.

Following China’s lead, U.S. automakers – not just Tesla – are all aboard for this big switchover. As IC vehicles are replaced and gasoline stations are transformed into EV charging stations, the pressure will rise to ditch remaining IC vehicles and buy more EVs. China-friendly General Motors plans to spend $20 billion on EV and self-driving vehicle technology through 2025, including 23 different EVs by 2023. Ford Motor Company has pledged to invest $11 billion by 2022 on EV development.

Biden is following in the footsteps of British Prime Minister Boris Johnson, whose new climate plan includes banning sales of gasoline-powered vehicles by 2030, and hybrids by 2035. But, as economist and Global Britain think tank director Ewen Stewart argued, this is “frankly one of the most illiberal and economically destructive policies ever to come from Whitehall. It risks hundreds of thousands of livelihoods and much-needed exports for the most marginal benefit.”

“The implications of this ban [in a country with only 1% EVs] are immense in terms of manufacture, supply chains, investment, sunk capital, employment, infrastructure, consumer choice, value of existing stock, and so much more,”  Stewart explained. “Never before has a government dared to close down an entire and critical industry almost overnight, by diktat.”

It is delusional, he continued, to believe that destroying a successful British industry by banning IC engines – rather than letting consumer choice determine the market – will be good for the economy. Today’s British automotive sector comprises a fifth of the nation’s manufacturing base, with over 80% of the 1.3 million cars it manufactures being exported. That’s 13% of the UK’s entire export market.

The UK automotive industry employs over 180,000 Britons directly and many hundreds of thousands more indirectly. But the United Kingdom cannot compete with China for the global EV market, because UK labor costs are far higher, and its energy is increasingly far more expensive and unreliable.

Worse, Stewart pointed out, this virtue signaling will have at best a miniscule benefits for the UK and global environment, but will be devastating for automobile owners. The British government already vastly diminished the value of the nation’s 12 million diesel vehicles with surcharges that cost owners of pre-2015 diesel vehicles up to $67 per week just to drive in “ultra-low-emission zones.” Other costs included doubling parking permit rates and higher taxes for diesel vehicles.

The new initiatives will do the same to gasoline-powered vehicles. They will phase out gasoline pumps, cause resale value to plummet, and devastate the nation’s export market.

Montford estimated that by 2050 the average household might have spent an extra £19,000 (US$25,460) – if they can still afford to own a vehicle. Moreover, with other government mandates driving up the cost of electricity, the cost of motoring could double, driving working classes entirely off the roads.

The absurdity of this British assault on its own existing auto industry is made even more ridiculous by the fact that wide-scale electrification doesn’t change current mobility patterns – and only manages to reduce transportation greenhouse gas emissions 15% by 2050, Spanish systems engineering expert Margarita Mediaville explained. To call EVs “green” or “sustainable” is patently absurd.

Ms. Mediaville’s company also found that manufacturing all those new EV batteries would deplete proven global reserves of copper, lithium, nickel and manganese, unless mining and/or recycling rates grow enormously by 2050. But opening new mines, mostly in other countries, as the European Union proposes, would have “devastating repercussions on water, biodiversity and the human rights of local communities.”

Mining and processing ores, and manufacturing batteries, would also require enormous amounts of fossil fuels, involve hundreds or thousands of tons of ore and overburden for every ton of finished metals, and result in prodigious emissions of pollutants and carbon dioxide. Indeed, a new report by Competitive Enterprise Institute analyst Ben Lieberman concludes that replacing gasoline with electricity as the energy source for vehicles does not eliminate those emissions, but only changes where they are emitted.

Yet another downside of vastly increasing the number of EVs is that the metals and minerals increasingly come from countries like China, Chile and Congo – where fair wage, child labor, workplace safety and environmental standards are far below anything the US or EU  would tolerate. EV batteries also require more energy to manufacture than batteries and engines for IC vehicles. Recycling them is likewise complicated, expensive, and fraught with pollution and public health risks.

The financial firm UBS found that replacing global sales of conventional IC vehicles with electric versions would require a 2,898% increase in lithium production; a 1,928% increase in cobalt; a 524% increase in graphite; a 105% increase in nickel; a 655% increase in rare-earth minerals; and at least a tripling of copper production. Coal, diesel and gasoline burning would also skyrocket, to fuel the work.

A separate report from Securing America’s Future Energy indicates China controls nearly 70% of electric vehicle battery manufacturing capacity, compared to just 10% by the USA. The report projects that 107 of the 142 EV battery manufacturing projects scheduled by 2021 will be in China, with only nine in the U.S. Moving toward mandatory EVs will clearly enrich China at America’s expense.

Before taking any steps toward converting America to EVs and non-fossil fuel electricity generation, U.S. policymakers must carefully examine the human and environmental costs – in precise numbers, including rising lung disease, cancer, injury and death rates in foreign mines, processing plants and factories.

They must also consider the impact on American workers and communities from outsourcing battery manufacturing to Chinese companies. The Chinese, with assistance from a President Biden, will happily take most of those manufacturing jobs back to the Middle Kingdom, while saddling American families with soaring costs for unreliable electricity, short-range driving and collapsing industries. Incredibly, our dependence on China for minerals and component parts for high-tech military equipment will also soar!

All these issues demand the attention of our legislators and regulators, environmentalists and journalists. Unless of course they’re just engaging in cheap virtue-signaling, and actually don’t give a hoot about American workers and energy consumers, the U.S. and global environment, or global adult and child workers who will put their health and lives at risk providing EV and other technologies.

*Duggan Flanakin is Director of Policy Research at the Committee For A Constructive Tomorrow (www.CFACT.org)