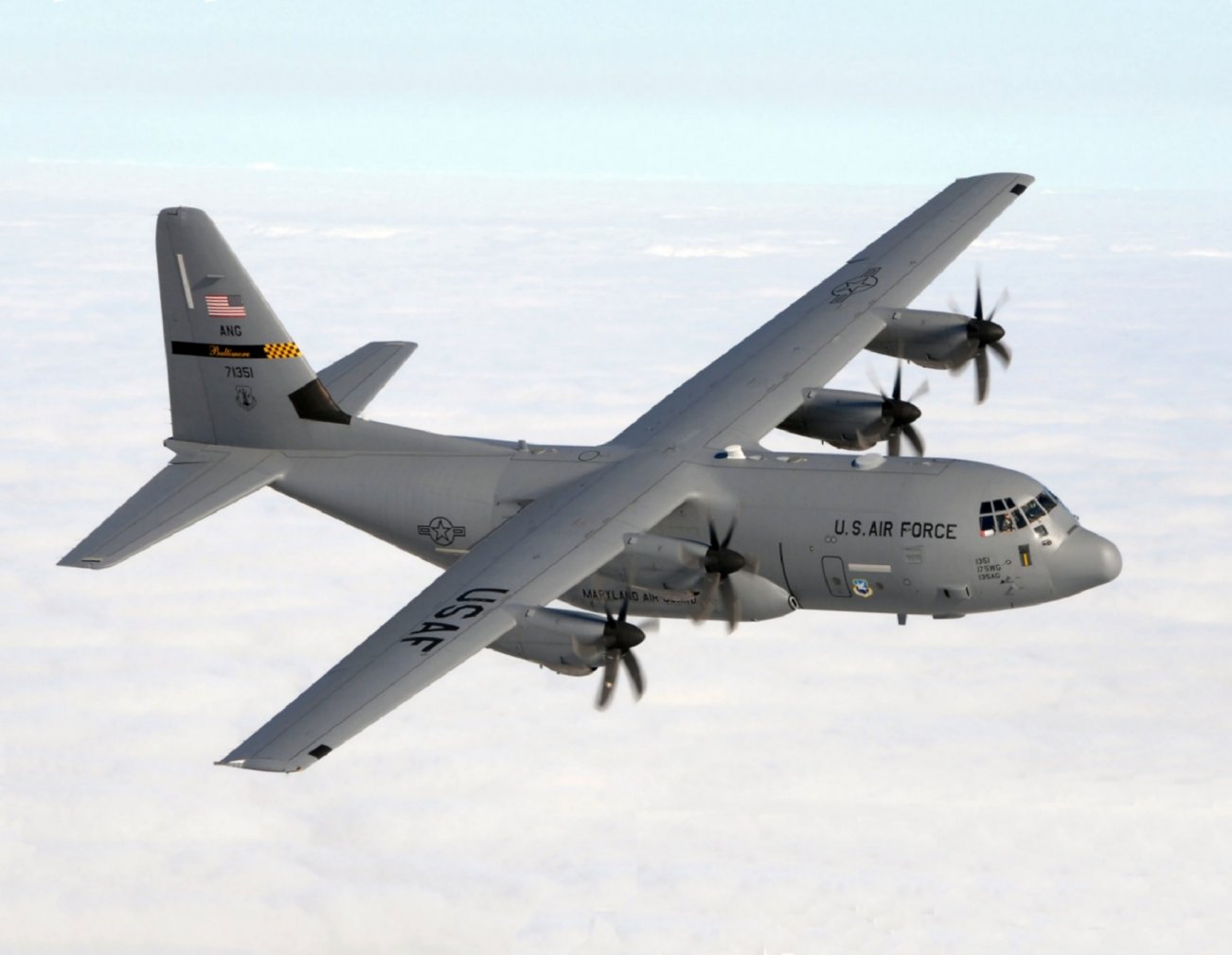 Here’s What You Need To Remember: Transports such as the C-130 are some of the only propellor-driven planes still active in the Air Force; they don’t go as fast, but have added versatility for special operations.

The U.S. Air Force is arming its cargo planes with bombs for attack missions in a clear move to expand the offensive warfare envelope for its fleet of tactical supply and transport aircraft, bringing a significant ability to drop weapons from austere, low-altitude, hard-to-reach areas.

An Air Force C-130J released palletized weapons in three separate airdrops as part of an Air Force Special Operations Command simulation to expand the mission scope for the cargo-tanker aircraft.

The Special Operations plane released three Combat Expendable Platforms carrying munitions stacked up on wooden pallets. The CEPs, according to an Air Force report, were configured with six simulated munitions, the same mass as the actual weapons across a “spectrum of high and low altitude airdrops.”

The weapons not only separated properly from the aircraft but also separated from the CEPs to travel along a desired trajectory. The Air Force report described it as “innovative weapons concepts” to bring new attack dimensions to the “high-end” fight.

Arming cargo planes in this way does introduce several new interesting tactical dynamics. Propeller-driven airplanes such as the C-130 have a much-increased ability to operate, take off and land in rugged, uneven or even rocky terrain. Should a piece of dust, debris or small rock hit the airplane, its engines are not in jeopardy of being totally disabled. Therefore, such an attack scenario could, in particular, benefit forward-operating small Special Operations teams detached from larger mechanized support. An armed C-130 could help fortify an AC-130 gunship by bringing air-dropped bombs to the fight.

This would open up a new range of attack options such as penetrating, bunker-buster attacks for enemies buried in caves, bunkers or buildings; it could help drop “area” bombs with proximity fuses to disperse fragmentation throughout groups of concentrated personnel; it could even allow for some kinds of higher altitude attacks on certain kinds of moving enemy vehicles in areas harder to reach by aircraft in need of a runway strip. This kind of offensive capability could lend additional airpower support to other air assets performing Close Air Support for forces caught in a ground firefight, enabling troops to maneuver safely in combat. Finally, air-dropped bombs are not only able to draw upon an ever-increasing measure of variable-yield, tailorable explosive effects, but they can also be used with increased accuracy for more precise, pinpointed attacks in areas where a smaller explosion is needed, such as urban or more populated target areas.

Higher altitude attack planes such as fixed-wing fighters or bombers, of course, operate with unprecedented levels of precision, yet there may be certain hidden or concave areas less visible to long-range sensors, underscoring the need for a closer-in air drop attack. Also, an ability to drop bombs from cargo planes would undoubtedly expand “dwell time” over target areas for attack, especially if airstrip runways were very far away, limiting the time fighters could spend searching for targets over key areas.

This kind of warfare adaptation for cargo planes is also consistent with the Air Force’s longer-term strategy for advanced weapons. Laser weapons now-in-development in particular, fit within this kind of tactical scenario. The Air Force Research Laboratory has for quite some time been working on aircraft fired laser weapons. One of the challenges with this is of course the need to condense and transport effective amounts of mobile electrical power. Much progress is being made, and the ultimate plan is to arm fighter jets with air to air and air to ground lasers. In the meantime, as a step toward this eventual goal, the Air Force plans to first arm cargo planes with laser weapons because they are better able to accommodate transportable power. The form factors have not miniaturized enough to the point where strong enough lasers can fire from fighter jets, as the power systems need to be mobile and lightweight yet very strong. Therefore, cargo planes offer an excellent intermediate step with which to fire lasers from the air, a tactical scenario greatly enhanced by an ability to launch air-dropped bombs.

Kris Osborn is the defense editor for the National Interest. Osborn previously served at the Pentagon as a Highly Qualified Expert with the Office of the Assistant Secretary of the Army—Acquisition, Logistics & Technology. Osborn has also worked as an anchor and on-air military specialist at national TV networks. He has appeared as a guest military expert on Fox News, MSNBC, The Military Channel, and The History Channel. He also has a Masters Degree in Comparative Literature from Columbia University. This article first appeared in June 2020.