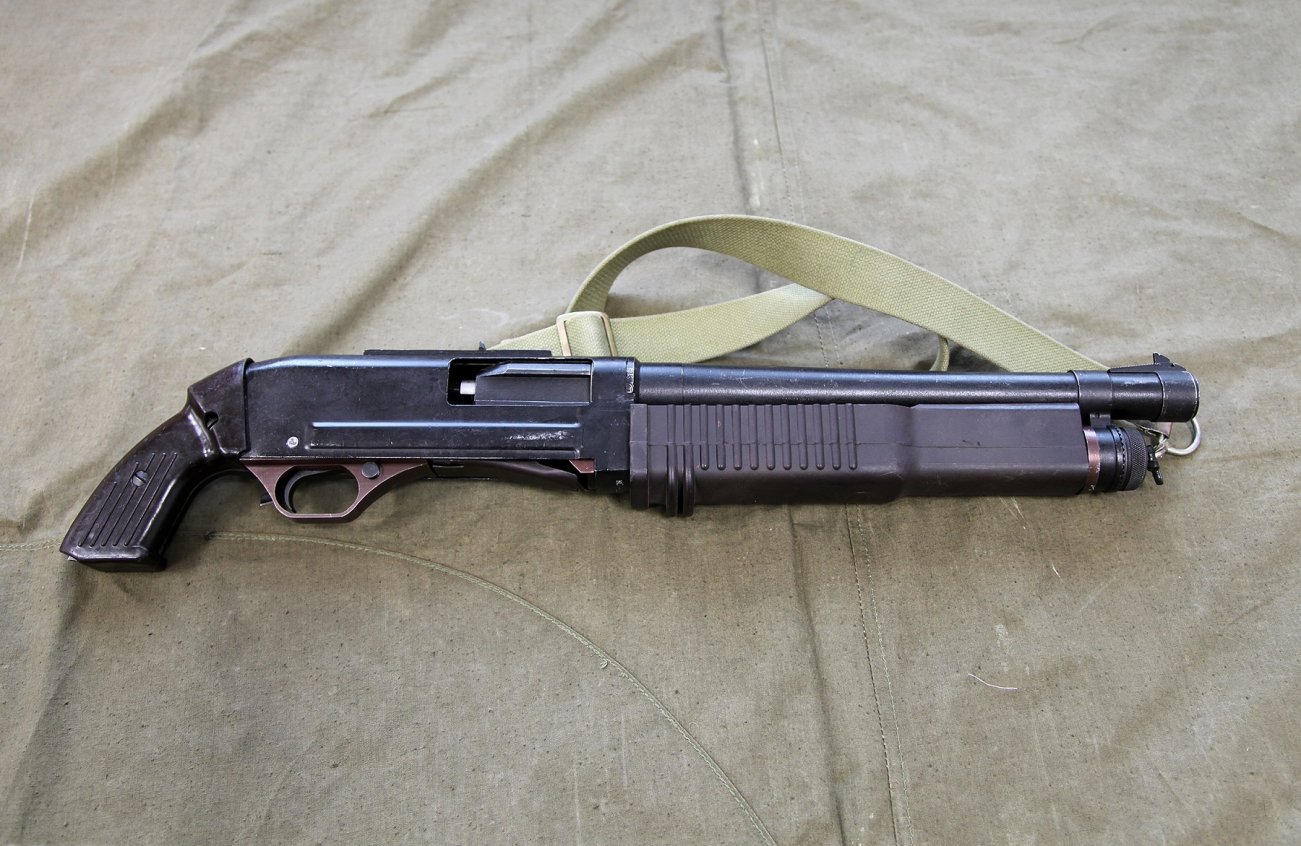 Here’s What You Need To Remember: Unfortunately for you, the gun is illegal to own in the United States.

The huge KS-23 was designed for police and riot control officers. Rather than manufacturing new barrels, the original design incorporated cut-down 23 millimeter barrels designed for aircraft. These barrels had been rejected due to manufacturing defects which made them insufficiently robust for use in planes. However, for use in lower pressure firing, like shotguns, the barrels were deemed sufficient.

Several variants of the big-bore gun were built, the original in the 1970s. The standard and original variant had a fixed wooden stock. Like other shotguns, shotgun shells were loaded via a three-round tubular magazine underneath the barrel. This hindered the KS-23’s capacity. With a full magazine and one shell in the chamber, the shotgun had a paltry four-round capacity. In addition to various rubber or plastic crowd dispersal rounds, 23mm gas and stun cartridges are also in use.

Later variants were improved somewhat, incorporating a removable heavy wire buttstock, and a higher capacity seven-shell magazine. There is also a civilian version of the shotgun available for purchase on Russia’s civilian hunting market that offers both various large buckshot loadings, as well as massive 23-millimeter lead slugs for taking down large game.

Besides various policing forces and border protection services in both Russian and various Central Asian countries, the KS-23 is also in use with North Korea, though it is unclear in what capacity.

According to reports, Pyongyang does have a fair number of the shotguns, though it is unknown exactly how many. NK News reports that China exported ammunition to the Hermit Kingdom in both 2012 and in 2014. The transfer occurred without informing the United Nations, as required by UN Resolution 1874. The resolution requires a notification period of at least five days before any such transfer would take place.

The KS-23 is undeniably massive, and it is still used today. Don’t expect to get your hands on one anytime soon though. Thanks to the massive barrel diameter, the gun is banned by U.S. federal law.

Caleb Larson is a Defense Writer with The National Interest. He holds a Master of Public Policy and covers U.S. and Russian security, European defense issues, and German politics and culture. This article first appeared in June 2020.