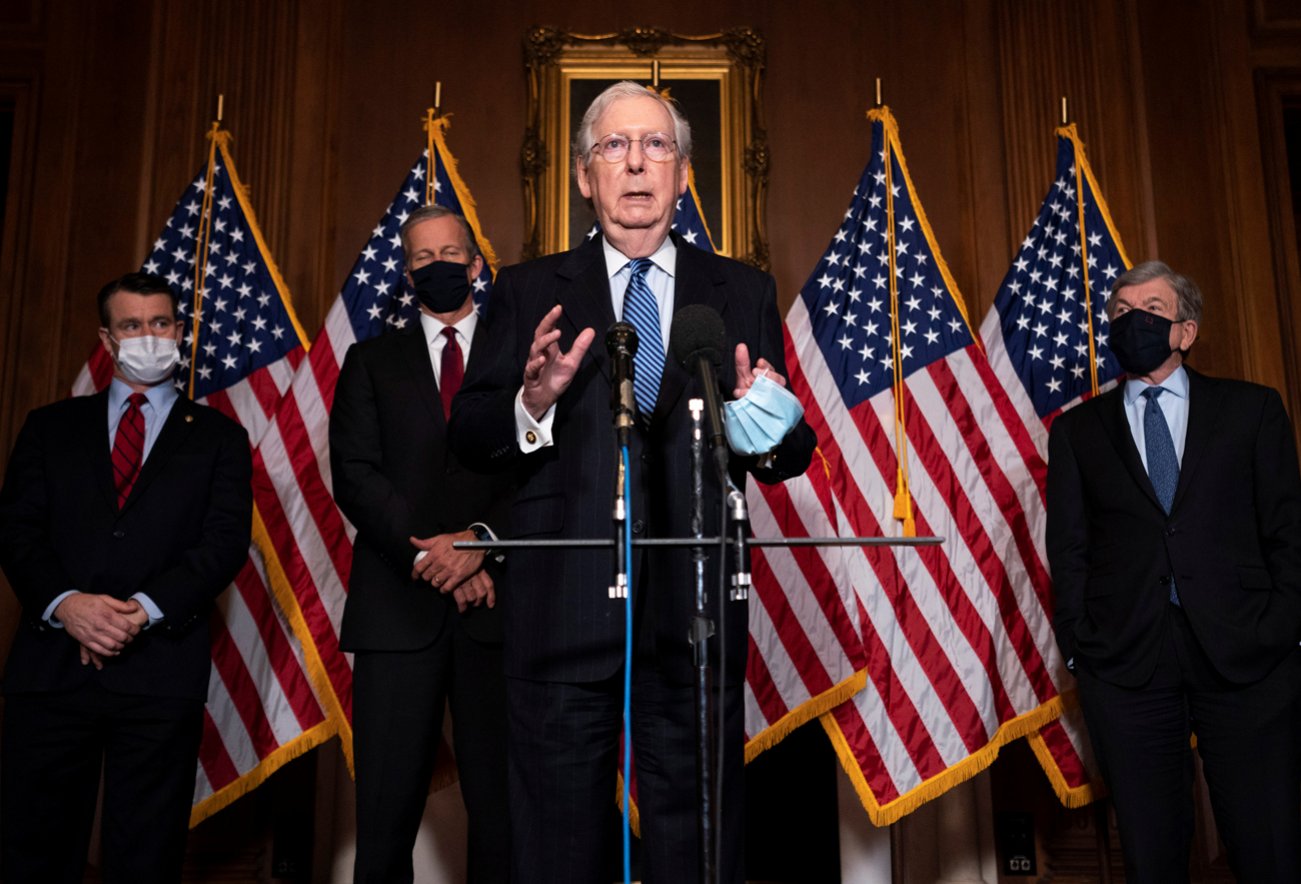 White House negotiators put forward a $916 billion economic relief proposal on Tuesday—likely a nonstarter for Democrats—as the package cuts federal unemployment insurance but offers scanty stimulus checks, provisions that have served as the party’s top priorities in past negotiations.

The offer extends other expiring federal unemployment programs but slashes supplemental weekly jobless benefits. But while a jobless aid provision was nixed from the framework, Mnuchin provided $600 stimulus checks per person and $600 per child, adding to the swirl of arguments over whether to include direct payments in an upcoming relief package.

“It’s a very good offer,” House Minority Leader Kevin McCarthy (R-Calif.), who reportedly reviewed the White House deal along with Senate Majority Leader Mitch McConnell (R-Ky.), said. “It focuses on the things that need to be there.”

The administration’s package also included funds for coronavirus vaccine development and distribution and aid for small businesses through the Paycheck Protection Program.

“The bipartisan talks are the best hope for a bipartisan solution,” Pelosi and Schumer said in a joint statement. “The President’s proposal starts by cutting the unemployment insurance proposal being discussed by bipartisan Members of the House and Senate from $180 billion to $40 billion. That is unacceptable.”

Both proposals are a significant reduction in unemployment insurance compared to the Cares Act passed in March, which pumped $600 weekly jobless benefits into unemployed Americans’ pockets, as well as $1,200 stimulus checks based on income. Top congressional leaders from both sides of the aisle haven’t been able to strike a deal for months, as the language and funds allocated for unemployment insurance, stimulus checks, state and local government aid and liability protections have boiled arguments, resulting in an ongoing partisan deadlock.

But economists caution that neither $300 unemployment benefits or a $600 stimulus check would be enough to help the strained economy, as millions of small businesses and restaurants have shuttered and the unemployment rate reached double-digits in the spring.

“It’s likely that neither the $300 UI benefit nor the $600 stimulus check alone would end up being enough to keep the economy humming while COVID cases are still peaking.  That said, if I had to pick one or the other I’d have to go with the UI,” Patricia M. Anderson, an economics professor at Dartmouth College, said, noting that many of the stimulus checks pumped into the economy from previous coronavirus-related legislation were “just saved, not spent, meaning they had no actual stimulating effect on the economy.”

“Unemployed people will undoubtedly spend their extra money, so that’s better for the economy, and an extra $300 a week will likely be more total dollars than the $600 per person unless they have a big family and very short unemployment spell, so also better for the unemployed,” Anderson added.

Debates over the cash payments have been one of the recent centerpieces on the negotiating table, with Sen. Bernie Sanders (I-Vt.) even saying that he’ll oppose the package due to the exclusion of stimulus checks in the bipartisan framework.

But moderate lawmakers involved in writing the compromise plan understand the support behind direct payments but argued that the bill targets those that need immediate federal help like small businesses and renters assistance.

“I know there’s considerable public support for it, but right now we’re targeting struggling families, failing businesses, health-care workers, and we don’t have a stimulus check to every single person, regardless of need,” Sen. Susan Collins (R-Maine) told reporters.

Anderson and other economists say that “underemployed” workers who had to shave their hours due to coronavirus restrictions are also in dire need of federal aid.

“America needs to deliver for those who have been hardest hit by both the pandemic and the lack of work. That includes the unemployed and the underemployed who have had their hours reduced,” David Blanchflower, an economics professor at Dartmouth, said. “There is an urgency to make sure unemployment benefits don’t run out as so many people are struggling to buy food.”

“My concern about only upping [unemployment insurance] is that there are definitely a set of underemployed people who need help, whether with food, housing, energy or just other expenses,” Anderson said. “My preference would be to find a way to also help these people without it just being a broad-based money drop.”

Bipartisan negotiators also set aside $160 billion for state and local governments, as well as a section for liability protections for businesses, though the two provisions lack specific details on the provisions. The White House package also included both sections, meeting the demands of both sides of the aisle, as Democrats have advocated for increased state and local government funds and Republicans have pushed for liability shields for businesses, schools, hospitals and firms for coronavirus-related lawsuits.

Lawmakers are racing to reach partisan agreements, as several key economic programs are set to expire, which could leave nearly twelve million unemployed Americans with no government aid, and as both chambers are expected to vote on a one-week stopgap legislation that would prevent a government shutdown this weekend.