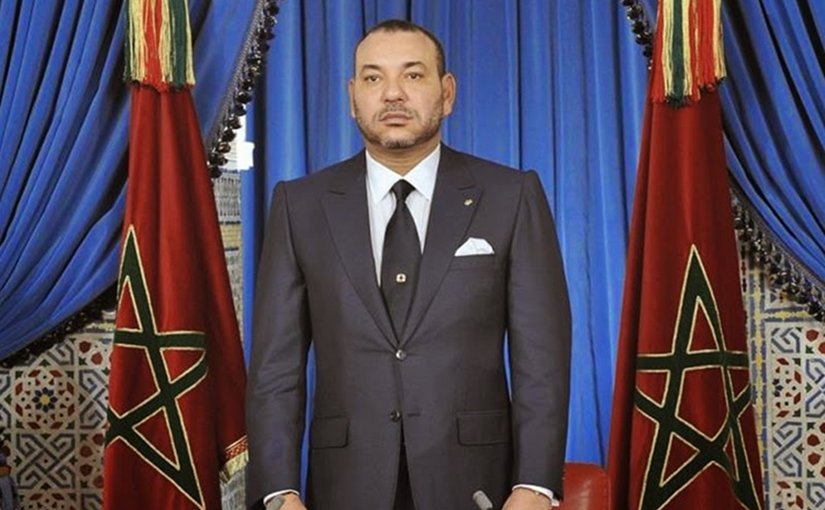 Israel and Morocco have agreed to normalize relations, US President Donald Trump announced on Thursday. It is the fourth such agreement between Israel and Arab nations in the past four months.

Trump also announced that the US will recognize Morocco’s longstanding claim to the Western Sahara region, rejecting claims by the territory’s Saharawi people who want independence.

Morocco, a member of the Arab League, officially communicated its recognition of the Jewish state to Israeli Prime Minister Benjamin Netanyahu on Wednesday.

Netanyahu praised the US president for the “extraordinary efforts” he has made to convince several Arab countries to recognize Israel. The UAE, Bahrain and Sudan agreed to normalize relations this year. Egypt did so in 1979 and Jordan in 1994.

“President Trump, the people of Israel and the State of Israel will be forever indebted to you for your magnificent efforts on our behalf,” said Netanyahu. “I want to thank, too, the King of Morocco, King Mohammed VI, for taking this historic decision to bring a historic peace between us.”

In a telephone call to Palestinian President Mahmoud Abbas, King Mohammed stressed that his country’s position on the Palestinian cause remains unchanged. He said Morocco supports the two-state solution, and that negotiations between the two sides represent the only way to reach a final, lasting and comprehensive solution to the conflict.

Morocco’s recognition of Israel came on the eve of the Jewish holiday of Hanukkah, which began on Thursday evening.

“I think that this is the foundation on which we can now build this peace,” Netanyahu said as he announced the agreement. “We’ll resume liaison offices quickly between Israel and Morocco and work as rapidly as possible to establish full diplomatic relations. We’ll also institute direct flights between (the countries), giving this bridge of peace an even more solid foundation. This will be a very warm peace.”

He added: “The light of peace on this Hanukkah day has never shone brighter than today in the Middle East.”

Trump, who brokered the deal through his son-in-law, Jared Kushner, said the US will now recognize Morocco’s longstanding claims to control of territory in the Western Sahara, in what appeared to be a quid pro quo.

Morocco’s government has been in dispute over the territory with the indigenous Saharawi people, who want an independent state.

“The US believes that an independent Saharawi state is not a realistic option for resolving the conflict and that genuine autonomy under Moroccan sovereignty is the only feasible solution,” Trump said.

“We urge the parties to engage in discussions without delay, using Morocco’s autonomy plan as the only framework to negotiate a mutually acceptable solution. To facilitate progress toward this aim, the US will encourage economic and social development with Morocco, including in the Western Sahara territory, and to that end will open a consulate in the Western Sahara territory, in Dakhla, to promote economic and business opportunities for the region.”

Before Israel was established in 1948, Morocco was home to a large Jewish population. Many of its members were descendants of Jews who migrated to North Africa from Spain and Portugal during the Spanish Inquisition.

Hundreds of thousands of Israeli Jews can trace their lineage to Morocco, and form one of the largest sections of Israeli society. There is also a small community of Jews, estimated to number several thousand, still living in Morocco.

An estimated 50,000 Israelis visit Morocco each year to learn about the Jewish community there and explore their family histories.

President-elect Joe Biden’s transition team declined to provide an immediate comment on the agreement. Biden has backed increased Arab recognition of Israel but a change in the official position on an issue such as the Western Sahara is unusual for a lame-duck administration.