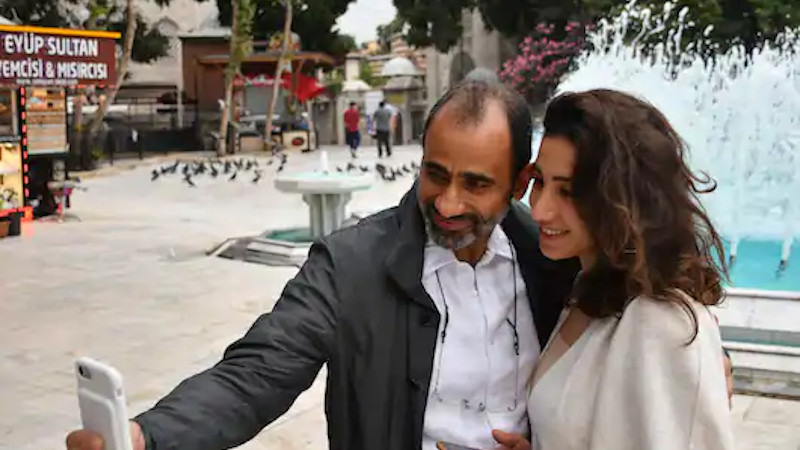 A Saudi court sentenced a prominent Saudi-American medical doctor to six years in prison on December 8, 2020 on vague charges mostly tied to his peaceful political views and expression, Human Rights Watch and The Freedom Initiative said.

Saudi authorities have banned Dr. Walid Fitaihi, 56, from travel since November 2017, along with seven members of his family, all of whom are also US citizens. The Saudi government has also frozen his family’s assets since 2017. Dr. Fitaihi remains free pending appeal.

“Saudi authorities’ railroading of Dr. Walid Fitaihi under broad charges shows that the government has no intention of loosening its clampdown on peaceful critics,” said Adam Coogle, deputy Middle East director at Human Rights Watch. “The message to Saudi citizens is clearly that any expressed view that contradicts official Saudi domestic or foreign policy will lead straight to prison.”

A source with direct knowledge of the case told Human Rights Watch that the Specialized Criminal Court, Saudi Arabia’s terrorism court, issued the ruling on December 8, sentencing al-Fitaihi to six years in prison, two of which are suspended. The vague charges include “breaking allegiance with the ruler” by “sympathizing” with a “terrorist organization,” “offending other countries and their leaders,” and obtaining a “foreign [US] nationality” without prior permission from Saudi authorities, a rule rarely enforced.

Dr. Fitaihi was acquitted of financing terrorism, a charge brought in 2017. In a surprising turn of events, the court used its “discretionary authority” to hand down the sentence, rather than the terrorism laws that the prosecution alleged that Dr. Fitaihi had broken.

The US administration has repeatedly, publicly and privately, raised Dr. Fitaihi’s case with Saudi authorities, with members of the Senate and House of Representatives also noting its unjust dimensions. On December 10, a group of five US Senators issued a statement demanding Dr. Fitaihi’s release, calling the sentence “unacceptable.” The statement also condemned the ongoing prosecution of Salah al-Haidar and Bader al-Ibrahim, two other US-Saudi dual citizens detained in April 2019 for peaceful criticism.

Saudi authorities arrested Dr. Fitaihi in November 2017 and held him without charge or trial for 21 months. In August 2019, he was finally brought to trial on vague charges including sympathizing with the Muslim Brotherhood and publicly criticizing Egyptian President Abdel Fattah al-Sisi, with only a few vague tweets provided as evidence.

A few months earlier, in March, Dr. Fitaihi had alleged he was tortured in detention, including by being slapped, blindfolded, stripped to his underwear, bound to a chair, and shocked with electricity. The authorities raided the family’s home in Jeddah shortly thereafter and seized all the computers and mobile phones in the house, likely in response to the torture allegations. Human Rights Watch has previously reported on the serious abuses against dissidents detained for their peaceful activism or criticism, including torture, ill-treatment, and arbitrary travel bans on family members.

The Saudi government has engaged in an unrelenting assault on fundamental freedoms, including jailing and harassing public dissidents and human rights activists, which has significantly increased under the de facto leadership of Crown Prince Mohammad bin Salman. As part of a deliberate strategy to deflect from these types of human rights abuses, the Saudi government spends billions of dollars hosting major entertainment, cultural, and sporting events.

“Though the advocacy of the US government advocacy for Fitaihi resulted in his release from prison, it fell drastically short of securing his freedom,” said Mohamed Soltan, president of The Freedom Initiative. “Fitaihi’s sentencing is a dangerous step in the wrong direction, and the US government should spare no effort to get it reversed and his case resolved once and for all. Dr. Fitaihi and his family should be allowed to return to the US without further reprisals.”