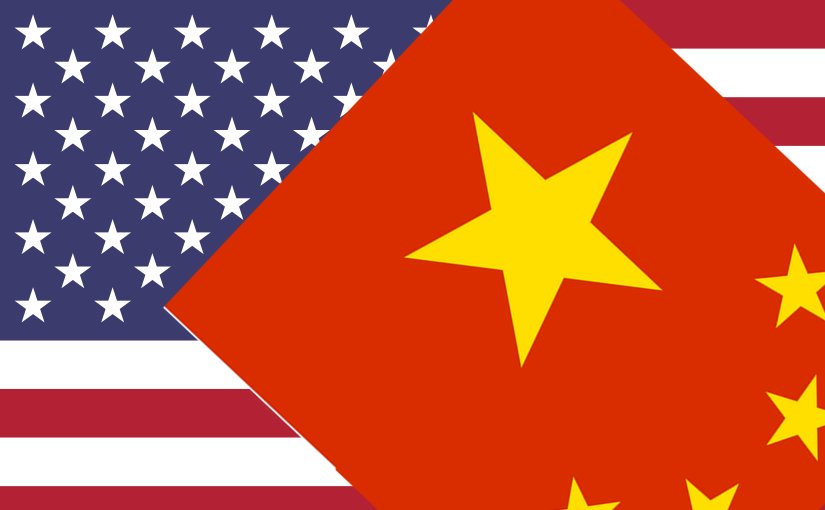 For the second time in two years, a prominent Democratic member of Congress has become embroiled in a China spy controversy. Rep. Eric Swalwell (D-CA), a leading progressive voice in blue ranks who briefly ran for president in 2019, has been caught up in an investigation of a honeypot operation by the communist superpower that targeted American politicians between 2011 and 2015, when Barack Obama still resided in the White House.

Once again, a Democrat is feared to have been personally compromised by a Red Chinese intelligence asset. In July 2018, the stunning news broke that Sen. Dianne Feinstein (D-CA), a longtime member of the Senate Intelligence Committee, had employed a Chinese spy on her personal staff for 20 years. Feinstein’s husband Richard C. Blum made a financial killing in China starting in the mid-1990s, right as Feinstein assumed her influential role on the committee.

Swalwell has been one of the more vocal Democrats criticizing President Trump over alleged Russian ties. The news site Axios reports that an attractive Chinese female spy going by the name of Fang Fang or Christine Fang “took part in fundraising activity for Swalwell’s 2014 re-election campaign, according to a Bay Area political operative and a current U.S. intelligence official.”

“Swalwell’s office was directly aware of these activities on its behalf, the political operative said,” Axios detailed. Furthermore, “Fang helped place at least one intern in Swalwell’s office, according to those same two people, and interacted with Swalwell at multiple events over the course of several years.”

Fang is said to have engaged in sexual relationships with “at least” two Midwestern mayors as part of her activities in the United States.

‘We Had Our Old Friends’

At the same time the Swalwell story went public, a stunning video also surfaced in which a Beijing professor delights in telling a Chinese audience that the nation wields exorbitant control over political and financial elites in Washington and on Wall Street. Di Dongsheng is a professor and associate dean of the School of International Studies at Renmin University in Beijing. In a speech apparently made in late November and televised nationally in China, the professor asks his audience:

“Trump waged a trade war with us. Why couldn’t we handle him? Why is it that between 1992 and 2016 we always resolved issues with US? Did you guys know?”

He then answers his question:

“Now, I’m going to drop a bomb: Because we had people up there inside America’s core circle of power, we had our old friends … In plain and simple language, during the last three to four decades, we used the core circle inside America’s real power. Wall Street had a very profound influence over America’s domestic and foreign affairs since the 1970s. We used to heavily rely on them.”

There you have it. A ranking intellectual in communist China confirms that America’s corporate and political elites have been selling out this nation to a foreign power for decades. He also states that the operation was stymied for four years by a Trump administration that wouldn’t play ball.

But the Chinese are all smiles today, as they believe things are about to resume rolling once again with establishment man Joe Biden installed in the White House. Di exclaimed:

“Now with Biden winning the election, the traditional elites, political elites, the establishment, they have a very close relationship with Wall Street.

“You all heard that Trump said Biden’s son has securities companies all over the world. But who helped Biden’s son build his global companies?

“There are indeed buy-and-sell transactions involved in here, so I think at this particular time, it is of strategic and tactical value for us to show goodwill to [Biden].”

‘I Promise You… We Will Be Back’

Americans do not have to dig into the tangled web of corruption surrounding Hunter Biden’s foreign business dealings to understand why China is excited over the prospects of a Joe Biden administration. All they have to do is take the former vice president’s publicly spoken words at face value.

The Munich Security Conference is an annual globalist get-together every bit as significant in elitist circles as the World Economic Forum’s yearly gatherings in Davos. Biden has addressed the Munich confab on multiple occasions.

In February 2013, while serving as Obama’s VP, he told the conference of his earnest desire for close and cordial relations between the U.S. and China:

“At the request of President Obama and Chinese President Hu two years ago, we were asked – they asked us both – both President Xi – Vice President Xi and I to spend some more time together. We traveled to each other’s countries, spent literally scores of hours together, spent 10 days together in each of our countries – five and five.

“And I believe that – President Obama and I believe that this – establishing personal relationships with an emerging Chinese leadership – is critically important not only to the United States, but that we know and they know where we stand. We fully understand one another. I say to my colleagues in the House and the Senate, Tip O’Neill used to say, all politics is local. I believe all politics, particularly international politics, is personal. I think personal relationships matter.

“So when I visited China I made it absolutely clear that the United States does not view China with hostile intent and that we can cooperate and compete simultaneously.”

This cozy spirit of outright friendship with China was waylaid by the rise of Trump and his America First movement. But even as he sat outside of power, Biden assured his fellow globalists that they would be back in business soon. At the 2019 Munich Security Conference, Biden denounced tariffs, immigration-enforcement measures on the U.S.-Mexico border and any reduced role for America’s military on the world stage. He then told his internationalist audience:

It’s easy to see, then, why the Chinese are ebullient over their prospects in a Joe Biden-led America. And really, why should they or Democrats be concerned about the Swalwell affair? Feinstein faced the gravest allegations imaginable for a sitting United States senator in 2018. Not only did she skate by unscathed, she wasn’t even thoroughly questioned on the matter.

A serious country would never have allowed Dianne Feinstein to shrug off a scandal with such severe national security implications and go on her merry way in the upper chamber of Congress. After all, such taken-for-granted impropriety is the stuff of banana republics. You know them, dontcha? They’re the kind of countries that can’t even conduct an honest election.

*About the author: Political Columnist at LibertyNation.com Joe Schaeffer is a veteran journalist with 20+ years’ experience. He spent 15 years with The Washington Times, including 8+ years as Managing Editor of the newspaper’s popular National Weekly Edition. Striving to be a natural health nut, he considers staring at the ocean for hours to be an act of political rebellion.