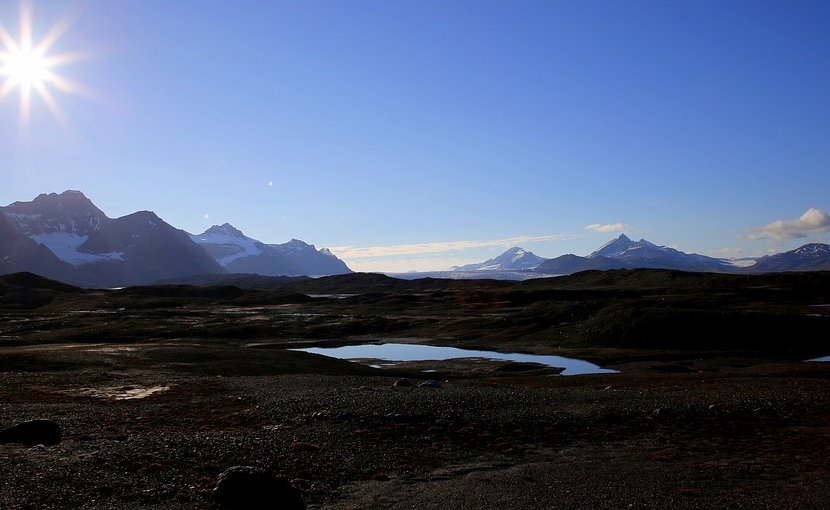 Around a quarter of the ground in the northern hemisphere is permanently frozen. These areas are estimated to contain about twice as much carbon as the world’s current atmosphere. New research says that these permafrost soils are not only increasingly thawing out as the Earth becomes warmer, but also releasing that carbon, which accelerates the thawing.

An international research team that includes Thomas Borch, Colorado State University professor in the Department of Soil and Crop Sciences, and Monique Patzner, a Ph.D. student at the University of Tübingen’s Center for Applied Geoscience in Germany, has investigated the way this development affects the microorganisms in the soil. Their results have been published in Nature Communications. Borch, who co-advises Patzner, also holds appointments in the CSU Department of Civil and Environmental Engineering and Department of Chemistry. Patzner was lead author on the paper.

The team worked on the assumption that thawing increases the availability of organic carbon for microorganisms to process, in turn releasing vast amounts of carbon dioxide and methane. These gases accelerate the greenhouse effect, leading to further permafrost thawing in a vicious cycle.

Rising temperatures lead to collapse of intact permafrost soils, resulting in landslides and the widespread formation of wetlands. In this latest study, the team investigated what happens to the carbon trapped in the soil when the permafrost thaws out.

“The organic material naturally present in the samples accumulated as peat over thousands of years. With permafrost thaw, microbes become active and are able to decompose the peat,” Kappler said. “We also know that iron minerals preserve organic carbon from biodegradation in various environments – and thus they could be a carbon sink even after the permafrost has thawed.”

The reactive iron is present as a kind of rust and might be expected to trap the organic material in what the scientists call a “rusty carbon sink.”

The team investigated the storage potential of the rusty carbon sink at a permafrost peatland at Stordalen mire, Abisko, Sweden. There, samples of the soil porewater and drill cores of the active layer were taken along a permafrost thaw gradient. The research team examined how much organic material was bound to reactive iron minerals, how stable these iron-carbon associations are with permafrost thaw, and whether the microorganisms present could use the material as a source of food and energy. The team also carried out experiments in the laboratory in Tübingen.

Borch’s team was responsible for characterization of the iron mineralogy along the permafrost thaw gradient using synchrotron-based radiation at the Stanford Synchrotron Radiation Lightsource. They observed a loss of poorly crystalline iron and a decrease in organic matter-chelated iron, but an increase in iron-bearing clays and iron sulfurs along the thaw gradient.

The team found that microorganisms are apparently able to use the iron as a food source, thereby releasing the bound organic carbon into the water in the soil.

“That means the rusty carbon sink cannot prevent the organic carbon from escaping from the thawing permafrost,” Kappler said. “Based on data available from elsewhere in the northern hemisphere, we expect that our findings are applicable for permafrost environments worldwide,” added Bryce

Patzner explained that the rusty carbon sink is only found in intact permafrost soils and is lost during permafrost thaw. Now the researchers are seeking to find out how this facilitates greenhouse gas emissions and thus global warming.

“It appears that the previously iron-bound carbon is highly bioavailable and, therefore, bacteria could immediately metabolize it into greenhouse gas emissions,” Patzner said. “This is a process which is currently absent from climate-change prediction models and must be factored in.”