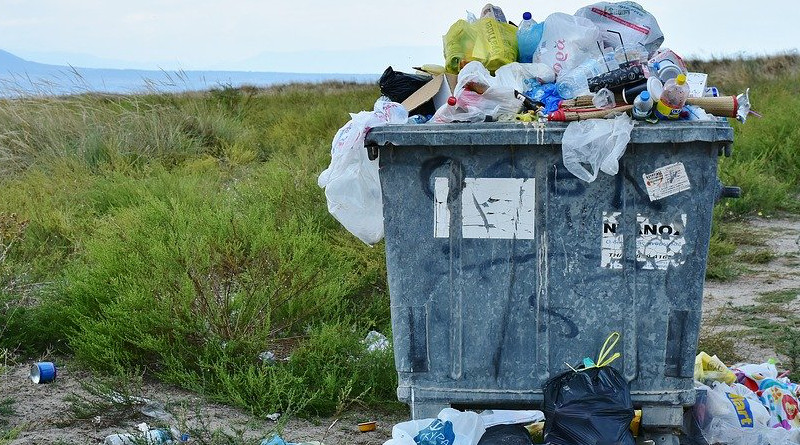 On January 1, 2021, it will immediately be illegal for 187 countries, including China, Mexico, Malaysia, India, and Indonesia that are parties to the Basel Convention to receive a variety of mixed and contaminated plastic wastes collected from the United States.

These plastic wastes that are routinely collected from American households by cities and their waste haulers and just as routinely shipped to developing countries around the world have been newly listed in the Basel Convention to be subject to international control. And, with less than a month to go before this trade from the US becomes what Interpol will consider illegal trafficking in waste, neither the US federal government nor state governments appear to have a plan to comply with the new rules.

Rather, in recent weeks, US companies and municipalities, far from tapering off to meet the January 1 deadline, have increased their exports to developing countries where the recycling that does take place is highly polluting and much of the imported plastic bags and food containers don’t get recycled at all, but are simply dumped and burned.

“The grand American strategy to combat plastic waste appears to be to export as much of it as possible,” said Jim Puckett, Executive Director of the US-based Basel Action Network. “This country is the biggest source of the global plastic crisis and our big solution is simply to push the problem onto our global neighbors that have even less technology to properly deal with it.”

According to a recent study, the US produces the most plastic waste per capita of any country in the world. At the same time, the US is the only developed country in the world that has not ratified the Basel Convention — a treaty which keeps the waste of rich countries from flooding poorer nations. The only other countries that have failed to ratify it are East Timor, Grenada, Haiti, San Marino, and South Sudan.

In the last quarter of this year US exports to developing, non-OECD countries increased by 25% from 77,424 to 97,093 metric tonnes. And following protests arising in Asia about this trade, have alarmingly begun to shift towards Latin America. In the first quarter of this year, Latin America received 11,017 tonnes, and in the 3rd quarter the exports to Mexico, Honduras, El Salvador, and other Latin American countries have increased by 73% to 19,061 tonnes.*

Meanwhile, the US and Canada have penned an “arrangement” which reneges on the Basel Convention’s new Plastic Waste Controls for trade between the two countries. It will allow the US to export its plastic waste to Canada to be burned in cement kilns or steel furnaces — operations that will exacerbate climate change while creating more toxic air pollution.  Meanwhile, by this new “arrangement” Canadian waste can flow through the US and onward to Asia and Latin America.

“The US must stop playing the role of spoiler to our beleaguered Earth,” said Puckett. “There is simply no more time to waste, and no more waste at this time can we accommodate safely on a finite planet. We call on the Biden Administration to take steps to prevent plastic waste at source and shut the shameful export pipeline.”

BAN as part of the greater Break Free from Plastics Movement is calling for the Biden Administration to not only rejoin the Paris accord but for the first time to ratify the Basel Convention as well. In so doing, they are also calling on the US to extend the Basel Ban on hazardous waste exports to developing countries, to include the newly listed plastic wastes as well.

*Founded in 1997, the Basel Action Network is a 501(c)3 charitable organization of the United States, based in Seattle, WA. BAN is the world’s only organization focused on confronting the global environmental justice and economic inefficiency of toxic trade and its devastating impacts.