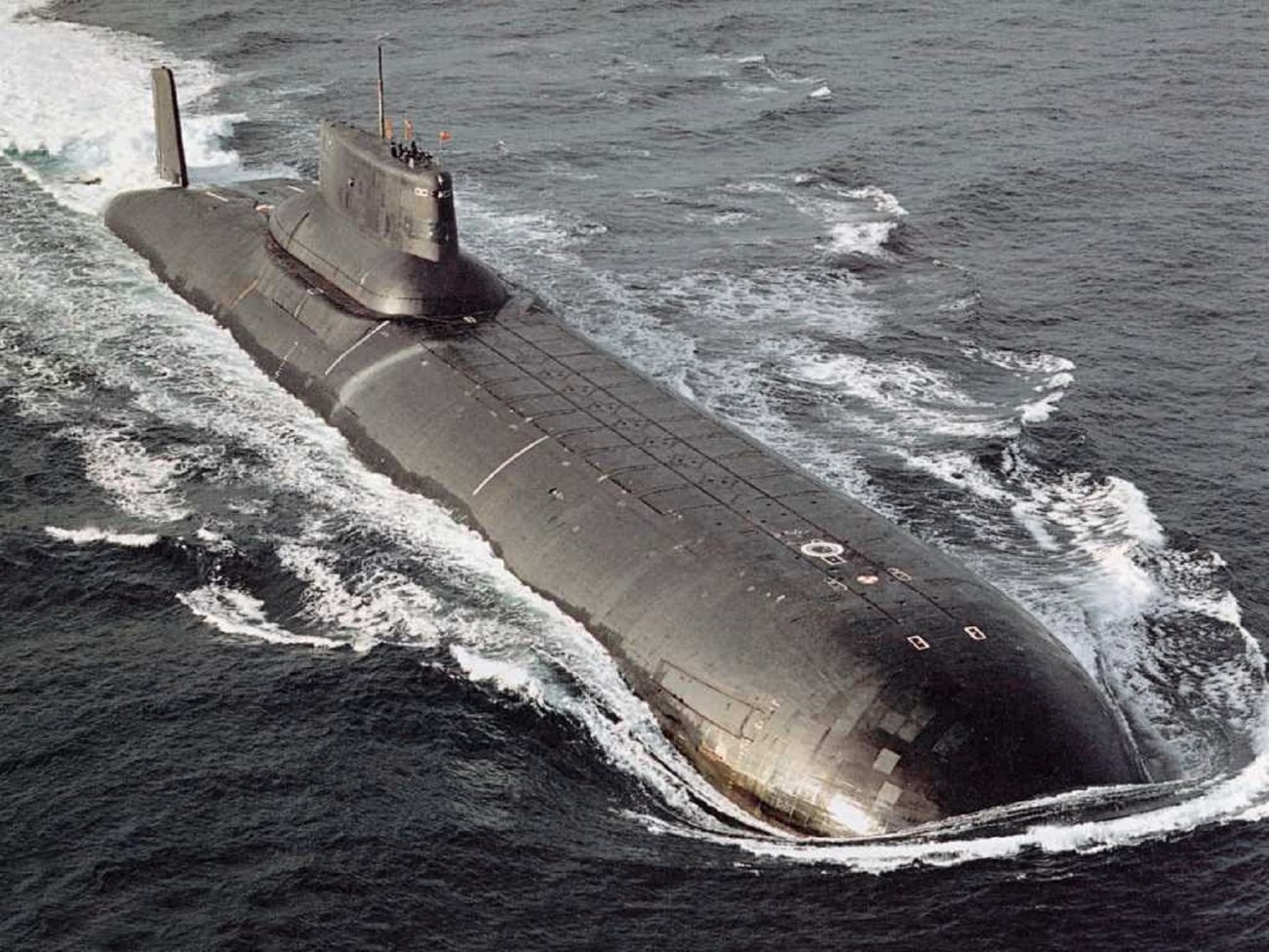 Together all three arms of the Soviet Navy, surface, subsurface, and naval aviation, would relentlessly hunt down carrier battle groups, destroying them whenever possible.

Here’s What You Need To Remember: The Soviet Union was fundamentally a land power, and while its tanks consistently outnumbered America’s and NATO’s in Europe, at sea, the position was reversed. This led the Soviet Union to develop a comprehensive strategy for dealing with American seapower.

In the event of World War II, the Soviet Union planned to go after the U.S. Navy’s fleet of aircraft carriers in a big way. The carriers were a flexible and powerful weapon that could operate at the peripheries of Soviet power, doing everything from supporting land operations to launching nuclear strikes. The Soviet Navy and Air Force built battlecruisers, cruisers, submarines and bombers armed with formidable anti-ship missiles to destroy these America’s carriers and ensure victory in Western Europe.

During the Cold War, the United States Navy maintained a large and robust carrier fleet. In 1984 it operated thirteen carriers, a mix of conventional and nuclear-powered ships with air wings upwards of 85 aircraft. The carrier of 1984 fielded a diverse air wing, including the F-14 Tomcat fleet interceptor, F/A-18 Hornet multirole fighter, A-6 Intruder bomber, A-7 Corsair attack aircraft, and a variety of anti-submarine and support planes.

One of the missions the Soviets feared the most was a multi-carrier surge into the Norwegian Sea, where they could threaten Soviet air and naval bases. From there carriers could stage air raids against military targets across the northwestern USSR, hampering the ability of Soviet forces to dominate the North Atlantic and beyond. Alternately they could attack Soviet ballistic missiles submarines operating in the so-called “bastion” in the Barents Sea. Soviet missile submarines, concentrated near the homeland for protection, would be hunted down and destroyed.

But perhaps the gravest threat from Moscow’s perspective were the nuclear weapons regularly stationed on U.S. carriers. The prospect of one or more enemy aircraft carriers operating off the coast of the USSR, constantly on the move and each with up to ten nuclear bombers on her flight deck was a serious concern to the Soviet leadership.

U.S. carrier battle groups justifiably became a fixation for Soviet air and naval forces, and both evolved to stop them. Using a combination of surface warships, submarines, long-range bombers, and perhaps even nuclear weapons, the Soviet Union planned to take out America’s carriers quickly and decisively, removing the threat to the homeland. Destroying these capable anti-submarine platforms would greatly benefit the Soviet Navy submarine campaign to isolate Western Europe.

The emphasis on aircraft carriers, what the U.S. Navy called Anti-Carrier Warfare, led to the Soviet Navy fielding a formidable force of guided-missile cruisers and battlecruisers. The three Slava class guided missile cruisers were 186.4 meters (611 feet long),  displaced 12,000 tons, and were capable of speeds of up to 32 knots–an important consideration when attempting to intercept nuclear-powered aircraft carriers.

The three cruisers each carried sixteen P-500 Bazalt anti-ship missiles. The size of a small aircraft, the P-500 flew at speeds of Mach 2.5 and carried either a 1,000 kilogram (2,200 pound) high explosive warhead or 350 kiloton nuclear warhead. The missile had a maximum effective range of 340 miles, with a circular error probable (CEP) of 300 to 700 meters (984 to 2,296 feet). That level of accuracy made actually hitting a 1,000-foot ship with a conventional warhead an iffy proposition, suggesting that Bazalt missiles would have been armed with nuclear warheads from the outset.

Another major surface platform that would stalk American carriers were the Kirov-class battlecruisers. The largest non-carrier surface combatants built by any country since World War II, the Kirov class was 827 feet long, nuclear powered, and displaced 28,000 tons fully loaded. The Kirovs carried 20 P-700 Granit missiles. Similar to the Bazalt missiles, Granit missiles had a slightly longer range of 388 miles, and carried a slightly smaller 750 kilogram (1,633 pound) high explosive warhead. On the other hand, it carried a larger 500 nuclear warhead. Unlike the Slava class, the Kirovs had formidable air defenses capable of defending the ship from a carrier’s air wing.

Soviet preparations for Anti-Carrier Warfare stretched into the submarine realm. The Soviet Navy built 14 Oscar-class guided-missile submarines, undersea leviathans that at 14,000 tons displaced more water than a Slava-class cruiser. Also nuclear powered, the Oscar submarines each carried 24 P-700 anti-ship missiles. Oscar submarines were plentiful enough to be assigned to both the Soviet Northern and Pacific Fleets, where they could threaten American carriers in both the Atlantic and Pacific.

Together all three arms of the Soviet Navy, surface, subsurface, and naval aviation, would relentlessly hunt down carrier battle groups, destroying them whenever possible. A surprise attack with nuclear-tipped anti-ship missiles could have caused terrible damage to America’s carrier fleet. Without the use of nuclear weapons Soviet forces might have staged several smaller uncoordinated attacks from all directions, wearing down the carrier task force’s defenders and depleting their ammunition reserves before launching a final, all-out attack.

From the American perspective, the threat of mass missile attacks was sufficient to develop a number of specialized weapon systems, including the Aegis Combat System, combining the SPY-1 radar and SM-2 surface-to-air missile into a potent fleet defender. Another countermeasure, particularly against Soviet bombers, was the F-14 Tomcat fleet air defense fighter, each of which had the powerful AWG-9 radar and carried six AIM-54 Phoenix missiles with a range of 100+ miles.

The Soviet Union was a land power, and the Soviet Navy was third in line for national resources. Yet even as the Red Army dashed for the Pyrenees in a future conflict NATO navies–particularly American aircraft carriers–could not be ignored. Ultimately destruction of U.S. aircraft carriers supported the ground offensive into Western Europe, where the Soviets believed the war would be won or lost.

Kyle Mizokami is a defense and national security writer based in San Francisco who has appeared in the Diplomat, Foreign Policy, War is Boring and the Daily Beast. In 2009 he cofounded the defense and security blog Japan Security Watch. You can follow him on Twitter: @KyleMizokami. This article first appeared in 2019.