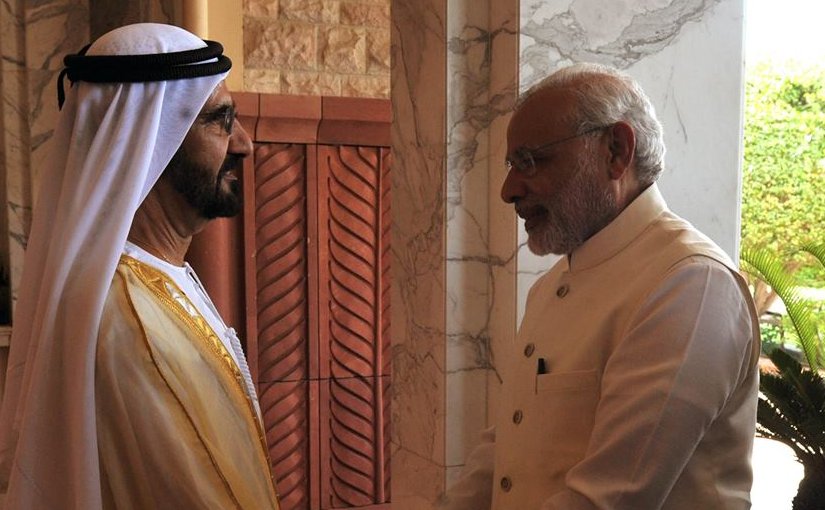 While successfully balancing relations between Israel, Iran and Saudi Arabia power blocks, New Delhi’s affinity for this Gulf outreach is rooted in geopolitical and geo-economic realities.

Over the past month, New Delhi has orchestrated a significant push to strengthen relations with the Gulf. India’s Army chief General MM Naravane’s visit to Saudi Arabia and the United Arab Emirates (UAE), external affairs minister S Jaishankar visited Bahrain and UAE earlier, and further visits by top officials to Qatar, Oman and Kuwait are to be undertaken.

Long gone are the days when Indian diplomats scoffed at postings in the region, which were looked down upon for being work largely based around Indian migrant workers, sans the frills and thrills of the cinematic view of international diplomacy.

Today, India is central to the economic and geopolitical thinking of Asia and global economics and politics. This has reflected throughout the Covid-19 crisis, with New Delhi’s dispatch of rapid medical response teams to Kuwait and emergency nurses to UAE, and talks at the highest levels, first digitally and now in person, on issues such as health diplomacy.

The recent flurry of diplomacy between the regions, while being a continuation of trends of the past few years, is also centred on two major fronts. The first, of course, is the fact that as positive news of vaccines now rolling out across the world means that preparations to normalise global economics, commerce, migration have begun. The larger Gulf region is home to nearly seven million Indian workers, and one of India’s major tasks is to try and manage what is essentially a mini country-like population outside its own borders. According to estimates from May, over 300,000 Indian workers had registered to return from the Gulf as the pandemic ravaged global economics and trade, with unprecedented job losses.

Though India prepared to rehabilitate the returning workers and put their skill sets to use domestically to an extent, a planned return and normalisation of migrant workers to and from the Gulf is critical not only for hundreds of thousands of people to return to employment in the region, but also because this employment generates a significant chunk of the nearly $80 billion in remittances that the Indian economy enjoys every year. This cash flow is critical, and its health depends on the normalisation of employment opportunities in the Gulf which relies on both skilled and semi-skilled labour from countries such as India.

Second, it is even more pertinent today to push India’s case in countries such as UAE, which recently orchestrated a ban on 13 countries for reissuance of visas. This list includes Pakistan. The reasons for the ban were not aired overtly by Abu Dhabi; however, analysts believe that security reasons were the driving force behind this measure. In private, officials in the Gulf have often stated that workers from countries such as India are increasingly preferred due to their high level of qualifications and the low threat of extremism and ideological indoctrination both from their native society and how they integrate into the Gulf in general. Meanwhile, the ongoing problems between Pakistan and Saudi Arabia also offer New Delhi more diplomatic room.

Beyond this, India’s diplomacy push in West Asia also comes at a time when arrangements such as the Abraham Accords signed between UAE, Bahrain and Israel are potentially bringing in a new era of geo-political normalisation. Further stability in the Gulf and minimised chances of conflict create a more durable environment for both India’s economic and diaspora interests.

While successfully balancing relations between Israel, Iran and Saudi Arabia power blocks, New Delhi’s affinity for this Gulf outreach is rooted in geopolitical and geo-economic realities. Despite certain roadblocks such as an often aloof view of India’s concerns regarding migrant workers by the Gulf, and the concerns of certain Gulf nations regarding minority rights issues in India (which some capitals have raised privately), long-term interests for both sides have trumped short-term issues of contention, paving the way for robust development of relations across the board.