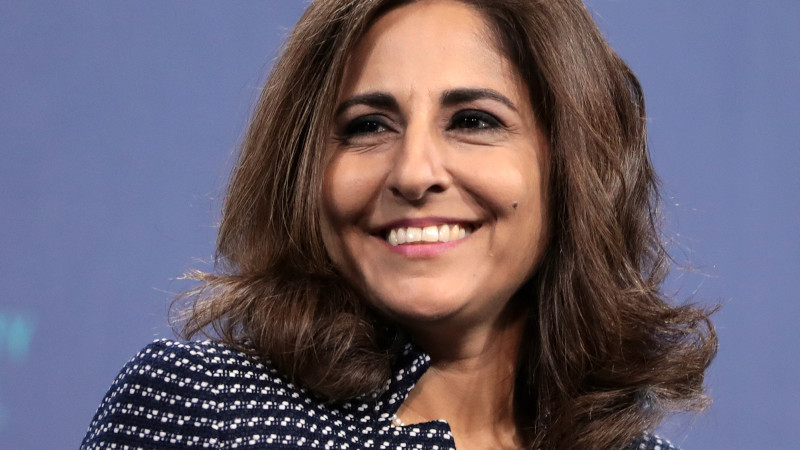 Joe Biden has nominated Neera Tanden to direct the Office of Management and Budget in his administration. It is a bad choice. There are several reasons why Catholics cannot trust her.

Tanden heads the Center for American Progress (CAP), a left-wing think tank funded by Big Tech and Wall Street. She is a long-time Democratic operative who worked for Hillary Clinton and President Barack Obama. These credentials, however, matter little when there is no reason to trust her.

What is of interest to Catholics is Tanden’s pivotal role in writing the notorious Health and Human Services (HHS) mandate. It sought to force Catholic non-profit organizations, such as the Little Sisters of the Poor, to pay for abortion-inducing drugs, contraception and sterilization in their healthcare plans.

When Catholic bishops objected to the HHS mandate, Tanden was miffed, saying this initiative was a matter of healthcare, not religious liberty. Yet the fact was that under this provision, Catholics would be required to pay for abortifacients. Such a flagrant violation of their conscience rights, grounded in their religion, mattered not a whit to her.

There is more to this story.

Tanden was a close associate of John Podesta, the founder of CAP. In 2016, Wikileaks released emails by him and others discussing ways to create a “Catholic spring.” The term was code for fomenting a “revolution” in the Catholic Church. At the time, Podesta was chairman of Hillary Clinton’s presidential campaign. He was responsible for creating two phony Catholic groups, Catholics United and Catholics in Alliance for the Common Good, both of which falsely argued that Catholic teachings on abortion and sexuality could be rejected by Catholics in good standing.

Tanden was part of the email chain. In an email to Hillary Clinton, she labeled the Catholic Church’s denunciation of the HHS mandate an example of “misogyny.” That is exactly the way the foes of the Catholic Church talk—any objection to mandating that abortion-inducing drugs must be funded by Catholic taxpayers is anti-women. Speaking of her Democratic colleagues in the White House, she said, “The Church still scares the crap out of these guys.”

Tanden also took the side of those who maliciously attacked Brett Kavanaugh, the Catholic judge who was being considered for a seat on the U.S. Supreme Court in 2018.

She reflexively believed the fanciful tales of Christine Blasey Ford, the distraught professor who could never find a single person to verify her claims of sexual assault against Kavanaugh. Tanden even smeared Senator Susan Collins for supporting the Catholic nominee. She criticized the Republican senator for what she called a “pathetically bad faith argument as cover for President Trump’s vicious attacks on survivors of sexual assault.”

When Kavanaugh was confirmed, Tanden said, “His confirmation does not signal the end of our society’s fight to eliminate sexual assault and harassment.” In fact, when Tanden wrote that she had already impugned her credentials as a warrior against sexual misconduct. Just a few months earlier, she was involved in outing a female victim of sexual harassment by a staff member at CAP.

After it made the news that allegations of sexual harassment and retaliation had taken place at CAP, Tanden, the president, called a staff meeting to assure everyone that there was nothing to worry about. It was at this meeting when she disclosed who the anonymous person was—Tanden made sure everyone knew the identity of the victim.

When “Mary” quit, she sent a memo to the organization’s leadership. “On several occasions, myself and others on the team felt as if reporting had been a mistake and that the retaliation, worsening of already tenuous team dynamics, and treatment by supervisors outweighed the seemingly positive act of reporting sexual harassment in the workplace. CAP’s culture obscures its mission. I surely expected better out of an organization that housed a national campaign on sexual assault.”

According to journalist Glenn Greenwald, the accused was “one of Neera Tanden’s male allies.” Greenwald accused Tanden of violating “a confidential complaint about sexual harassment” when she “outed this woman at the all-staff meeting out of vengeance.”

One of the CAP employees who was at the meeting told a reporter what happened. “There is literally one thing you cannot do in this meeting and that is out the victim and Neera did it multiple times…It also destroys whatever small level of confidence in the system remained. As a manager I don’t know I can tell staff to trust the system when the head of the organization just outed the victim in front of the entire organization. It is impossible to trust her.”

Senate Majority Leader Mitch McConnell should lead the fight to block her nomination as the new head of the Office of Management and Budget.