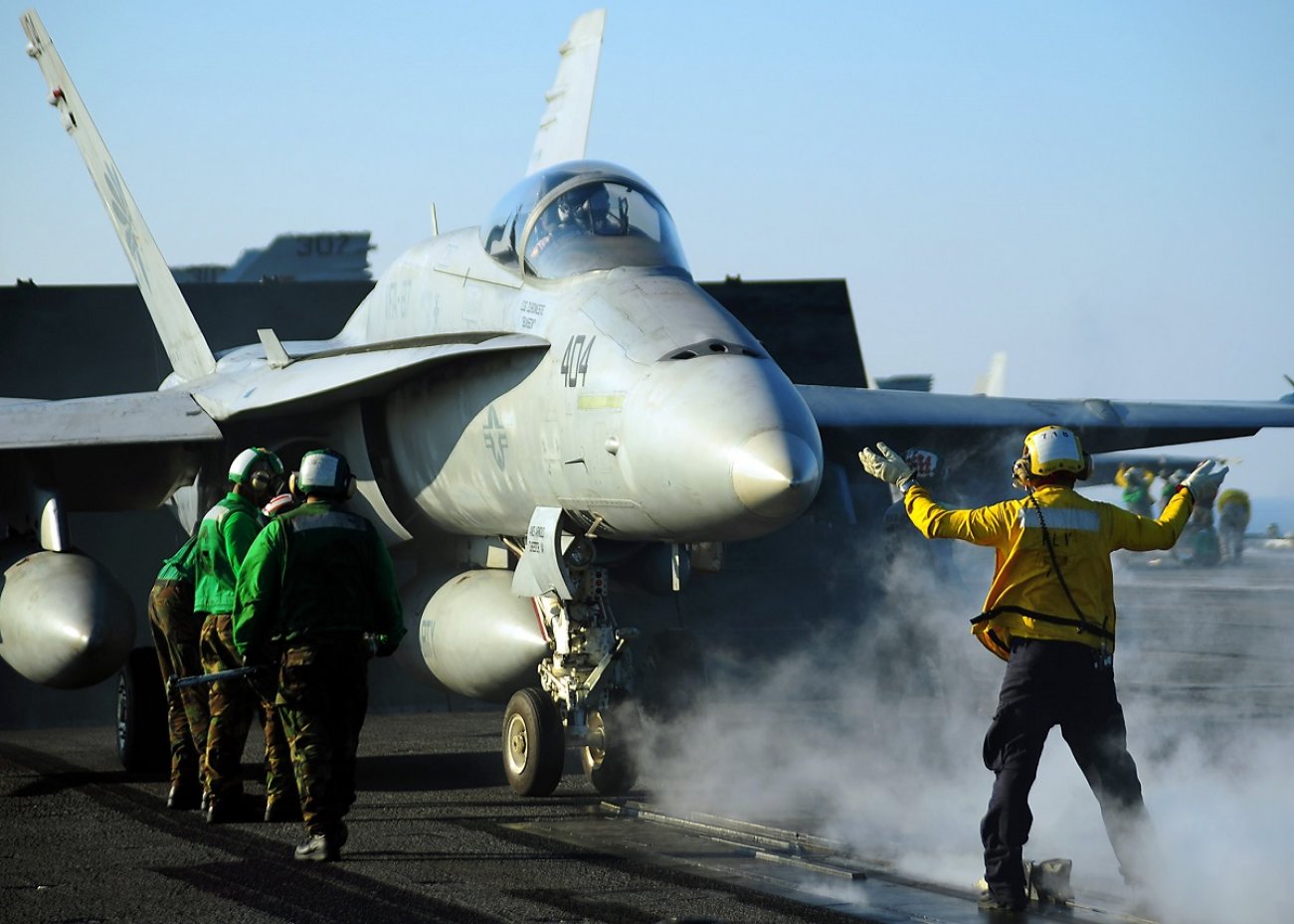 As U.S.-Indian ties improve, so too do the prospects of India adding the potent F/A-18 to its military arsenal.

Here’s What You Need To Remember: The Indian Navy has been evaluating if the F/A-18 as well as the French-made Rafale naval fighters to determine if either will meet its current and future needs. India has already announced its intentions to phase out its existing fleet of jet fighters, which include the Russian-built MiG-29K.

It is increasingly looking like the Indian Navy could soon be flying the F/A-18 fighter jet as India-U.S. ties have reached an all-time high. During the recent U.S.-India 2+2 Ministerial Dialogue, the United States signed a Basic Exchange and Agreement (BECA) for geo-spatial cooperation, and U.S. officials have offered to sell India an advanced version of Boeing-made aircraft along with the unmanned Sea Guardian aircraft.

The United States and India relations have steadily improved as Washington and New Delhi seem a common threat in Beijing. Given this it is likely India will reconsider the F/A-18 – despite a previous concern from New Delhi that it could face difficulties should there ever be sanctions imposed by the U.S., the Eurasian Times reported citing a study by the Comptroller and Auditor General of India. That report revealed that the Indian Air Force was opposed to the F/A-18 for that very reason.

However, the Indian Navy clearly likes what it sees in the latest Block III version of the American fighter jet.

The F/A-18s would meet India’s need to have a fighter that can operate from aircraft carriers, Naval-Technology reported. The Indian Navy has been evaluating if the F/A-18 as well as the French-made Rafale naval fighters to determine if either will meet its current and future needs. India has already announced its intentions to phase out its existing fleet of jet fighters, which include the Russian-built MiG-29K.

The possibility of the F/A-18 entering service with the Indian Navy has been floated for some time. This past summer Boeing utilized a ground-based ski jump at Naval Air Station Patuxent River in Maryland to demonstrate the capabilities of the F/A-18E/F Super Hornet on a short take-off but arrested recovery configured (STOBAR) aircraft carrier, such as the ones currently in service with the Indian Navy.

The Indian Navy operates one such carrier already, the INS Vikramaditya, a modified Kiev-class carrier that was originally built as the Baku and entered service with the Soviet Navy before being decommissioned and sold to India in 2004. The refurbished carrier entered service with the Indian Navy in 2013 and currently serves as its flagship. Additionally, India is constructing its first domestically-built carrier INS Vikrant, and it is expected to enter service in 2023.

India has expressed interest in acquiring some 57 naval fighter aircraft from operations from the carriers, and earlier this month Boeing touted the capabilities of F/A-18 when responding to the Indian Navy’s Request for Information (RFI) for its Multi-role Carrier Borne Fighter program. In its response, the American defense contractor noted that the jet has earned a reputation of being among the most lethal, advanced, combat-proven, multi-role frontline fighters in service today.

Peter Suciu is a Michigan-based writer who has contributed to more than four dozen magazines, newspapers and websites. He is the author of several books on military headgear including A Gallery of Military Headdress, which is available on Amazon.com. This article was originallhy published earlier this month.