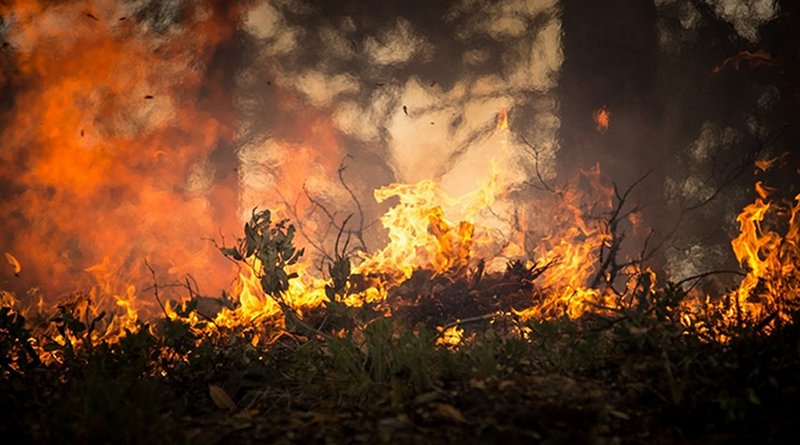 The 2020 fire season is nearing its end. But monstrous wildfires continue to rage across America’s western states, devastating towns and habitats, and killing hundreds of people and millions of animals. Politicians and environmentalists continue to rage that climate change is the primary factor, allowing few responsible, commonsense forest management actions that could actually reduce the risks.

Manmade climate change is a convenient scapegoat, but it cannot be separated from natural climate fluctuations and effects. Moreover, even assuming fossil fuel emissions play a dominant role in the human portion of this equation – and even if the Pacific Northwest or entire USA eliminated coal, oil and natural gas – China, India and scores of other nations will not do so anytime soon.

And they will certainly be using fossil fuels to manufacture the wind turbines, solar panels and batteries envisioned by Green New Dealers – and to mine and process the raw materials those technologies require.

The key ingredient in these monstrous, devastating forest fires is fuel. A century of Smokey the Bear fire suppression, coupled with half-century bans on timber harvesting, tree thinning and even insect control has filled western forests with dense concentrations of brush, fallen branches, needles and leaves, skinny young trees and huge older trees – many of them dead or dying – ready to be turned into conflagrations under hot, dry summer and autumn conditions that prevail most years in California and other western states.

It’s a recipe for disasters like the 1871 Peshtigo Fire, 20 miles north of where I grew up in northeastern Wisconsin, on the very same day as the Great Chicago Fire. Blistering flames a mile high moved south at 100 mph, creating “fire tornados” that threw houses and rail cars into the air. Over a million acres of forest were obliterated in two days; up to 2,500 people died, many of them cremated into little piles of ash.

I also recall how American and British bombers deliberately turned Hamburg, Germany into an inferno in July 1943. The first waves of planes dropped “blockbuster” bombs that leveled arms factories and parts of the city known to have mostly wooden structures. They were followed in subsequent days by attacks with incendiary bombs, which turned the wood debris into a firestorm, with tornado winds up to 150 mph, and temperatures of nearly 1500 F. Operation Gomorrah killed over 40,000 people.

A few days ago, I picked up my latest issue of Wired magazine. Daniel Duane’s 12-page article “The fires next time” made a couple now-obligatory references to climate change, but was one of the most detailed and insightful articles I’ve read on the causes and nature of these horrific wildfires. He vividly explains why we are witnessing a “trend toward fires dramatically more catastrophic” than in the past.

Above all, the reason is fuel buildup. CalFire, he notes, has some 75 aircraft and 700 fire engines, and is very good at extinguishing thousands of wild-land fires annually. But CalFire has virtually no fuel-management authority and must simply watch the trees and other fuel get “more and more dense,” creating prime conditions for ever-worsening crown fires that US Forest Service scientist Mark Finney says are big because landscapes are full of tinder and long-burning, heavy fuels. Ditto in other states.

More trees of course generate more roots competing for the same water, further drying everything out. In California alone, this and the 2011-2016 drought and pine bark beetles killed 150 million trees!

Another key ingredient, Duane writes, is the simultaneous burning of many small fires (caused by multiple lightning strikes, eg) that combine light and heavy fuels over a large area, amid mild ambient winds. “As that broad area continues to burn with glowing and smoldering embers over many hours, the separate convective columns of all those many little fires begin to join into a single, giant plume.”

As hot air in the plume rises, air at its base is replaced by air “sucked in from all directions. This can create a 360-degree field of wind howling directly into the blaze … oxygenating the fire and pushing temperatures high enough to flip even … giant construction timbers and mature trees into full-blown flaming combustion. Those heavy fuels then pump still more heat into the convective column…. [which] rises ever faster and sucks in more wind, as if the fire has found a way to stoke itself.” The timbers, branches and entire trees become “firebrands” that can be carried high into the air, a mile or more from the primary fire, then dropped into timber stands and homes, igniting still more firestorms.

Smaller blazes can be controlled, even extinguished. But massive firestorms can be impossible to suppress, saving homes equally hopeless. The primary order of business with mass fires is getting people out of harm’s way, before escape routes are clogged, cars run out of gas, and walls of flame close in.

That means building more escape roads from communities through forests to safety, even in the face of environmentalist opposition and lawsuits. Roads are far less intrusive or harmful than conflagrations. Yet radical greens battle these roads, while praising these unnatural conflagrations as “nature’s way.”

People lived in these areas long before pressure groups, politicians and courts made conflagration conditions this horrific. Actions need to be taken now to prevent more deadly fire cataclysms. That has to begin with removal of diseased, dead and excessive trees and brush. It will take years, decades even, and a lot of effort and money. But failure to halt and reverse the buildup of fuel in our forests is undeniably irresponsible – and deadly. Apache Indian forestry programs prove sound management saves forests.

Educational programs should teach homeowners how to harden and fireproof houses and other buildings against small to midsized fires – and teach judges and politicians the hard realities of modern fires. Above all, those with ultimately life-or-death decision-making authority must understand that the price of bans on timber harvesting and responsible forest management is too often measured in homes and habitats obliterated, wildlife and humans killed, soil organisms incinerated, soils washed away by rainstorms and snowmelts, and millions of acres denuded and desolate for decades.

Tougher building codes for new construction in these areas would save homes, heirlooms and lives. Roofs especially should be made of fireproof or fire-resistant materials. Special financing and low-interest loans would make such new homes and hardened existing homes and buildings more affordable.

Local, state and federal budgets are already stretched to their limits. Funding will have to be redirected from other programs. Another approach could require forestry work for welfare checks. Besides saving habitats and lives, that would build skills, self-esteem and strong work ethics, improve physical fitness, replace a sense of entitlement with a sense of accomplishment, and create connections and opportunities

Another source of funds could be billionaires like Amazon CEO Jeff Bezos, who recently gave $791 million to climate activist groups, as part of his commitment to his $10-billion Earth Fund. Certainly, helping to stop these deadly fires – and the incalculable air pollution, soil erosion, and habitat and wildlife destruction they cause – would be one of the boldest and most effective actions anyone could take to protect Earth’s future, including the majestic at-risk forests in his own backyard.

The bottom line is so simple we shouldn’t even have to state it.

If we don’t act, nature will. We have created this massive fuel-for-fires problem. We can and must fix it. Either we thin out trees, or nature will – with devastating consequences. For people who claim to care deeply about saving our forests for Bambi, spotted owls and other beloved creatures, guaranteeing horrific infernos is quite literally a hellish way to demonstrate our love for Mother Earth.