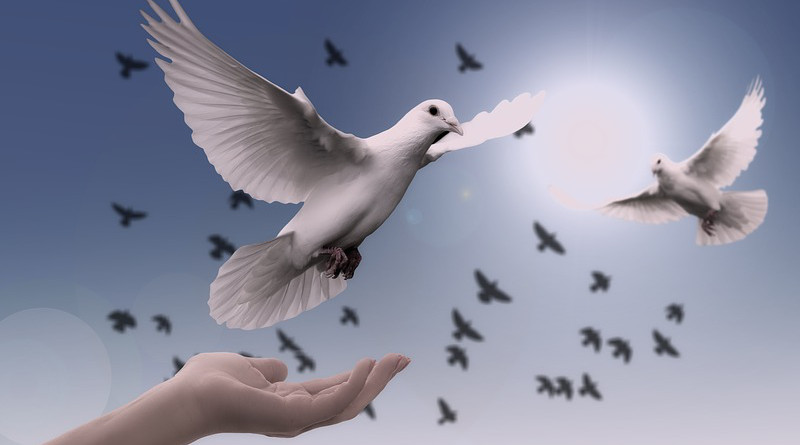 For most of 2020 Covid-19 has dominated mainstream media, and whilst serious, the pandemic is but the latest in a series of dark clouds gathering upon our collective horizon: interconnected crises, from the environmental emergency to war, poverty, inequality, and social division among others. All flow from the same root – a misguided set of conclusions about life and ourselves; this fragmented and conditioned pattern of thinking fuels actions that result in the various crises we see all around us. It is the consciousness of humanity with its misplaced values and beliefs, its ideologies and reductive notions of self that constitute the underlying crisis.

For the issues of the day to be met and overcome a major shift in attitudes is needed, a change in consciousness allowing for the creative re-invention of civilization to take place. The current ‘way of life’ is largely unhealthy, for the individual and society, and has proved deadly for the natural environment. It is an unkind brutal construct based on ideologies that separate, setting one against the other, creating an atmosphere of fear and suspicion. Pleasure and desire are promoted as surrogates for natural happiness and love, competition and conformity insisted upon; it is an outdated construct that has no place within the positive movement of the times, which is well underway.

The transition into the new is happening apace and as those forces obstructing change begin to be swept aside there is a sense that humanity is poised to turn a corner. Sharing, cooperation, tolerance, understanding, these are some of the keynotes of the time. Perennial principles held within the hearts of people throughout the world, and which, given the correct conditions will explode into life, sweeping aside all obstacles to freedom, justice and unity. But resistance is fierce, conditioning and attachment to the old ways, strong. And the issues are daunting, overwhelming.

Given these prevailing conditions and the hostility to fundamental change – as opposed to the manipulation of existing systems – it is difficult even for the most optimistic of us to imagine a new world evolving within the short space of time we have. It is hard to see how humanity can make the leap, embrace a radically new, simpler way of living, and overcome the enormous challenges without support and guidance.

We are not alone

While the responsibility to create a new just civilization rests entirely and solely with humanity, we are not alone in this endeavor, nor have we ever been. Withdrawn from the hurly-burly, the noise and pollution, and unknown to the vast majority of people (particularly those in western countries), there exists a large group of highly evolved, perfected men, who, from behind the scenes, are actively engaged in all aspects of life on Earth. They are the senior members of the spiritual hierarchy, (spoken of by H.P. Blavatsky, Helena and Nicholas Roerich and Alice A Bailey among others) the Masters of Wisdom and Lords of Compassion.

The Masters are our elder brothers, those who have gone ahead of us, and have become perfected. They are the custodians of the plan of evolution, yes, according to the esoteric literature there is a plan, one that involves all the kingdoms of nature including the human and works towards total harmony.

At the head of the hierarchy sits Maitreya, the World Teacher. Maitreya is awaited by all the world’s religions under different names: He is Krishna, for the Hindu, the Imam Mahdi for Muslims, Maitreya Buddha expected by Buddhists, and embodying the Christ Consciousness, the second aspect of divinity, the energy of Love, Maitreya is the Christ; the Lord of Love, the Prince of Peace – a deeply controversial statement that many Christians will no doubt resolutely reject.

Maitreya is the teacher for this time and He is once again among us waiting for the most positive moment to step forward into full public view and begin His open work. This is the message that British artist and writer Benjamin Creme shared with the world for over forty years. I first heard him speak in 1987 and although I had no knowledge of such things I intuitively recognized that what he said was true.

According to Creme, Maitreya has been in the everyday world since July 19th 1977 when He “descended from His ancient retreat in the Himalayas” and entered His ‘point of focus” as it is called” – London, England. Maitreya is a teacher in the broadest sense; He comes for everyone as our brother and friend. He will offer advice, guidance on how the crises that weigh so heavily on humanity can be overcome; “My task will be to show you how to live together peacefully as brothers. This is simpler than you imagine, My friends, for it requires only the acceptance of sharing” – from Message no. 82 (of 140 messages given by Maitreya between September 1977 and June 1982). Sharing is crucial: when we share, we create the conditions in which trust and justice can come into being, and when these are present peace between people becomes possible; conversely, without trust and (social) justice there will never be peace.

To claim that the World Teacher is here and waiting for the right moment to emerge is of course deeply controversial, and many may dismiss it out of hand. But whilst the appearance of the teacher – a Buddha or Christ figure – is indeed extraordinary it is not unusual. We have lost sight of ourselves and our long past; historically a teacher has always come forth from the spiritual hierarchy at particular times of crisis or transition; and we are living through such a time. So why should now be any different? Look at the world; it is in a state of enormous turmoil, of division and pain, opportunity and awakening. On the one hand huge numbers of people throughout the world are calling for change, for justice and freedom, an end to racism and hate and for substantive action to tackle the environmental emergency. In the opposite corner are the reactionary fearful forces that are desperate to stop progress and to maintain the cruel status quo. It is these very forces that are the major obstacle to change and the swift emergence of Maitreya, who is the harbinger of the new.

Their weapons of choice are fear and division, interconnected poisons that feed on each other, and that once imbedded can tear people apart, feeding hatred and anger, within a family, a society or nation. One of the loudest expressions of the reactionary strain in recent years has been the rise of political populism, and with it tribal nationalism, intolerance and isolationism. With the fall of Trump – a hugely significant and positive event for the world – this destructive movement has lost one of its leading cheerleaders, others will gradually fall by the wayside and become increasingly marginalized figures.

After decades of tension there is a real sense now that the tide is finally turning, a feeling that a pivotal point has been crossed. Few can deny that change is underway; as a guide to the direction of such change, which must be measured and ordered, and the nature of our actions, Maitreya advises us to “Take your brother’s need as the measure for your action and solve the problems of the world. There is no other course.”

The momentum will continue to increase, dynamically gaining greater and greater strength, leading to the inculcation of totally new structures and modes of living. And as resistance is overcome, not through conflict, but by growing awareness and the weight of collective will, the space into which Maitreya can step forward will open up, allowing for what one of the Masters describes as the “Dispensation of Love” to take place.

The article The Tide Is Turning: Change And The Coming Of Maitreya – OpEd appeared first on Eurasia Review.