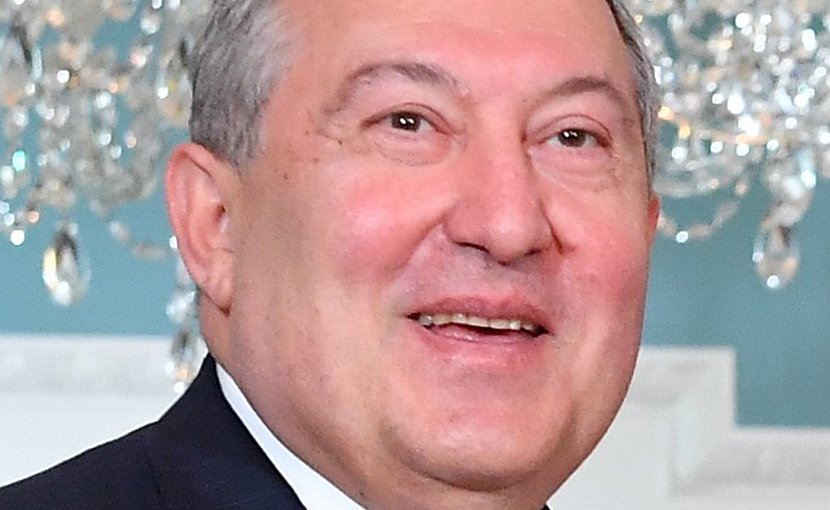 Armenian President Armen Sarkissian has stressed the importance of returning the Nagorno-Karabakh (Artsakh) processes to the format of the OSCE Minsk Group.

Sarkissian said the Russian peacekeepers have already reached their places of deployment but he believes everything is not “over”. The Armenian president said the statement signed by Armenia, Russia and Azerbaijan is not a Minsk Group document, and that it’s necessary to return to that format with France, the U.S. and Russia as co-chairs.

“This document does not determine the final status of Artsakh. The Minsk process should resume as soon as possible. Relevant statements have already been made by the offices of the French Foreign Minister and the President. The French Foreign Minister has spoken with Lavrov, there have been signals from the United States, all of which speaks of the return of the process to the Minsk Group,” the President said.

Armenian Prime Minister Nikol Pashinyan, Russian and Azerbaijani Presidents Vladimir Putin and Ilham Aliyev have signed a deal to end the war in Karabakh after almost 45 days. Karabakh (Artsakh) President Arayik Harutyunyan said on Tuesday that he has agreed to the deal signed by Armenia, Russia and Azerbaijan.