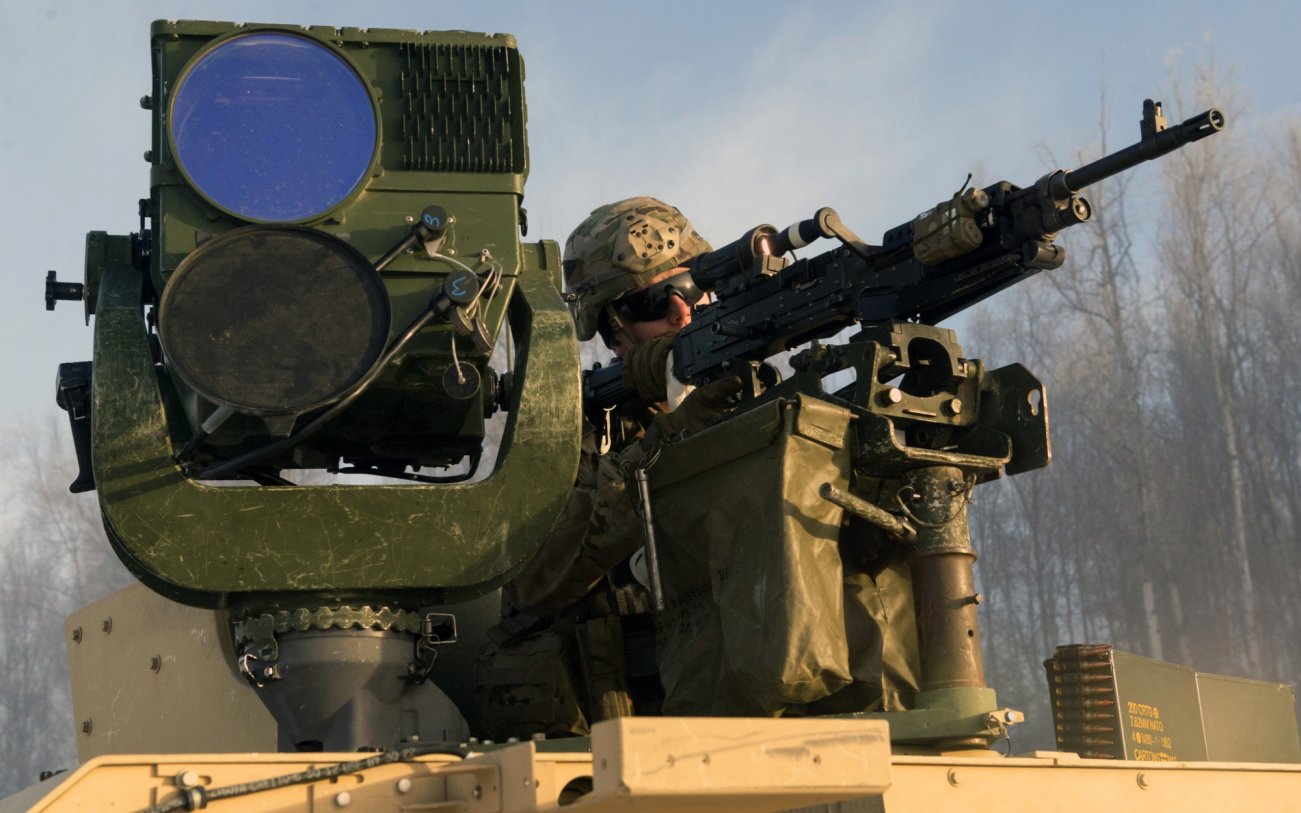 Upgrades to the already-great M2 are constantly coming down the line.

Here’s What You Need to Know: The M2 continues to change as America steps up its military commitments.

The M2 Browning .50 caliber machine gun is one of the most famous American weapons. Serving since the 1920s, the gun has been a favorite of soldiers in practically every conflict since. It remained the same throughout most of the Cold War, retaining the iron sights, simple pintle mounts, and tripods that were designed for it many decades prior.

But as the United States has stepped up its military commitments around the globe and embarked on a program of modernizing its weapons, the M2 has also had to change. Since 2003 a myriad of improvements have come out for the M2 machine gun to improve its usability, accuracy, and reliability. But even with these upgrades, will they be enough to keep the M2 in service?

The biggest upgrade to the M2 was the transition to the M2A1 model in the 2000s. The standard model for most purposes was the M2HB, an air cooled version with a heavy barrel. Changing the barrel on the M2HB was an involved process that required adjusting the “headspace” (the distance between the bolt face and the cartridge) and the timing of the machine gun for every new barrel.

During sustained fire, this was never ideal, as the process would always take a significant amount of time, but changing barrels is a necessity during sustained fire to avoid overheating. The adjustable headspace and timing were necessary at the time, as parts could not be built to the consistent enough tolerances to have a fixed headspace.

However, a few decades later, quick change barrels were becoming the norm. The German MG34 and MG42 that the M2HB faced in World War II both used quick change barrels that could be swapped extremely rapidly. During the Cold War, the Soviets used .50 caliber machine guns (in their own 12.7 x 108 millimeter caliber). The Soviet NSV was lighter than the M2HB, and featured a quick change barrel.

Despite innovation elsewhere, M2HB’s design was not revised to incorporate these new features. The same design, tripods and mounts continued serving up until the 2000s. At that point, the U.S. military held a competition to develop a quick change barrel kit for existing M2s. General Dynamics won the competition for the kit, and it was adopted as the M2A1.

While the primary change was the addition of a quick change barrel kit, the M2A1 also added a four-pronged flash hider to the barrel, reducing the flash of firing, which especially improves the ability to shoot at night with the weapon, as it makes it less prone to washing out NVGs. The barrel extension is also made of a harder steel.

The Army has replaced all of its M2HBs with M2A1s, and the Marines are looking to do the same. A similar setup is being offered as a whole new machine gun as the M2HB QCB by FN Herstal. Some countries have adopted it under that name.

Another upgrade that’s common recently is the attachment of optical sights to the M2. While Carlos Hathcock famously made an optic mount for a M2HB during his service in Vietnam, optic mounts were not standardized until much later. In comparison, the Soviet NSV came with a standard optic rail, which was commonly used with a 4x to 6x sight.

But nowadays there is a lot of interest for optic mounts for the M2. The Korean company DI Optical is one of the leaders in this space, producing red dots for the M2HB that have seen use with foreign militaries. Trijicon, who makes the ACOG which has seen wide use also makes a machine gun red dot.

The tripod has also seen improvements. The old M3 tripod of World War II vintage is on the way out in the U.S. Army, being replaced by the new M205 lightweight tripod. The new tripod is sixteen pounds lighter, and has increased traverse and depression range relative to the old tripod.

Charlie Gao studied Political and Computer Science at Grinnell College and is a frequent commentator on defense and national security issues.

This piece was originally featured in September 2018 and is being republished due to reader’s interest.