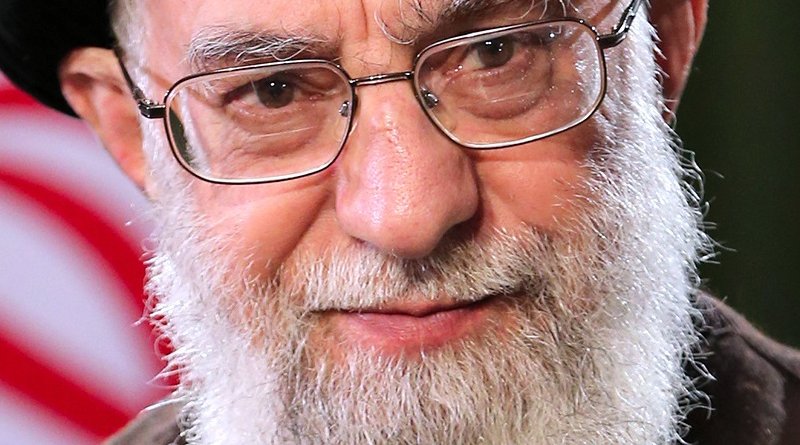 The French teacher Samuel Patty could surely not have known what fate awaited him when he showed a cartoon of Mohammed, the Prophet of Islam, to his students. The cartoon had previously been published in the satirical magazine Charlie Hebdo. Samuel Patty could not have imagined how different groups of people would react to his actions according to their own perspective. This incident provoked a lot of anger and hatred in the world.

According to the global news agency, AFP, the killer, the perpetrator of the brutal beheading of Samuel Patty, was a young man, a lone individual, influenced by Islamic fundamentalism and attracted to such groups.

As expected, in Iran, Ali Khamenei, Iran’s supreme leader, tried to score political points from this barbaric act. On the one hand, he did not want to lag behind other Muslim countries’ leaders in making a statement. On the other hand, he tried to elaborate on this event and exaggerate aspects of it to deflect attention from the suppression apparatus inside Iran.

In his message to the youths of France, he made no mention of the brutal murder of the French teacher, rather advised the youths to question the president of their country and require accountability from him for “double standards of freedom of expression”, for condoning the showing of the cartoon.  The irony is that no one has the right to object or criticize the supreme leader in Iran. Those who criticize or question his actions in any form are subjected to severe persecution, torture, and long prison terms.

Following Khamenei’s message, other regime leaders also tried to take advantage of this opportunity to cover up their crimes by magnifying foreign events, trying to occupy the people’s minds for a while, distracting them from the problems they face on a daily basis.

A while ago, when a black man named George Floyd was shot dead by police in the United States, Khamenei took advantage of the situation and said: “they kill people easily and claim respect for human rights and do not even apologize.”

The issuance of such statements by the Iranian authorities coincides with the “Week of the Police Force” in Iran and the anniversary of the nationwide protests of November 2019. This peaceful protest resulted in the killing of 1,500 people and the arrest of more than 12,000 others. The brutal crackdown of the peaceful demonstrations of November 2019 became public to the world’s eyes via different social media platforms. At first, a young man named Mehrdad Sepehri was brutally beaten by the police and killed on the way to the detention center. Marks of torture on various parts of his body could clearly be seen.

With the release of videos of this crime, the local officials of the judiciary and law enforcement announced that to calm down the current unrest situation, the “offending officer” was arrested by the military prosecutor and two other officers who transferred the “victim” to the police station have been under investigation. Of course, this was just a claim, and no investigation or follow-up action was ordered or conducted. This is typical of the vast majority of similar cases, where no official or individual is charged and the files are closed in a hasty fashion.

Another witness to the brutal crackdown of the November 2019 peaceful protests made a short clip of the beating, shooting, and killing of another young man named Mohsen Minbashi by IRGC plainclothes forces. The clip is filming the sidewalk of one of the streets of Esfarayen city in Khorasan province, showing that security forces brutally shot a young man who had fallen to the ground. He was severely beaten with a stick, then shot at close range with a shotgun and for him, life ended.

Another video from the city of Abadan shows the brutal attack on a young woman who fell to the ground and was covered in blood and became unconscious. Another clip shows police in the city of Ahwaz, beating and humiliating two young people.

The above are descriptions of just a few of the clips taken by people who happened to be at the scene and their public release has angered people all over Iran.

Undoubtedly, many more tortures, killing, and deaths were not captured on camera,or documented, and any possible evidence has been destroyed.
In the city of Najafabad, the regime’s thugs staged a demonstration protesting a girl riding a bicycle in the streets.

The girl was arrested and imprisoned. Her sin was riding a bicycle in public. Later on, the thugs staged another protest against her in another part of the city.

The presence of suppressive forces in Iran and the implementation of strict policies are taking a turn for the worse every day. A number of the Iranian authorities have spoken out, pointing to the changes over time of such repressive measures.

If innocent bystanders can be murdered freely in Iran by the security forces, one can only imagine the harshness and brutality the prisoners go through in Iran’s prisons. Unimaginable!