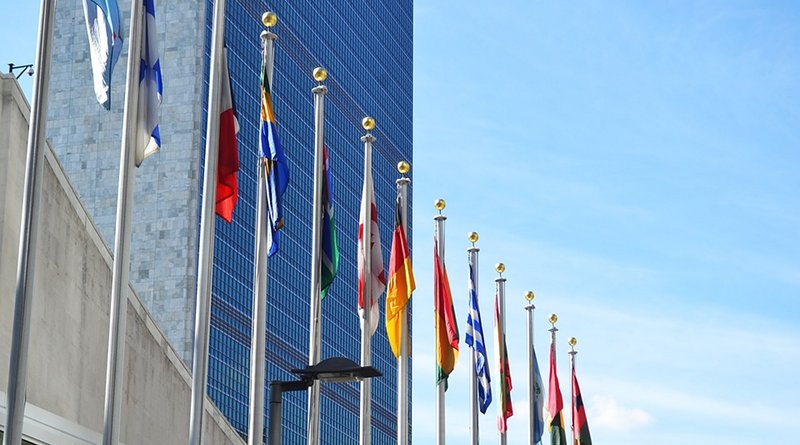 An international consensus to meet contemporary challenges will develop primarily around defending against shared threats. If the United States is to turn this consensus into collaboration to strengthen security, it must stake out a clear vision of its primary threats and missions. As has become evident over the last few years, doing so will necessarily require adaptations to ally dynamics and disruptions to some international organizations, treaties, and agreements. These changes should not reflexively cause concern that the United States is “withdrawing from the world stage” or has “abandoned its leadership role”; rather, these disruptions are necessary to recalibrate international efforts to rise to contemporary challenges. As part of the US initiative to build consensus, Washington should be especially sensitive to and supportive of those allied and partner efforts already underway that align with US security priorities. It should seek to maximize their effectiveness, in turn providing an incentive for other nations to do the same.

The Trump administration has begun this massive task to meet contemporary challenges, and as a result, has overseen a seismic shift in US-China relations. The administration’s success in establishing a sound footing for the United States to compete with and sometimes confront the Chinese Communist Party (CCP) is a significant global development that necessarily impacts the health and survivability of democratic nations.

To be fair, some officials in the Obama administration tried to sound alarm bells about the eroding strategic superiority of the United States relative to China. Indeed, President Obama avowed he was “the first Pacific president” and sought to “pivot” to Asia. Yet despite the rhetoric and some positive moves, the pivot never really took place.

But in the last few years, the United States has sought an all-of-government approach to taking on China, and no matter who wins the presidential election, this should continue. Washington has clearly and repeatedly warned about Chinese leaders’ stated national objective to replace the United States as the preeminent international power. It has focused global attention on China’s human rights abuses, and has bluntly denounced China’s flouting of commitments, including to the people of Hong Kong. US efforts to galvanize support have paid off. Recently, Germany read a joint statement in the UN on behalf of ninety-three nations regarding the Chinese government’s atrocities against the Muslim people in Xinjiang and Hong Kong. Notably, sixteen more nations were added to the list of nations this year.

This success in building and broadening consensus on this human rights matter puts into proper perspective the US decision to withdraw from the UN Human Rights Council in 2018. US abandonment of this international organization did not result in abandonment of global leadership or the cause of human rights. The wisdom in the US withdrawal, which was driven by the council’s failure to distinguish responsible, humane countries from authoritarian ones, is underscored by reports indicating that China, Russia, Cuba, Pakistan, and Saudi Arabia are expected to be elected to the board of the council on October 13.1

The United States has also sought to garner support and appreciation for Taiwan and extended to Taipei diplomatic cover and necessary self-defense weapons, making it easier for other nations to publicly support Taiwan. Taiwan has braved political blowback from China by publicly correcting China’s erroneous timeline on the outbreak of the COVID-19 pandemic, and by providing effective supplies to other nations seeking to mitigate the devastating health impact on their citizens. The United States demonstrated its solidarity with Taiwan by sending Health and Human Services secretary Alex Azar to visit the country. This makes him the highest-level US official to visit Taiwan since Washington severed formal diplomatic relations in 1979 in deference to China.

The Trump National Defense Strategy is centered on prioritizing deterrence and preparing to fight and win if deterrence fails great powers. This has impacted Pentagon budget requests, war-gaming, and weapons development and deployments. Although some warned about China’s technological advances during the Obama administration, under Trump, investments in US technology have begun in earnest to regain the advantage. The Pentagon has made advanced technologies some of its highest priorities, including hypersonic weapons, satellites to track the enemies’ evolving missile threats, 5G, and microelectronics. But if allies and adversaries are to take the stated US defense commitments seriously, future Pentagon budgets requests must consistently demonstrate follow-through.

Beijing’s behavior during the pandemic has turbo-charged Trump administration efforts to deter China by fostering a more formal alliance bloc in Asia, beginning with the Quad. While it is keeping expectations reasonable and initial goals modest about developments toward a more formal alliance in Asia, as Deputy Secretary of State Stephen Biegun recently said, “And so at its core, what the Quad is is a combination of democracies. But I think what also illuminates those four parties is a sense of responsibility and willingness to uphold the responsibilities, to extend the benefits of democracy, extend the benefits of economic development, and extend the benefits of security throughout the region.” He went on to praise other regional allies: South Korea, Vietnam, and New Zealand.

The United States, by making it clear that it is unacceptable for Beijing to exploit other nations’ dependence on it, has also initiated efforts to build economic and supply chain resiliency for itself and with its allies. This month, President Trump signed an executive order declaring a national emergency in the mining industry with the goal of boosting domestic production of rare earth minerals critical for military technologies. In November 2019, Australia and the United States penned an agreement toshore up their ability to develop “critical mineral assets,” known as the Action Plan on Critical Minerals.

Recognizing that China is a primary threat has forced hard decisions about dated organizations and treaties, and it should continue to do so. Nuclear non-proliferation and deterring the use of nuclear or non-nuclear strategic weapons is obviously in the interest of all nations. And while significant progress has been made in building consensus on the extent of China’s human rights atrocities, its lack of transparency on the COVID-19 pandemic, and its economic abuses, more work should be done to build consensus on the degree to which China’s military and nuclear missile program pose a threat to stability. About 90 percent of China’s missiles are in the range that the United States is prohibited from deploying by the Intermediate Range Nuclear Forces (INF) Treaty. The Chinese missile force, the most active and diverse in the world, enables Beijing to use precision-strike weapons to target forward-deployed US forces and allied territory, including Japan, Guam, and Australia. Weapons that have in the past been viewed as “tactical” now pose a strategic challenge to the United States, threatening to prevent it from making good on security commitments to its Pacific allies. President Trump withdrew from the INF treaty, due primarily to Russian cheating, and only after earning NATO’s support for withdrawal. This freed the United States to develop, sell, and deploy ground-based missiles with the range necessary to deter Chinese aggression, and the Pentagon is working to take advantage of this opportunity. Skilled diplomacy could yield opportunities to collaborate with allies such as Japan and South Korea to maximize this opportunity.

The most consequential treaty under consideration now is the New START Treaty. Senior Trump administration and Pentagon officials have repeatedly warned that China’s investments in, and focus on, its nuclear program are troubling and that they warrant restrictions for the sake of transparency and ultimately, stability. Russia continues to invest in weapon systems that threaten US and European security interests, and even though they are outside the bounds of the treaty, this puts pressure on the treaty. Whether the treaty is amended, extended for a short time on condition that formal amendments are made, or permitted to expire, depends on Russian cooperation and the outcome of the US presidential election. A second Trump administration is unlikely to extend the treaty without changes, as candidate Biden has promised to do.

President Trump’s sometimes brash approach toward allies and adversaries and his seeming imperviousness to protests from critics has piqued the national security class, despite the positive national security outcomes outlined above. It is not possible that all the accomplishments over the last several years that have strengthened the United States and better positioned it and its allies have happened despite this approach. It is likely, rather, that many accomplishments were achieved in part because of it. Nevertheless, by prioritizing monetary contributions and trade deals above all else, the administration does run the risk of undermining larger, more consequential US strategic objectives, and caution is warranted. In no area is this more important than assuring US allies of the credibility of the US nuclear umbrella. Cracking allies’ confidence in US assurances could unintentionally invite nuclear proliferation.

Moreover, to collaborate on this US-led effort to build consensus and take action to stunt China’s economic and diplomatic gains and deter its aggression and abuses, ally nations will need to make decisions that will cost them in the near term, and it is key to appreciate this. For example, South Korea’s decision to host the THAAD missile defense battery caused Beijing to punish Seoul economically, and it can be expected to do the same thing for future deployments of key weapon systems. While allied financial contributions to collective defense and better trade deals are good for the United States, Washington must be cognizant of other indispensable allied contributions.

The Trump administration’s clarity in recognizing the primary threats to US security, and Washington’s determination to shore up its military and economic strength and fight for preeminence, bode well for the safety and security of all nations preferring a US-led world to one led by the CCP. Moreover, the administration’s reevaluation of threats, its prioritization of the most significant threats, and its response to these threats have led to progress in a variety of ways that build consensus and will create a more conducive environment for effective deterrence, including building economic and diplomatic resiliency with partners and allies.

*About the author: Rebeccah L. Heinrichs is a Senior Fellow at the Hudson Institute

Source: This article was published by the Hudson Institute