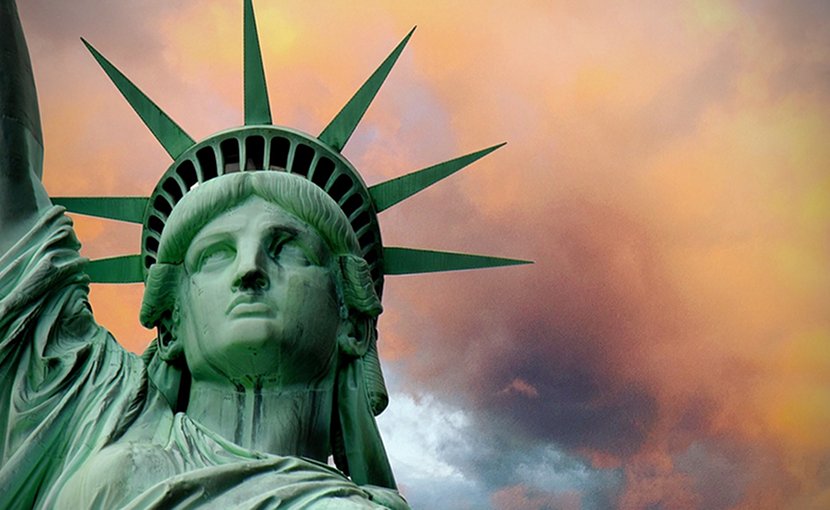 Global attention has been transfixed this week by the ongoing count in the US presidential election. Though the final result might be litigated, Joe Biden has declared victory. The Biden–Harris ticket has won more votes nationally than any other presidential ticket in America’s history, has secured more than 50 per cent of the popular vote, has turned around the key battleground states of Pennsylvania, Michigan and Wisconsin, and is on track to secure victories in Georgia and Nevada. Although President Donald Trump will continue to mount legal challenges and demand recounts in key states, Biden will be sworn in 20 January 2021 as the 46th president of the United States.

Perhaps the most staggering result is that millions of Americans — despite having lived under the chaos and dysfunction characterised by the Trump presidency, and the avoidable deaths of more than 230,000 from COVID-19 — still voted to re-elect Trump. The dawning reality, as the votes were counted, was that the race was once again much closer than the polls and experts had predicted. As Ben Rhodes, deputy national security adviser under Obama, tweeted the day after the election: ‘many Americans took a hard look at Trump and determined “yeah, I want four more years of that”’.

This fact makes the United States an increasingly difficult place for some foreign audiences to understand and relate to. The ideals of the US political system have always held a special fascination for American friends and adversaries alike. And US standing in the world has always rested as much on the appeal of its domestic political system as it has on the country’s traditional levers of military and diplomatic power. But the downside of this global fascination with American politics, which was alive and well this week, is that the fractured reality of US politics is all too easy to see. The international spotlight shines on American democracy’s weakness just as brightly as it once did on American democracy’s strength.

While the electoral system broadly worked, and the turnout even amid a pandemic was one of the highest in US history, the result made clear how divided the United States is domestically. Without the mandate of a Democratic landslide, and facing what could be a Republican-controlled Senate, reuniting a politically fragmented America — as Joe Biden has promised throughout — will be an all-consuming task.

As Donald K Emmerson explains in the first of our lead articles this week, ‘Biden’s immediate priority will be domestic, difficult and crisis-driven: reducing the spread of COVID-19 without worsening unemployment, triggering a recession or yielding to obstruction by Trump’s fans in Congress or by his right-wing judicial appointees. The new administration will turn further inwards by the need to re-professionalise agencies that Trump has had four years to politicise and corrupt’.

This domestic divide will have profound implications for US foreign policy and its place in the world. In the face of obstruction to his domestic policy agenda, President Biden may well find it simpler to turn his attention to the global stage. Here, Biden will seek to leave behind the ‘America First’ doctrine of the Trump presidency, and instead pursue a foreign policy characterised by ‘internationalisation’. ‘Internationalisation’, Emmerson suggests, will mean ‘enlisting outside powers in efforts to achieve American objectives in the wider world’. We will see greater efforts to work with rather than undermine US allies; greater support for multilateral institutions such as the World Health Organization and ASEAN; and a determination to use American diplomacy, as much as military might, to shape the outcomes the United States hopes to see in Asia.

Within Asia, internationalisation will define a Biden administration’s approach to China. Biden will likely tamp down the Trump administration’s populist ‘crusade’ against the Chinese Communist Party, and will not pursue ‘half-baked’ economic de-coupling from China, as Robert L Manning explains in the second of our lead articles this week.

Yet, this will not mean a return to the ‘softer stance of the Obama years’, Emmerson cautions. Instead, a Biden administration will seek to strengthen its regional alliances and security partnerships as part of a deterrence strategy against China; reform institutions like the World Trade Organization to enforce trade and other economic rules in its dealings with China; and engage selectively with China on global health, environmental and development issues.

On the face of it, such an approach will be music to the ears of most leaders in Asia, who have lamented the US global retreat and the Trump administration’s push for them to choose between the United States and China.

But ‘internationalisation’ does not represent a panacea or an automatic return to US global leadership. Underpinning Biden’s desire to enlist outside powers to achieve America’s global objectives is perhaps the only bipartisan view left standing in the United States: America is already over-extended around the world. A Biden-led foreign policy will be one that expects US friends and allies to share more of the military, diplomatic, and financial burden for maintaining the global and regional order.

And although Biden has already signalled his intent to rejoin key international institutions such as the Paris Agreement on climate change, and may have an interest in rejoining the Trans-Pacific Partnership (TPP), such moves will ultimately be constrained by US domestic politics. Whether or not he joins multilateral agreements like the TPP will ‘come down to how much political capital Biden would have to spend to gain approval’, Manning argues.

A Biden presidency will not pursue an ambitious global agenda but a far more circumscribed one, in which its foremost foreign policy goal will be to put the United States’ own house in order. This poses real challenges for US friends and allies. At a moment when the health, economic, environmental and security challenges facing the globe are more pressing than at any time since the Second World War, the ideas, resources, and long-term effort needed to solve these challenges will need to come from outside the United States rather than from within it.

*The EAF Editorial Board is located in the Crawford School of Public Policy, College of Asia and the Pacific, The Australian National University. Published by East Asia Forum.

The article After The US Elections A Fractured Power Will Still Struggle To Lead – OpEd appeared first on Eurasia Review.