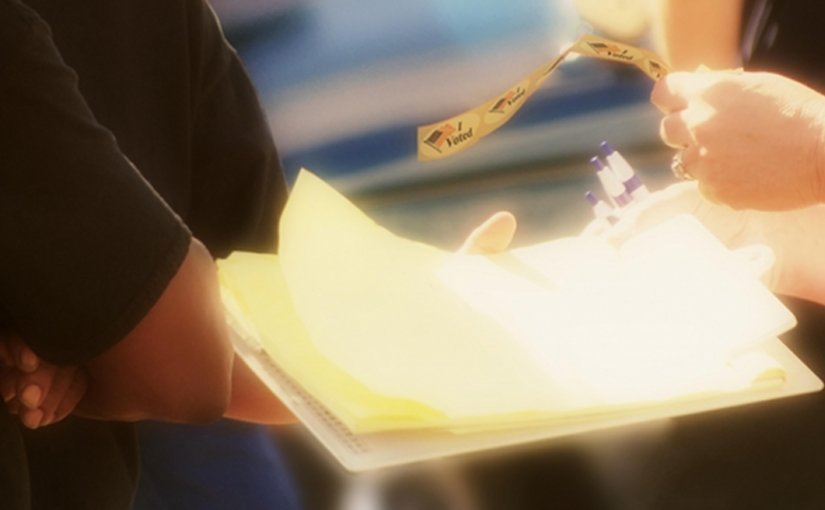 Democrats have lamented how the Electoral College gives smaller states outsized influence over presidential elections. But consider what they’ve done via illegal means: given a handful of Democrat-run, major cities far greater influence over the current election.

That is, with vote-fraud being mainly a Democrat-big-city phenomenon, we now face the prospect that shenanigans in Philadelphia, Detroit, Milwaukee, Atlanta and some other leftist metropolises will be the deciding factor in who takes the White House next year.

(If you doubt this, know that ex-Democrat governor Rod Blagojevich just called such vote fraud a “time-honored” Democrat tradition. All connected Democrats know this, by the way.)

Such corruption has made some wonder how it is that we have state- and locally-controlled elections for federal offices when these contests affect the whole nation. It’s a good question, and the answer is that this is part of the wide-ranging powers states are constitutionally granted.

So this is definitely part of the Founders’ vision. Yet there’s a problem: A much larger part of their vision — a federal government so small and non-intrusive that who controls it is of little consequence to the states — has been scrapped. So where presidential elections were once merely a matter of who’d run the federal government, they now can be a matter of who’ll run Americans’ lives.

As to the Founders’ vision, consider that the acknowledged “Father of the Constitution,” James Madison, said that the “powers delegated by the proposed Constitution to the federal government are few and defined. Those which are to remain in the State governments are numerous and indefinite.”

Do you think we’d have a battle over the election so intense that some are talking of civil war if the above were still status quo?

Just to cement the point, know that the federal powers were meant to “be exercised principally on external objects, as war, peace, negotiation and foreign commerce,” Madison explained. “The powers reserved to the several States will extend to all the objects which in the ordinary course of affairs, concern the lives and liberties, and properties of the people, and the internal order, improvement and prosperity of the State.”

People today aren’t frantic and scared about who’ll control the central government because they’re worried about “external objects,” such as war, peace, negotiation and foreign commerce. They’re frightened because the feds’ assumed powers are becoming numerous and indefinite.

It was unthinkable in the young United States that the central government would create an income tax, issue a national “mask mandate,” determine what your kids would be taught in school, impose “transgender” privileges masquerading as “rights,” tell businessmen who they may hire and fire, or foist socialism or a “Green New Deal” upon the nation. Yet all these things and far more have either already been done or have been proposed.

In fact, Professor Walter E. Williams estimated many years ago that two-thirds of what the federal government was involved in amounted to unconstitutional endeavors. Moreover, that proportion is surely higher today.

So what now exists is a dangerous incongruence: States still have the freedom to run their own elections and possibly, via corruption, swing a presidential contest toward a demagogue.

But they don’t have the freedom from federal control that would make that demagogue relatively insignificant in people’s lives. For the feds’ domain is no longer limited to “external objects,” but ever-burgeoning internal objects.

Put differently, founding principles are now detached from one another, creating an imbalance in which authority over elections is localized while the consequences of elections are federalized.

In a way, this issue is reminiscent of why we also now have society rending battles over Supreme Court nominees. Kamala Harris had her history wrong when she claimed at the vice-presidential debate that Abraham Lincoln waited until after an election to choose a SCOTUS candidate because he wanted to let the people “make the decision.” In reality, Lincoln refrained only because the Senate was out of session at the time.

The very day it resumed, he presented his nominee and that man was immediately confirmed. It was routine and uncontroversial for the same reason such nominees always were until later in our history: The courts at the time adhered far more closely to the founding principle that they should rule based only on the Constitution.

But once they began arrogating greater power to themselves and judicially imposing faux law that affected average Americans’ lives, their nomination contests became like our current presidential elections: knock-down, drag-out, winner-take-all affairs.

It’s only getting worse, too, with Rep. Alexandria Ocasio-Cortez talking about compiling a hit list of Trump supporters to be targeted for punishment. So now a handful of corrupt major cities could give us a federal government that will persecute Americans nationwide.

If we’re going to entertain changes requiring constitutional amendments, a better idea would be to give each locality a certain number of votes akin to electoral ones, whose number would correspond to the jurisdiction’s population. This would determine, along with the other localities’ votes, what candidate wins its state and receives the latter’s electoral votes.

This would eliminate rampant presidential-election vote fraud in big cities that support Democrats by wide margins. Stealing another 100,000 votes doesn’t help when your “electoral vote” count can’t be increased. (This would be beneficial for gubernatorial elections, too.)

At the end of the day, though, a better remedy still is one far more difficult to effect: constitutionalism and its prerequisite, morality in the people. As Founding Father John Witherspoon warned, a “republic once equally poised, must either preserve its virtue or lose its liberty, and by some tumultuous revolution, either return to its first principles, or assume a more unhappy form.”

We’ve long been losing our liberties, and some conclude that a tumultuous revolution is the only recourse. But we should remember that unless we first have a revolution in hearts and minds and return to virtue, an unhappy form will ultimately be our lot.

The article With Locally-Run Elections, A Handful Of Big Dem Cities Now Can Control Entire US – OpEd appeared first on Eurasia Review.