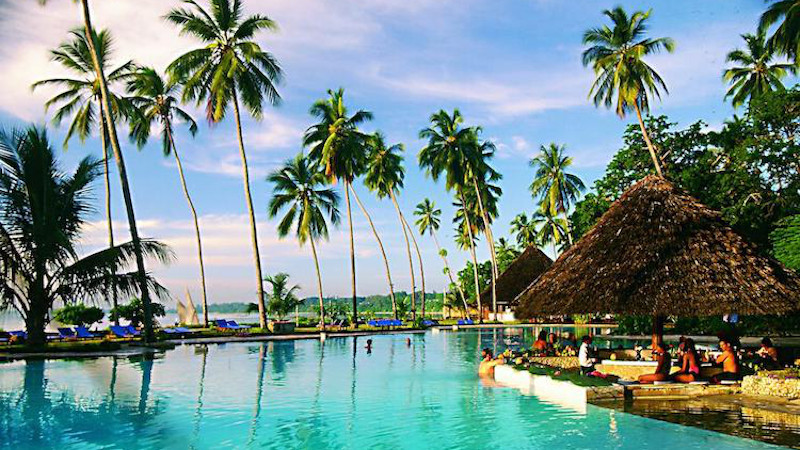 Despite the worsening coronavirus situation in Russia, at least during the months of October and November, Russian tourism agencies have briskly been organizing group tours to the Indian Ocean islands of Zanzibar, Seychelles and Mauritius.

Obviously, because the islands seem to have the lowest cases of the pandemic and have taken strict measures to halt the spread of COVID-19. And, these islands are favourite destinations for foreign tourists and have closely diverse geopolitical relations with the world.

With a geographically dispersed population of nearly one million, Zanzibar is a Tanzanian archipelago of 75 islands on the eastern shore of Africa. It is about 25-50 kilometres off the coast of the mainland of Tanzania. The two large islands are Unguja (Zanzibar) and Pemba. Zanzibar attracts a large number of foreign tourists throughout the year.

As already known, these ocean islands depend mostly on the travel industry. Due to the outbreak of the coronavirus, all these governments have imposed restrictions on travel to the islands that have the best climate and attractive beaches, thus paralyzing the tourism industry.

According to official reports, Russia resumed air travel with Tanzania on August 1. However, flights began only in October, because the destination is not popular during summer. The first charter flight operated by the Royal Flight airline arrived late October in Zanzibar, Tanzania, with nearly 500 passengers onboard. Zanzibar, a semi-autonomous part of Tanzania, has its own airport.

“The first charter flight from Moscow operated by Royal Flight landed on the island in the morning of October 30. There were 490 passengers on board, the youngest one-year-old, and the oldest 83. There will be one flight per ten days in the future. The travel time is about nine hours. The charter program is ordered by Coral Travel,” the tour operator’s PR department head Marina Makarkova told Russian news agency Interfax.

In her words, Royal Flight will broaden the geography of Zanzibar flights and will offer the broadest flight program on the regional market. Residents of seven other cities, in addition to Moscow, will have a chance to visit the island. Flights will be operated from Rostov-on-Don (starting on November 9), Novosibirsk and Ufa (starting November 14), Kazan (starting November 11), St. Petersburg (November 7), Samara (November 17), and Krasnoyarsk (November 16). All flights will be available once every ten days.

There are other Russian tour operators that have joined, competing to dominate the travel business to these islands. For instance, Pegas Touristik and Anex Travel have decided to expand the geography by adding a number of Russian cities such as St Petersburg and Kazan to Moscow and are luring potential Russian tourists already mid-October.

Pegas Touristik’s flight program from St. Petersburg on Pegas Fly liners starts on November 10 with a frequency of once every 11 days to Zanzibar. The company said that the tours have already been calculated and are available for booking, with a departure from St. Petersburg in mid-December. It further reports that bookings of tours, departing from Moscow, are going well.

Nowadays, chartered flights from Moscow to Zanzibar are controlled by four players – Pegas Touristik, Anex Tour, Intourist and Coral Travel. These agencies note that Zanzibar is currently the only affordable exotic beach destination and demand will be high getting to the year-end. Tourists from the regions will be transported by Pegas Touristik and Anex Tour. In addition, Anex Tour has regional flights from five regions – Kazan, Rostov-on-Don, St. Petersburg, Samara and Novosibirsk.

Some travel agencies believe that the destination is quite capable to attract the interest of Russians in the absence of other popular countries. According to Dmitry Anpilogov, Chief Executive of Laguna Tour Company (Saratov), his company has a number of bookings of Zanzibar: “There is nothing else to sell, so we are happy to offer the beaches of Tanzania. We convince customers that it is right to fly there now. Of course, there are no queues, but people are interested in the destination, including tours for the New Year.”

In a policy report made available to IDN, Dr Antipas Massawe, a former lecturer from the Department of Chemical and Mining Engineering, University of Dar-es-Salaam in Tanzania, East Africa, acknowledged the narratives that these ocean islands are closely involved in international tourism, and consequently could easily be exposed to the global pandemic. He cautioned tour operators about the rush for business and be watchful in an attempt to revamp the travel industry.

He acknowledged that a lot of coronavirus cases in Tanzania, and about 25 per cent of the aggregate for Zanzibar are an approximation based on how the shares of the TZ mainland and TZ Zanzibar in the continuing announcements of cases.

“I don’t know why they are not giving the total for Zanzibar which is leading together with Dare es Salaam. But in terms of the per capita of cases, Zanzibar would be the leading epicentre of it in the country as well as in East Africa, meaning the Middle East could be the main source of it here,” Massawe told IDN in an emailed query.

In order to control the coronavirus outbreak, Russia grounded nearly all international flights in late March. It allowed only special flights evacuating Russians from abroad and other flights authorized by the government.

Now as it opens its borders, foreign citizens are required to produce negative coronavirus test certificates within 72 hours while arriving Russians usually ignore self-quarantine. Nevertheless, coronavirus pandemic is not subsiding, and health officials continue signalling the risks of foreign travel.

According to the Crisis Management Centre (Department) of the Russian Foreign Ministry, special evacuation flights successfully returned Russian citizens from 38 foreign countries. Its report, on coronavirus update and helping Russians return home, said that a Royal Flight plane returned Russians from Mauritius and Zanzibar as well as a group from South Africa.