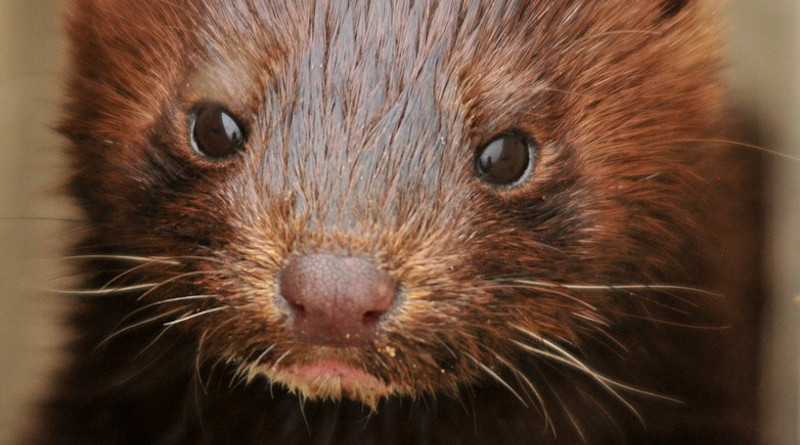 “The worst case scenario is a new pandemic, starting all over again out of Denmark,” came the words of a grave Kåre Mølbak, director of the Danish health authorities, the State Serum Institute.  According to the Institute, COVID-19 infections were registered on 216 mink farms on November 6.  Not only had such infections been registered; new variants, five different clusters in all, were also found.  Mink variants were also detected in 214 people among 5,102 samples, of whom 200 live in the North Jutland Region.

A noticeable tremor of fear passed through the public health community.  It was already known that mink are susceptible to SARS-CoV-2.  On April 23 and 25, outbreaks linked with mink farms were reported at farms in the Netherlands holding 12,000 and 7,500 animals respectively.  The mink had been infected by a farm worker with COVID-19 and, like humans, proved to be either asymptomatic, or evidently ill with symptoms such as intestinal pneumonia.  In time 12 of the 130 Dutch mink farms were struck.  What interested researchers was the level of virulence in the transmission of the virus through the population.  “Although SARS-CoV-2 is undergoing plenty of mutations as it spreads through mink,” writes Martin Enserik for Science, “its virulence shows no signs of increasing.”

The Danish discoveries, however, fuelled another concern: the possibility that the virus from cluster 5, as identified by the Institute, was more resistant to antibodies from humans infected with SARS-CoV-2 when compared to other non-mutated SARS-CoV-2 viruses.  Potential vaccines, in other words, could be threatened with obsolescence.  “This hits all the scary buttons,” claimed evolutionary biologist Carl Bergstrom.

In her November 6 briefing, Tyra Grove Krause, head of the department of infectious disease epidemiology and prevention at the SSI, did not wish to strike the doomsday register.  But she was none the less abundantly cautious.  “We definitely need to do more studies on this specific variant and its possible effect on future vaccines, but it takes a long time to do these kinds of studies.”  But she was in no mood to wait to “get all the evidence” given the possible risks.  “You need to act in time to stop transmission.”

The World Health Organization is attempting to provide some reassurance, and while this is welcome, that body’s public image has been often unjustly frayed by its initial approach to the novel coronavirus.  In a statement to National Geographic, the WHO admitted concern “when a virus has gone from humans to animals, and back to humans.  Each time this happens, it can change more.”  But Soumya Swaminathan, the WHO’s chief scientist, refrained from drawing any conclusions from the current crop of revelations from Denmark.  “We need to wait and see what the implications are but I don’t think we should come to any conclusions about whether this particular mutation is going to impact vaccine efficiency.”

Francois Balloux, director of University College London’s Genetics Institute, is also making his own infectious disease wager, thrilled by this “fantastically interesting” scenario.  “I don’t believe that a strain which gets adapted to mink poses a higher risk to humans.”  This comes with qualification, of course.  “We can never rule out anything, but in principle it shouldn’t. It should definitely not increase transmission.  I don’t see any good reason why it should make the virus more severe.”

In Denmark, no scientific chances are being taken on either the issue of virulence or the matter of vaccine effectiveness. The entire mink herd of 17 million is being culled.  The Danish Prime Minister, Mette Frederiksen, attempted to see the problems of her country and its mink industry in humanitarian terms.  “We have a great responsibility toward our population,” she explained on Wednesday, “but with the mutation that has now been found we have an even greater responsibility for the rest of the world as well.”  Residents in seven areas in North Jutland have also been told “to stay in their area to prevent the spread of infection …. We are asking you in North Jutland to do something completely extraordinary.  The eyes of the world are upon us.”

Despite the immediate and effective destruction of an industry, Mogens Jensen, Minister for Food and Fisheries, stated that this would be “the right thing to do in a situation where the vaccine, which is currently the light at the end of a very dark tunnel, is in danger.”  Magnus Heunicke, the Minister for Health, also reiterated the point that “mink farming during the ongoing COVID-19 epidemic entails a possible risk to the public health – and for possibilities to combat COVID-19 with vaccines.”

The inevitably callous and brutal measure means that both the animals concerned and an industry, are being confined to history.  Animal welfare advocates see mixed promise in the measure: cruelty in the culling, but hope in the eradication of a trade.  “The right decision,” according to Animal Protection Denmark, “would be to end mink farming entirely and help farmers into [another] occupation that does not jeopardize public health and animal welfare.”

Joanna Swabe, the senior director of public affairs for Humane Society International/Europe, did express some pleasure at what was otherwise a grim end to Denmark’s mink population.  As one of the largest fur producers in the global market, the “total shutdown of all Danish mink fur farms amid spiralling COVID-19 infections is a significant development.”  She even went so far as to congratulate the Danish prime minister for the “decision to take such an essential and science-led step to protect Danish citizens from the deadly coronavirus.”

Fur lobbyists and traders, while accepting of the health risks, have had reservations at the absolute nature of the Danish response.  Magnus Ljung, CEO of Saga Furs, noted how control of COVID-19 infections in mink populations was achieved in the Netherlands and Spain without a need to resort to mass culling.  Mick Madsen of the Brussels-based industry group Fur Europe accepted that “public safety must come first” but urged Danish authorities to “release their research for scrutiny amongst international scientists.”

In the United States, mass culling is yet to take off.  The US Centers for Disease Control and Prevention remains cool to any drastic measures, despite cases of contracted coronavirus at mink farms in Utah, Wisconsin and Michigan.  Transmission to humans had yet to be documented, though spokesperson Jasmine Reed noted “ongoing” investigations.

Some scrutiny from international sources regarding Denmark’s decision has been forthcoming, though it is more in the order of modest scepticism.  Marion Koopmans of the Erasmus Medical Centre in Rotterdam, recalling the research into mink outbreaks in Dutch mink populations, considered the claim on a resistant mutation a bold one.  “That is a very big statement.  A single mutation, I would not expect to have that dramatic an effect.”  Emma Hodcroft, a molecular epidemiologist based at the Institute of Social and Preventive Medicine in Bern, Switzerland, was also doubtful.  “It’s almost never the case that it’s such a simple story of one mutation and all your vaccines stop working.”

After the great Danish mink massacre, it may well transpire that Prime Minister Frederiksen’s decision might have been less “science-led” as was presupposed.  This does not dishearten Hodcroft, who warmly embraces the Danish approach to “take a step too far rather than a step too little”.  Pity about the mink, then.