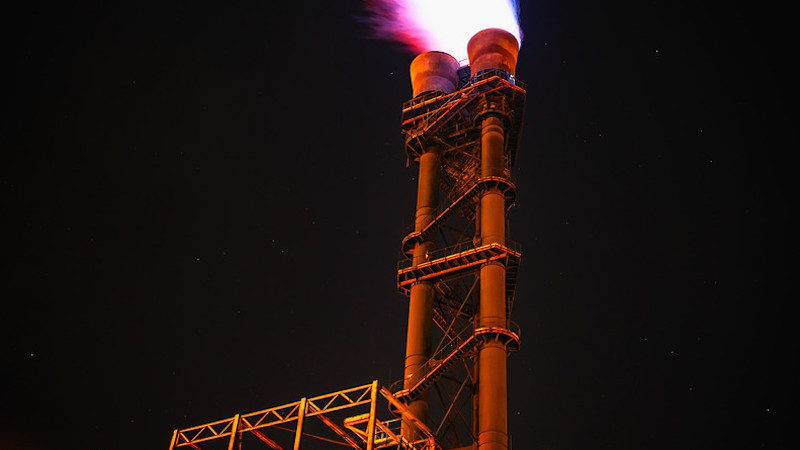 China’s pledge to achieve carbon neutrality by 2060 appears to have taken Russia by surprise, exposing a rift in their energy partnership and new risks for investment in oil and gas.

President Xi Jinping’s announcement of the “net-zero” goal, delivered by video to the U.N. General Assembly in September, seems to have stunned Russian officials who have relied on China’s demand for fossil fuels as a source of revenue growth for decades to come.

Russia is concerned by both deadlines because its major energy investments like the U.S. $20-billion (134-billion yuan) Power of Siberia gas pipeline to China, just opened last December, are intended to generate returns for at least 30 years.

In May, Gazprom launched a feasibility study for a second Power of Siberia gas route to China through Mongolia that could be even larger with a design capacity of up to 50 bcm. Gazprom expects China’s gas demand to double by 2035, echoing the forecast by China National Petroleum Corp. (CNPC).

Such massive long-term investments in fossil fuel projects may now have to be re-examined, taking China’s new deadlines for carbon neutrality into account.

“Our countries, like the whole world, are going through a period of significant technological changes in energy, but the so-called energy transition toward green energy must not take on the nature of pressure on the energy sector,” Novak told a meeting of his counterparts from BRICS countries, including Brazil, India, China and South Africa.

“It is necessary to make balanced and progressive decisions that correspond to the individual features of each country,” he said, according to Interfax.

While insisting that Russia’s energy companies were “actively engaged” in developing non-fossil energy sources like nuclear power and hydrogen, Novak called for more gradual solutions to climate challenges in light of the country’s heavy dependence on petroleum production.

“In the international arena, … we need to uphold a balanced approach together, not allowing imposition of models that are unsuitable for our countries,” he said.

On Oct. 22, Igor Sechin, CEO of the state-owned Rosneft oil company, echoed the concern with China’s emission targets in a video presentation to the Eurasian Economic Forum meeting in Verona, Italy.

“Renewable energy alone will not be able to meet the growing demand,” said Sechin. “Underinvestment in maintaining oil and gas production will result in a sharp increase of prices for all types of energy, not just oil and gas,” he warned.

On Oct. 23, President Vladimir Putin made a similar case against a rapid shift to renewable energy sources in comments to the Valdai discussion club of Russia experts.

“I don’t think it’s realistic, if everyone wants to be competitive, to abandon hydrocarbons in the near future,” said Putin. “I consider the near future to be several decades — 30, 40, 50 years in the future. It’s just not realistic,” Putin said, according to Interfax.

Russia’s reactions to China’s targets can be seen as a sign of diverging interests between the two powers, said Edward Chow, senior associate in the Energy Security and Climate Change Program at the Center for Strategic and International Studies in Washington.

Despite Putin’s claim in 2014 that the two countries have “no disagreements,” Russia’s carefully couched criticisms of Xi’s climate announcement have highlighted major differences between the strategic partners on opposite sides of the energy security coin.

“If indeed China joining the developed world in announcing an aspirational goal for net-zero carbon emissions caught Russia by surprise, then to me it underscores the uneven and non-permanent nature of the Sino-Russian energy relationship,” Chow said.

Russia under Putin has made little effort to diversify its economy or even to set rhetorical goals to do so since the presidency of Dmitry Medvedev in 2008-2012, said Chow.

In fact, Russia’s drive to develop Siberian resources for the Chinese market has been aimed at extending its oil and gas dominance to hedge against the economic and political risks in its traditional European markets.

China has also dragged its feet in continuing its heavy reliance on coal, but its growing energy demand and environmental conditions have increased pressure for change.

“China’s four decades’ long rapid economic growth has been fueled by domestic coal and imported oil and gas. Both create vulnerabilities and are unsustainable,” Chow said.

“Therefore, it is in China’s interest to diversify its forms of energy use and energy supply sources to be cleaner and less import dependent,” he said.

Russia’s repeated objections to Xi’s net-zero agenda appear to imply a fundamental split over the role of the country’s rising energy investments in Asia.

Instead, Russia spent much of the past year competing with Saudi Arabia for the top spot among China’s oil suppliers, sparking a price war that it could not afford.

The outcome suggests that Russia needs China as a market for its resources more than China needs Russia as an oil and gas supplier.

Based on data through August, Russia held a 15.5-percent share of China’s oil imports, while Russian supplies to China accounted for 37.8 percent of its crude exports outside the CIS.

China’s reliance on imports for over 70 percent of its oil has started to weigh heavily on Beijing’s energy security strategies, but its diversification of sources has kept Russia from gaining the upper hand in their energy partnership.

That may account for Russia’s evident surprise at Xi’s carbon neutrality statement, and Xi’s apparent decision not to inform Russian officials in advance.

The relative strengths of China and Russia in their energy relationship have also been reflected in Moscow’s failure to win financing for the Power of Siberia pipeline from Chinese banks after a decade of trying.

It is unclear whether Russia will pursue the proposed Power of Siberia 2 project through Mongolia with equal enthusiasm in light of the diminished prospects for fossil fuels that may result from Xi’s new carbon goals.