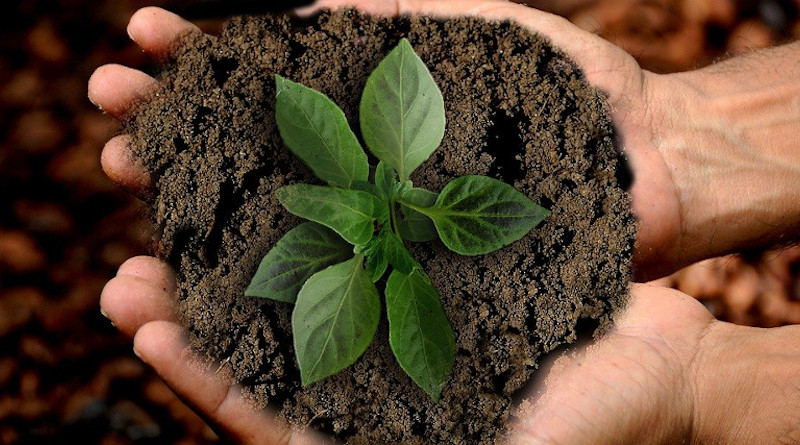 Reducing fossil fuel use is essential to stopping climate change, but that goal will remain out of reach unless global agriculture and eating habits are also transformed, according to new research from the University of Minnesota and University of Oxford.

A paper published in the journal Science reveals that emissions from global food production alone could lead to a global temperature increase of more than 1.5°C by mid-century and of nearly 2°C by the end of the century, even if emissions from fossil fuels were to end immediately. The study also identifies the need for large and rapid improvements in farming practices, as well as changes in what we eat and in how much food we waste, to help achieve the Paris Agreement’s goal of limiting global temperature increases to 1.5°C or 2°C.

“Our work shows that food is a much greater contributor to climate change than is widely known. Fortunately, we can fix this problem by using fertilizer more efficiently, by eating less meat and more fruits, vegetables, whole grains and nuts and by making other important changes to our food system,” said Jason Hill, professor in the Department of Bioproducts and Biosystems Engineering in the University of Minnesota’s College of Food, Agricultural and Natural Resource Sciences and College of Science and Engineering.

The study determined that, if left unchanged, future greenhouse gas emissions from food production would alone lead to the world warming by 1.5°C by 2050 and by 2°C by the end of the century compared to pre-industrial levels. The authors projected future emissions using expected trends in population growth, dietary changes and the additional amount of land required to feed the world.

“There are at least five different changes that would allow us to prevent this agriculturally-driven climate change” said David Tilman, Regents professor in the Department of Ecology, Evolution, and Behavior in the College of Biological Sciences.

“These are farming more efficiently, helping farmers in low-income countries increase their yields, eating healthier foods, avoiding overeating and wasting less food. Even partially adopting several of these five changes would solve this problem as long as we start right now.”

The paper points to recent research that shows all five strategies are readily achievable and have many benefits beyond controlling climate change, such as improving human health, reducing water pollution, improving air quality, preventing species extinctions and improving farm profitability.

“Discussions on mitigating climate change typically focus on reducing greenhouse gas emissions from burning fossil fuels, for instance, from transportation or energy production. However, our research emphasizes the importance of also reducing emissions from the global food system,” said Michael Clark, researcher in the Oxford Martin School and Nuffield Department of Population Health at the University of Oxford.

The research makes clear that reducing greenhouse gas emissions from food systems will require coordinated action across sectors and between national governments, and that action will need to start soon, with policies fully adopted by 2050, to achieve the climate goals.