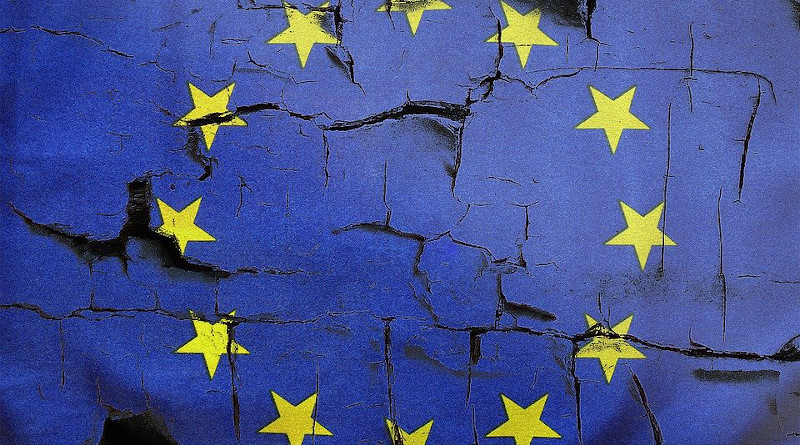 (EurActiv) — The European Commission revised downwards its expectations about the European recovery as the impact of the second wave of COVID-19, and the uncertainty about how it will evolve further, will weigh on the fragile economies.

According to the Commission’s autumn forecast, published on Thursday (5 November), the EU economy will fall by 7.4% this year, less than predicted in July (-8.3%). But the EU executive cut its 2021 growth forecast to 4.1% from 5.8%

For the eurozone, the recession this year will be less severe than initially said (-7.8%) but the recovery is also expected to lose momentum year: 4.2% compared with 6.1% projected in July.

The Commissioner for Economy, Paolo Gentiloni, stressed that the EU is experiencing the most severe recession in its seven-decade history.

He explained that the rebound following the containment measures to tackle the first wave was stronger than expected, thanks to the consumer demand and the stimulus adopted by national governments. But the continuous spread of the virus is causing “renewed disruptions”, he added.

“This is expected to put the recovery on hold in the short term. It also leaves the outlook subject to extremely high uncertainty”, he told a video press conference and explained that the EU executive had taken several technical assumptions when it prepared the forecast.

The figures reflected that “some degree of containment measures” will remain in place in 2021 and 2022, affecting the recovery.

Commission officials, however, said the stricter measures adopted recently by EU governments were factored in only in a limited manner.

As a result, the GDP figures for some countries may even be “on the optimist side”, as is the case for Spain, officials explained.

The Spanish economy will suffer like no other EU member from the impact of the virus and the containment measures. Its GDP will fall by 12.4% this year and rebound 5.4% in 2021, lower than expected last summer.

Gentiloni explained that the fourth largest EU economy was badly hit because of its dependence on the tourism and retail sector, and an early impact of the second wave.

The Commission also excluded from its forecast the impact of an EU-UK trade agreement.

“Without prejudice to the outcome of ongoing negotiations on a future EU-UK partnership, we assume that the EU and the UK will trade on the World Trade Organisation Most Favoured Nation rules from 1 January 2021”, Gentiloni said.

Officials explained that the under the “no policy change” scenario, the assumption is that, for the time being, there will be no trade agreement once the post-Brexit transition period ends this year.

In addition, the cut off date for the autumn forecast (22 October) limited the extent to which the strong rebound seen in the third quarter in some economies, including Spain, was factored in.

Gentiloni warned that the pandemic could become “more severe and last longer”, requiring more containment measures and further damaging the recovery. Another risk would be a premature withdrawal of the support measures for the economy and workers.

The Commission’s forecast, however, did not take into account the positive impact expected from the €750 billion recovery fund. The EU executive predicts that the impact could be up to 2% of GDP over the next decade.

Gentiloni said its impact will be very strong, “particularly for some member states where the pandemic hit harder”, given that they will receive stronger support from the recovery fund.

The Commissioner also said that a swift and widespread deployment of the vaccine would help to improve the recovery, as would an EU-UK agreement.

Despite the stalled recovery and the risk of a double-dip recession if the pandemic aggravates, Gentiloni said that “we have the firepower to react”, and “our duty is at the same time to implement what has been decided”, referring to the ongoing negotiations to finalise the recovery fund and the EU’s next seven-year budget of around one trillion.

Having a closer look at the European economies, only Germany and Poland are expected to reach or surpass their pre-pandemic GDP levels by the end of 2022.

France is expected contract by 9.4% in 2020, in part due to the new restrictions, which will also limit the rebound to 5.8%.

The containment measures will also have a severe impact on national budgets and debt.

Meanwhile, the eurozone average deficit is expected to increase from around -0.5% of GDP last year to -8.8% this year, and then shrink to -6.4% next year.