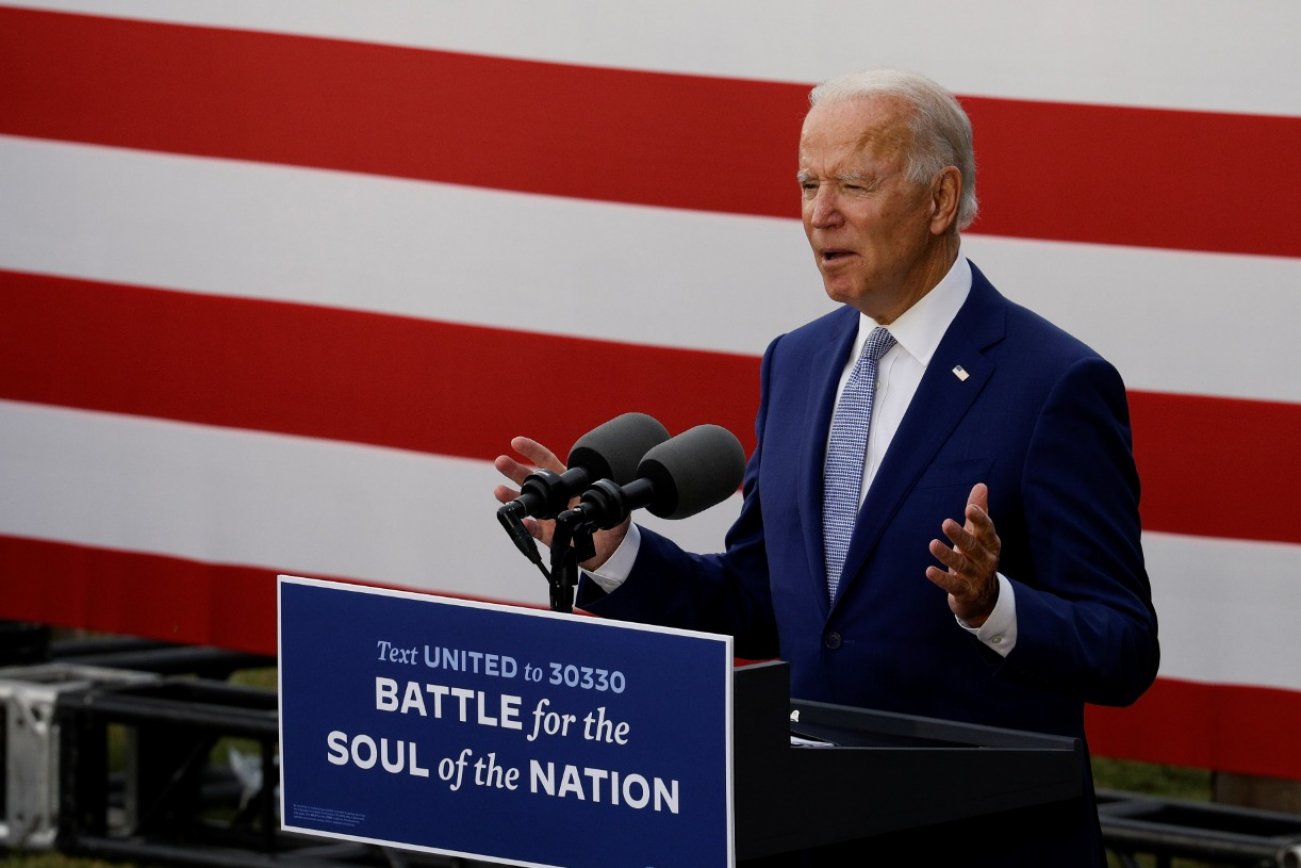 Poll: Biden is leading Trump by 4 percent at 50-46 percent, and Biden still with a slight edge over the president in a low turnout model, 50-48 percent.

A new Monmouth University poll released Wednesday reveals that Biden has 50 percent of support among registered voters, while 45 percent back Trump—which marks the first time the former vice president has gained a Monmouth polling lead in the Peach State. Just last month, the same poll found Biden trailing behind Trump by 1 percent.

The poll presented a high voter turnout scenario, showing Biden leading Trump by 4 percent at 50-46 percent, and Biden still with a slight edge over the president in a low turnout model, 50-48 percent.

Although the models are “not statistically significant,” according to the poll, it does suggest that he’s gaining momentum in the state.

“Monmouth has a very well respected polling institute and this is a high quality poll. They are accurately representing that the shift they are seeing in their results are not statistically significant and so we can’t be 95 percent confident it is not simply a product of random error, but the results, on their face also portend very bad things for the Trump campaign,” Joshua J. Dyck, associate professor of political science and director of the Center for Public Opinion at the University of Massachusetts Lowell, said.

Dyck added that “a competitive race in Georgia,” a state that Trump won by a five-point margin in 2016, could indicate a tight race for the White House with “time not on his side.”

“This survey is better news for the Biden campaign who might see that they are benefiting from the longer term momentum that Republican candidates have been receiving less support from Georgia voters in the past three presidential elections,” Mark Owens, assistant professor of political science at the University of Texas at Tyler, said.

Owens noted that he expected that the Biden campaign “has had a clear plan” for how to rally voter support from Georgians this entire election season, since former President Barack Obama lost the state’s support in 2008 but generated 47 percent of the vote.

If no candidates receive more than 50 percent of the vote, a runoff election would occur, which would likely take place early next year, according to a Georgia law.

The Monmouth poll surveyed 504 registered voters in Georgia conducted from Oct. 23-27, with a margin of sampling error of 4.4 percentage points.