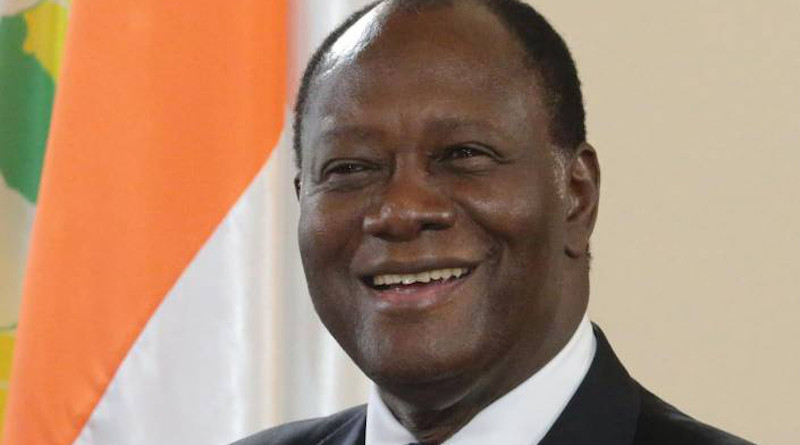 The crisis in Côte d’Ivoire has considerably worsened in the run-up to the presidential election on 31 October. The violence is unlikely to subside during and after the poll, raising serious security concerns both for the country and the region. There’s also little sign that lessons have been learned from the violent electoral crisis of 10 years ago.

Less than a month later Henri Konan Bédié and Pascal Affi N’Guessan, two main opposition coalition leaders, reiterated their request that supporters use all legal means to stop any initiative related to the electoral process. This moved the protest closer towards a radical and potentially violent confrontation.

Pre-electoral violence stems from the government’s indifference to opposition demands to reform the Independent Electoral Commission and Constitutional Council, and to have an independent audit of the voter register. The credibility and impartiality of these bodies – essential for peaceful and fair elections – have consistently been questioned, but not addressed.

These issues were heightened by the exclusion of some key political figures from the electoral process, including former president Laurent Gbagbo and former rebel leader and speaker of the National Assembly Guillaume Soro. Of the 44 applications submitted for the presidency race, the Constitutional Council validated only four – those of Ouattara, Bédié, Kouadio Konan Bertin and N’Guessan – in a decision seen as biased.

The government didn’t act on the decisions issued by the African Court on Human and Peoples’ Rights ordering authorities to allow both Gbagbo and Soro to participate in the vote. Côte d’Ivoire subsequently announced its withdrawal from the court in April this year.

Heeding opposition leaders’ calls, thousands of supporters have since August staged protests including in Abidjan, Daoukro, Bonoua, Gagnoa, San-Pédro and Divo. The death toll in resulting clashes varies according to government or opposition sources. Amnesty International reported cases of infiltrations and arbitrary arrests.

The burning of N’Guessan’s residence in Bongouanou and the attacks on the city mayor’s house on 17 October fuelled anxiety about violence during the election. Riots increased to 100 since August when Ouattara announced his candidacy compared to just over 20 in the two months before that.

Côte d’Ivoire emerged from a violent post-electoral crisis in 2010 to embrace a national reconstruction process. But various reforms undertaken have only partially remedied the structural issues that have threatened stability since the passing of the first president Félix Houphouët-Boigny in 1993.

The ongoing crisis has exposed deep social and political ills that the national reconciliation process failed to heal. Old wounds have been reopened which has again polarised the country, reminiscent of the 2010 violence that cost 3 000 lives.

Since 2020, the focus seems to have been on ensuring the survival of the old political guard rather than ensuring sustainable peace. The revised 2016 constitution, which was amended in 2019, was quick to determine a minimum age of 35 for any presidential candidate – but deliberately removed the upper age limit. With the balance of power on its side, the government doesn’t seem willing to make any significant concessions to the opposition on contentious issues.

Questions also remain over the success of security sector reforms. The police and military face many problems ranging from lack of accountability to politicisation. The security forces have also unleashed the repressive state machinery on protesters in the build-up to the election.

Côte d’Ivoire is further threatened by terrorist attacks, which have hit the country twice – in 2016 and 2020. Equally worrisome is the use of violent gangs to undermine the opposition’s protests. Known as the ‘microbes’, these youngsters wreaked havoc in Abidjan between 2010 and 2011. Despite efforts to reintegrate the ‘microbes’ back into society, they remain a cause for concern when voting starts.

While the Economic Community of West African States (ECOWAS) initiated talks with various protagonists to prevent the escalation of violence, it hasn’t reached substantial agreement on the way forward. Instead, its joint communiqué with the African Union and the United Nations (UN) acknowledged the disagreements between the government and opposition over the electoral process. ECOWAS called for dialogue and restraint, inviting parties to increase efforts to achieve inclusive and peaceful poll.

With the election just a few days away, there’s no indication of a compromise from the opposition either. Both parties remain at loggerheads, and the UN has suspended all non-essential missions to the country – an indication of probable violence.

As the government presses ahead to hold the vote in the absence of consensus among political actors, two outcomes can be expected. The first is an increase and spread of violence countrywide which might reverse the fragile gains of the reconstruction efforts.

The second is that the candidate who wins will face a presidency lacking in legitimacy. His victory could be contested, leading to ongoing political instability for Côte d’Ivoire. This would affect stability in a region still grappling with controversial election results in Guinea that add to existing security problems. Even measures related to the management of COVID-19 have taken a back seat.

Côte d’Ivoire has missed another opportunity to hold elections that break from past experiences which undermined peace and democracy. The 2010 presidential poll plunged Côte d’Ivoire into an armed conflict, and while the 2015 election didn’t trigger violence on the same scale, it failed to create conditions for lasting peace.

Failure to link current electoral concerns to challenges encountered five years ago is leading Côte d’Ivoire into a democratic dead end. Political and security setbacks are to be expected, with unpredictable consequences.