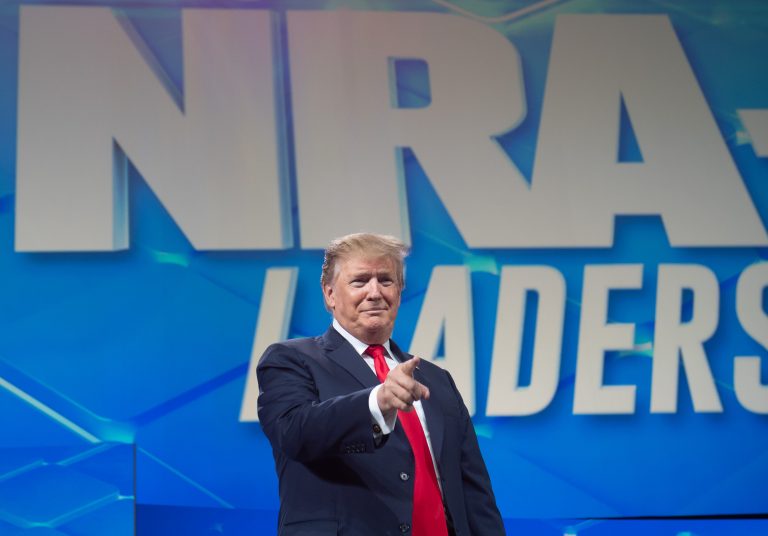 The National Rifle Association is outspending its gun-control rivals—despite only matching about half of its 2016 spending.

The pro-Second Amendment group said Tuesday that its political arm has spent $22.4 million in federal elections. While that’s down from about $42 million at this point in 2016, it’s still more than the three largest gun-control groups’ spending amounts combined, according to Federal Election Commission records.

If the NRA is able to turn those dollars into votes, it could help Republicans hold onto the presidency and Senate. The group told the Washington Free Beacon that it can activate gun voters and help flip close races.

“Gun owners are smart, and a highly engaged electorate,” NRA spokeswoman Amy Hunter said. “They vote their values. The NRA will continue to fight—as we always have—on their behalf.”

The NRA is spending a majority of its money on the presidential election, in which it supports President Donald Trump and opposes Democratic nominee Joe Biden.

In addition, the NRA has spent at least $5 million targeting key Senate races in such swing states as North Carolina, Colorado, Arizona, and Georgia.

And, in the House, it has spent more than $330,000 to help reelect congressman Mike Kelly (R.), who represents Pennsylvania’s 16th district.

The spending largely matches the group’s plan, which NRA honcho Jason Ouimet laid out in August.

The $22.4 million is the second largest sum the NRA has ever spent at this point in an election year, outpacing its 2012 and 2018 spending.

Although this year’s sum is smaller than 2016’s, the NRA has managed to outspend gun-control groups, such as Everytown for Gun Safety, Giffords, and Brady, which have spent $19 million combined to boost Biden and Democrats.

Those groups did not respond to a request for comment about their election activities.

The Trace, which Everytown partially funds, has thus far tracked $16.9 million in election spending by Everytown, $2 million by Giffords, and $100,000 by Brady.

Everytown, which is backed by billionaire Michael Bloomberg, pledged to spend $60 million on its own in 2020 but, with less than three weeks until the election, has not come close to that total.

The NRA said that even if Bloomberg drops millions more on gun-control ads in the coming weeks, his message will be ineffective.

“Money isn’t everything in politics,” Amy Hunter said. “And the gun control group’s patron benefactor Mike Bloomberg learned the hard way that his billions couldn’t buy him the hearts and minds needed in the Democratic presidential primary. Nevertheless, we congratulate him and his wealthy consultants on carrying American Samoa.”

Both the NRA and Everytown’s political arms reported millions left on hand in their most recent FEC filings, but how much the gun groups will be able to spend in the election’s closing weeks remains unclear. 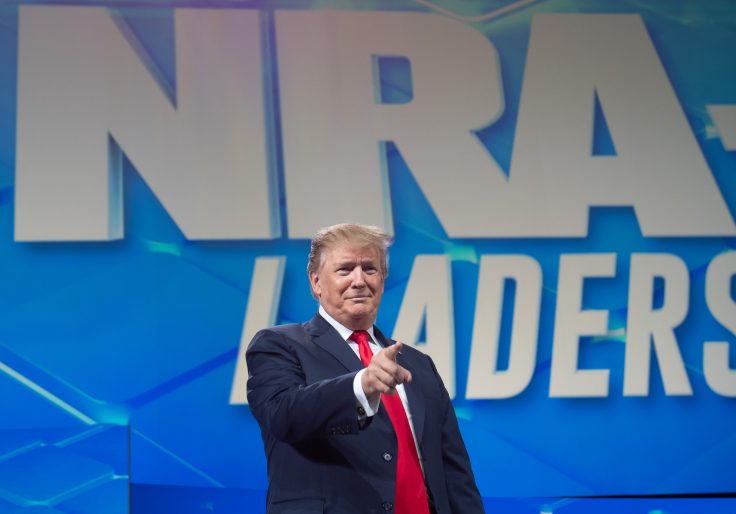