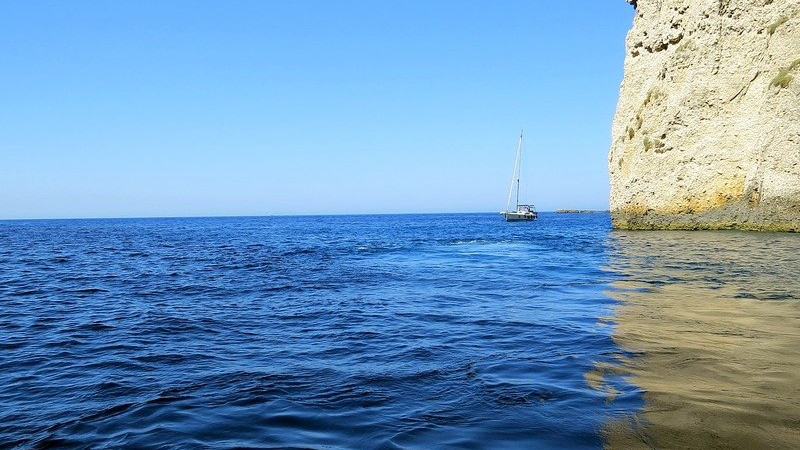 Today the division of the sea border between Albania and Greece is reemerging once again in regional geopolitics. This is the reason why the Greek Minister of Foreign Affairs, Nikos Dendias arrived in Tirana on October 20.  In principle and practice the two coastal nations, while sharing a maritime space and borderline, are obliged to enter in negotiations. When matters are not settled by a negotiated agreement, the parties turn to other peaceful institutions for the solution of international disputes, such as the International Arbitration or the International Court of Justice.

Some time ago, the Greek Prime Minister, Kyriakos Mitsotakis, declared before the Hellenic Parliament the extension of the sea border with 12 miles in the areas between Greece and Albania. In this case, we are facing a desire of Greece to expand the maritime space by 12 miles, without considering the specific geographic conditions, the Law of the Seas and without agreeing with Albanian Government, as they both share a maritime space. If such a behavior were to be observed by any of the states, that is, to declare borders unilaterally, without having any agreement signed with other affected states, that share a maritime space, this would plunge the world into chaos and conflict.

From a diplomatic point of view, the initiative of the Greek side is to be welcomed, because it aims for Greece to define the Exclusive Economic Zone, which includes the maritime space, along with the continental shelf and territorial waters. Greece has concluded agreements with Libya, Egypt, Italy and, of course, intends to achieve such a matter with Albania and then with Turkey, with the latter it has bigger problems in the Eastern Mediterranean and the Aegean. Such solutions with strategic state interests cannot be made unilaterally, but through dialogue, negotiations or through institutions for the peaceful settlement of conflicts, such as international commissions, arbitration, or the international court of the law of the sea.

Historically, Albania has designated 15 nautical miles from inland waters, but then it was corrected because was asked internationally to limit them to 12 miles. Therefore, Albania extended them as much as there were tangible opportunities. Even under international law, in cases where there is no state on the other side or attached to the ocean, the continental shelf including the exclusive economic zones can go up to 350 miles. In the case of Albania, the Greek side has proposed to hold bilateral talks and if it is not resolved through talks, both parties must tackle this matter through an international mechanism. So far, despite of political rhetoric for various reasons, or due to media pressure, there is, specifically no Greek decision. But there is a desire of Greece to give the two islands a full legal effect in the division of maritime space with Albania and to use the middle equidistance line in their division. This Greek aspiration is in fact the core of the problem with Albania.

The division of maritime space between neighboring states should be supported in principle and practically because the division of maritime space creates real opportunities for states to use effectively and economically their territories, according to the norms of international law, while it is said that the Mediterranean or the Adriatic Sea, the spaces we share between states, have a wealth of hydrocarbons, gas, oil, not to mention the rich Mediterranean flora and fauna. As a result this is an important and fruitful initiative to everyone, as it would politically relieve tensions and make these areas exploitable economically. The concluded agreements or relevant court decisions are guaranteed by the UN, once registered with the UN, Department of Oceanic Affairs and the Law of the Sea, and then each state respects, protects and exploits its maritime space.

Albania has regulated its territorial waters. Albania has territorial waters defined and state borders are sanctioned, even though with the expected agreements there may be room for minor corrections. Meanwhile, the continental shelf and Exclusive Economic Zones do not exist between the two countries, Albania and Greece. This is a pending matter of negotiation.

In the northern part of Greece, or southern Albania, the basic problem lies with the continental shelf and Exclusive Economic Zones in the maritime space, that are of universal importance to both nations. Greece seems to have a project of its own in this regard. The Albanian side does not seem to have a project of its maritime space, based on geographical circumstances, geomorphological position, the law of the sea, due to court decisions on special cases. Obviously, Albania is not prepared, seen in this perspective, the diplomatic initiative of Greece is positive because with the solution of this major problem, conditions are created to alleviate tensions and encourage economic growth in the region.  However, Greece’s maximalist nature of negotiations, giving a full territorial space around all islands shared with Albania, is in complete violation of the norms of International Maritime Law.

The principle of equidistance must be respected and geographical and geomorphological conditions, should be considered.  The International law enshrines these matters in Article 74 of the Convention on the Law of the Sea when it comes to exclusive economic zones; in Article 83 pertaining to the continental shelf; in Article 15 when addressing the territorial waters. Moreover, the ‘principle of special circumstances’ is emphasized, and it is precisely the principle of equity.

Both islands, Othonoi and Ericusa are considered under the principle of equity, meaning a partial effect. The Italian-Greek agreement is a model that expresses the political will of the parties to cooperate and jointly use the Exclusive Economic Zone. Certainly, this was influenced by the large Mediterranean gas supply project stretching from Israel to Italy. A project that imposes a closer multilateral cooperation in the Mediterranean.

In the preparation of Albania’s project for negotiations with Greece, it is necessary to consider the Decision of the Constitutional Court of the Republic of Albania, of 2009. This Christal Clear decision provides the principles, but also the methodology that needs to be followed by the Albanian side in the negotiation process.

Both theory and practice of international law, the decisions of various international court cases and the models of previous similar solutions in the Mediterranean make it clear that the principle of equity serves as a helpful justice in specific conditions and in these cases, the basic element of islands derives from the status given to them in these solutions. Islands may not have the same and complete effects in every case. Islands take full effect when they are located in spaces that do not affect the interests of others and ensure equality and fairness in solving pending challenges.

Finally, the Albania-Greece negotiations are not held on the right time for three reasons. First, Albania is preparing for parliamentarian elections of April 25, 2021, circumstances that do not favor an international agreement of any kind. Secondly, President Ilir Meta has expressed his serious and repeated concerns regarding his lack of information by the Executive Government on the progress of the Albania-Greece negotiations’ process and has legitimately hesitated, and is reluctant in relation to what Albanian Government aspires in these negotiations.

Third, Albania currently has no Constitutional Court, an institution that is constitutionally involved in this process. In these circumstances, the visit of the Greek Diplomatic Chief, Minister Dendias in Albania is welcomed, however its concrete effects, at least regarding the Albania-Greece agreement on determining the respective maritime space does not seem to deliver the appropriate message.