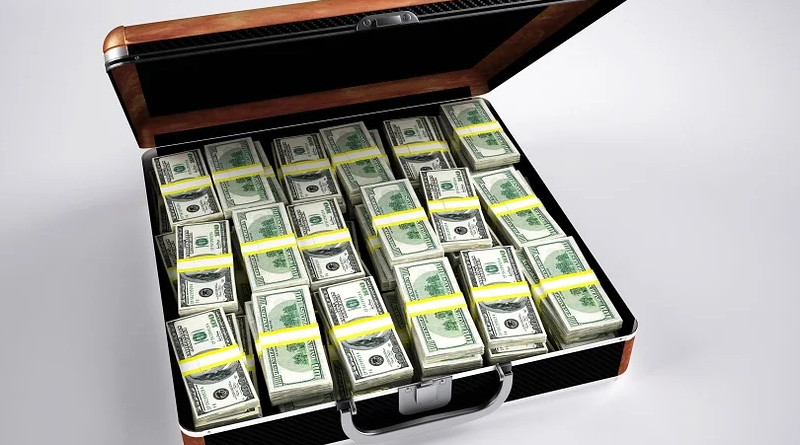 It was all a fitting reminder of Bertolt Brecht’s remark that bank robbery lies in the province of amateurs.  The real professionals of plunder establish banks.  Last month, the labours of Buzzfeed and the International Consortium of Investigative Journalists revealed just that.  Centre stage: international banking misbehaviour. And my, was there much to go on.

The journalists had been combing through leaks comprising 2,121 suspicious activity reports (SARs) filed with the US Financial Crimes Enforcement Network (FinCEN) between 2000 and 2017.  The relevant amount in terms of transactions: somewhere in the order of $2 trillion.  It was awfully good of the banks themselves to be filing such reports with the US Treasury.  But such matters are mere formalities; there is no incentive for the bank in question to stop trading with a shady client, despite what is suspected in the report.  The point is to merely keep an account of it.

The criteria for an SAR are not sharply defined.  Matthew Collin of the Brookings Institute suggests a few: unclear sources and ill-defined beneficiaries; a nexus with a jurisdiction historically noted for financial crime and irregularity.  Another “common sign of suspicion is one in which a client attempts to avoid attention from the authorities by making several deposits below $10,000, which is the automatic reporting threshold.”

The FinCEN Files highlight five stellar performers in the movement of illicit cash: JP Morgan Chase, HSBC, Standard Chartered Bank, Deutsche Bank and Bank of New York Mellon.  A few instances are worth mentioning.  Despite being fined $1.9 billion in the US for money laundering, HSBC moved money through its US operations to accounts in Hong Kong in 2013 and 2014.  Central to this was a Ponzi investment scam known as WCM777.

The brainchild of Chinese national Phil Ming Xu, self-styled “Dr Phil,” the World Capital Market scheme promised returns of 100 percent profit in 100 days.  Xu vigorously promoted this version of monetary paradise through social media, webinars and seminars.  Gullible investors obliged, seduced by a rather grotesque combination of God and Mammon.  (Xu was courting the evangelical market.)  $80 million was raised and, for the unsuspecting investors, lost.

In the aftermath of the losses, direct physical harm resulted.  Santa Rosa investor Reynaldo Pacheco extolled the virtues of WCM777 to family and friends.  One acquaintance Pacheco had recruited to the scheme took umbrage at having lost $3,000.  Taking matters rather seriously, she enlisted the services of three men in April 2014.  They kidnapped the doomed Pacheco and bludgeoned him to death with rocks, leaving his remains in a creek bed in Napa, California.

Despite such events, and the knowledge that WCM was the subject of investigative interest in three countries, HSBC continued moving money for the investment fund.  As the ICIJ describes it, over “$30 million tied to WCM flowed through the bank in 2013 and 2014 – at a time when HSBC was under probation as part of its deferred prosecution deal with America authorities.”

Not to be outdone, JP Morgan is also revealed to be more than the obliging middleman in dirt-caked transactions.  An SAR filed by the bank in 2015 reveals that its London office might have assisted moving some of an amount totalling $1.02 billion. JP Morgan had provided services to ABSI Enterprises, a shady offshore company, between 2002 and 2013, despite being unclear of the firm’s provenance and ownership.  The filed SAR disclosed how the parent company of ABSI “might be associated with Semion Mogilevich – an individual who was on the FBI’s top 10 most wanted list”.  Such relationships demonstrate that capitalism lacks nationalist allegiances: Mogilevich is, after all, the emperor of Russia’s organised crime network.

JP Morgan’s reaction to such unmasking was an excuse all the banks have used at some point.  “We follow all laws and regulations in support of the government’s work to combat financial crimes.  We devote thousands of people and hundreds of millions of dollars to this important work.”

The amounts involved boggle, but they really ought to boggle more.  Minds have been tasked with trying to comprehend the deep sea of money laundering, and they have been left baffled in the drowning.  The United Nations Office on Drugs and Crime has an estimate: each year, between 2-5 percent of global GDP, or $800 billion to $2 trillion – is laundered.  In all this we see the tarnished, and, in banking circles, the acceptable fruits, of globalisation.

The United Nations Office on Drugs and Crime puts it down to various vectors: the development in financial information, the innovation of technology, the advance of communications.  All “allow money to move anywhere in the world with speed and ease.  This makes the task of combating money-laundering more urgent than ever.”  Using the image of depth, “dirty money” becomes more difficult to identify as it plunges into the system, being rinsed and laundered.

The root of the problem is a deeply conventional one.  Money is to be made.  Banks make money handling money.  Rinsing and washing, they still earn fees for the service.  They are also encouraged by their staying power as indispensable international citizens.  Politicians of various shades come and go.  They occasionally spout demagogic promises about reforming and regulating the banking sector, but these voices will eventually pass.

Mechanisms are also in place that serve as damp slaps on the wrist than genuine incentives for reform.  The deferred prosecution agreement (DPA) is a central part of the US government’s approach to induce change within a bank’s transaction practices.  The reporting system is also feeble.  Banks often filed SARs months after the suspicious transaction, often several with the same client.  No action would be taken.  A corollary of such filings is the value of such SARs.  In the hope of preventing regulatory consequences, banks may issue an avalanche of them for regulators at FinCEN to investigate.  Since 2003, the number of SARs from banks has quadrupled.  FinCEN’s staffing has not kept the pace 178 in 2001; 300 in 2020.

This is not to say that kid gloves have always been the order of the day.  Penalties have resulted.  Since 2008, $36 billion worth in financial institution fines have been issued, with the bloc of North America taking about $27.9 billion. But such punishments have done little to chasten the sinners.  Like thorny flagellation for the pious, the expectation of such treatment is built into the belief system. The sin is permitted to continue.

This is the institutional understanding that permeates the regulators and the regulated.  Little wonder that FinCEN was unimpressed by the leaks.  “As FinCen has stated previously,” the body asserted in a statement, “the unauthorized disclosure of SARs is a crime and can impact the national security of the United States, compromise law enforcement investigations, and threaten the safety and security of the institutions and individuals who file such reports.”