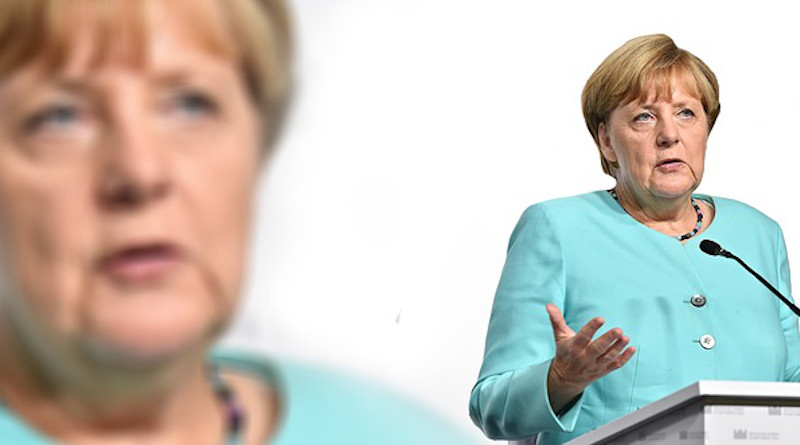 Narratives matter. To win over hearts and minds, of course narratives require effective communication strategies. But narratives themselves are bigger than communication per se. Robert Shiller, for instance, describes them as “major vectors of rapid change in culture, in zeitgeist, and ultimately in economic behaviour”[1]. Narratives are the stories and explanations that people tell themselves and others, and thereby help make sense of events and decide on policy responses.[2]

Narratives have always mattered, even when the politicians and practitioners have not been consciously aware of them. But they matter perhaps even more today, amidst all the uncertainties that surround the Covid-19 pandemic. In the absence of established knowledge on the transmission, infectiousness, fatality rates, and long-term medical consequences of the novel coronavirus, people have naturally turned to world leaders for cues and guidance. How leaders choose to interpret the information they receive from various sources (including the pure, applied, and social sciences), via the narratives they develop, can make a difference of life and death.

Let us take two recent examples. The World Health Organization’s initial narrative that Covid-19 showed signs only of “limited human-to-human transmission” seems to have played a very damaging role in the transformation of a localized disease into a global pandemic.[3] Its flip-flopping on a variety of critical issues, including on the method of transmission (aerosol or not) and the usefulness of face-masks,[4] may have contributed to the unforgiveable (and continued) loss of health and life that has resulted across many countries. In contrast, the Prime Minister of New Zealand, Jacinda Ardern, developed a consistent narrative of urgency, inclusiveness, and hope. She imposed an early and strict lockdown, declared that she would not jeopardise the lives of thousands of people (and was hence taking the pressing and harsh steps necessary), and offered hope to her electorate by avowing to “stamp out” the virus.[5] Her strategy seems to have been successful. New Zealand has battled a second surge of infections, has recorded “only”[6] twenty-five Covid-19 deaths to date, and seems to have returned to life that looks far safer and more normal than in most other countries.[7] And as narratives can make a difference, for better and for worse, an important recent change in Chancellor Angela Merkel’s narrative is worth noting.

Merkel’s narrative over the last seven months was never lacking in gravitas, credibility, or visibility. But two messages that comprised her narrative rendered it problematic. First, in speech after speech, Merkel had singled out the elderly and those with prior health conditions as particularly vulnerable to the crisis; she has then asked all other age-groups (and more recently, targeted her appeals towards younger people) to exercise self-restraint in the interest of these sub-groups.[8] And second, as the long months of the pandemic grew, the message became a stoic one of learning to live with the virus; there was no promise, not even a hint of possible hope, that if one followed the government’s advice, the virus could be “stamped out”.

Despite the likely good intentions that underpinned these messages, it is not difficult to see why Merkel’s narrative could not emerge as a winning narrative. On being repeatedly told that the virus posed a serious threat “only” to some sub-groups, the willingness of the greater part of the electorate to bear even limited hardships – and that too for an indefinite period of time – was bound to decline. The narrative turned out to be divisive, and highly unsavoury debates resulted.[9] Irritation at being asked to change one’s lifestyle came hand-in-hand with the “prevention paradox”. Public demonstrations followed. Diverse constituencies clamoured for a return to normalcy in all walks of life (schools, playgrounds, office space, travel, social gatherings, nightlife, and more) – and acted accordingly. And in the face of such actions, infection numbers started rising again.

Germany is now well into the second wave of infections. The situation is deteriorating rapidly. More than 7,300 new infections were reported on Friday, 16 October.[10] The Robert Koch Institute has issued serious warnings to the entire population. And while there is no lockdown in the offing, Chancellor Merkel seems to have updated her narrative.

A New Song? Without Othering and with Hope

On Saturday, 17 October 2020, Angela Merkel made another speech to her citizens.[11] This speech differs from her previous speeches in four important ways.

First, the message is very clear. Merkel now asks people to refrain from travel and celebrations unless absolutely necessary. Recognising that “science tells us clearly that the spread of the virus is directly linked to the number of contacts, of encounters that each of us has,” she asks everyone to reduce contacts outside their own families. She appeals to people to stay at home, whenever they possibly can.

Second, her reason for asking people to accept limitations on their normal lives seems to have changed. At least in this speech, she does not ask people to avoid parties to help the old and the sick. Instead, she tells all groups that the reason why they should accept these measures is “ultimately for one’s own self: for one’s own health, and for others whom we can spare from illness.”

Third, in this speech, Merkel reminds her viewers and readers that exercising systematic restraint to break the chains of transmission is not a sacrifice; rather this is also in one’s own economic self-interest. German citizens should accept corona-related restrictions because they will prevent the health system from getting over-burdened; allow schools and kindergartens to remain open; and for the sake of the economy and jobs. By getting control of the virus, Germany will have far greater chance of saving its economy, she argues. In doing so, she politely but firmly negates the false dichotomies that have been created between saving lives versus saving the economy.

And finally, she offers a small measure of hope. It is not a triumphant message of hope; Merkel’s narrative is not one that promises a “stamping out”  of the virus and a return to full normalcy. Empathetically, she recognises that she is asking people to give up a lot. But she assures them “We only have to do this temporarily,[12] and ultimately, we do this for ourselves.”

This is the most persuasive speech that Merkel has made since the pandemic began. Some of its argumentation resembles Ardern’s, while retaining Merkel’s own unique style. The narrative is clear; it helps unite her electorate in a common cause; it appeals to people’s self-interest; and it offers them a perspective of better times.

Will the electorate comply?

Although her speech of 17 October has the seeds of a winning narrative in the making, the biggest hurdle is that it comes seven months too late. And in the last seven months, people have gotten used to thinking of any restrictions that they agree to as being a sacrifice they make for other weaker members of society. Over-writing this message will not be easy, and especially not so as pandemic fatigue seems to be setting in. Merkel must also deal with a complicated federal system, where the “Länder” governments enjoy a high degree of autonomy, and have also been socialised into the old, problematic narrative. Furthermore, even if her state governments and citizens agree to modify their rules and behaviours towards stamping out the virus, or even seriously containing it, all the efforts may amount to little without adequate border controls. This is difficult within the European Union. All these challenges are serious, but not insurmountable.

The most important part now will be to develop the narrative with consistency, honing in on its four strengths highlighted above. It will need to be followed up with clear communication, mobilising not only official channels but also media/ social media channels and multiple stakeholders. Temporary border controls within the European Union may need to be negotiated, and checks and quarantine regulations seriously enforced, especially if other EU members are using entirely different strategies to cope with the virus.

Merkel’s old narrative had the disadvantage of asking people to act responsibly for altruistic reasons – and altruistic reasons alone – rather than self-interest. But the dichotomy is an unnecessary one – the “long Covid” syndrome, for instance, should create incentives for healthy and young people too to do all they can to avoid the disease. Merkel’s new narrative uses the clever – and indeed correct – strategy of pointing out that acting collectively to suppress the virus is in the individual’s interests as well as German society at large. This is a point that should be actively developed further. If everyone wears masks, we are all protected; if those who can work from home do, they protect themselves and others; by protecting others, we protect ourselves.

[4] Anne Applebaum, 2020, When the World Stumbled: COVID-19 and the Failure of the International System, in Hals Brand and Francis Gavin (eds.), COVID-19 and World Order: The Future of Conflict, Competition and Cooperation (Baltimore: Johns Hopkins Press), 2020

[5] To read further on how New Zealand handled the pandemic, in comparison to Germany, see Amrita Narlikar, 2020b, The Good, the Bad, and the Ugly: Germany’s Response to the Covid-19 Pandemic, ORF Report, No. 108, May; and Amrita Narlikar, 2020c, First World Problems: Choosing Lifestyle over Life, Observer Research Foundation, 4 August.

[6] The “only” is used here as a point of comparison with other countries at similar development levels, and keeping deaths per population in mind; the devastation that these deaths – in small or large numbers – will have wreaked on the affected families cannot be over-emphasised.