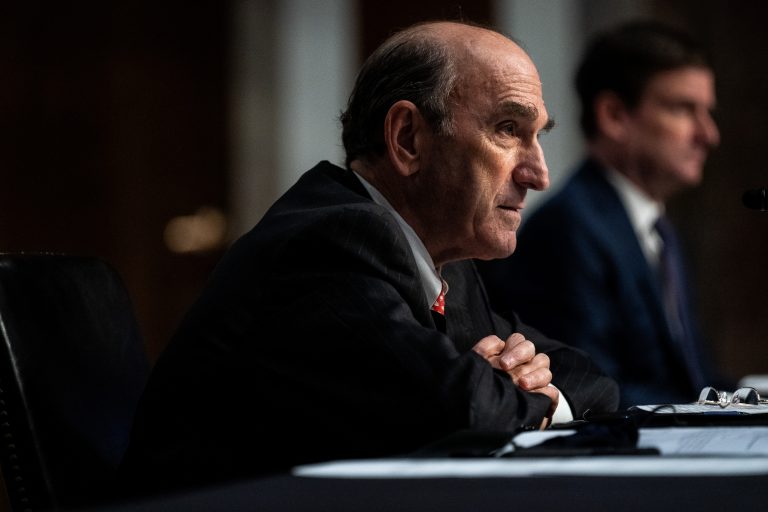 The United States will preemptively sanction any country that tries to deliver arms to Iran, effectively blocking new arms deals well before they develop, the Trump administration’s top Iran official told the Washington Free Beacon in an exclusive interview.

Elliott Abrams, the administration’s special envoy for Iran, said that in the aftermath of restoring all international sanctions on Iran in late September, the administration would not wait for new weapons to be transferred to Iran—in violation of sanctions—but would act preemptively to obstruct new deals as they advance.

“We don’t have to wait until a transaction is completed and someone has physically sent arms to Iran or imported arms from Iran,” Abrams said. “We can go after people engaged in exploratory visits or negotiations as well.”

Iran and its international partners, including Russia and China, have vowed to breach U.S. and international sanctions barring new weapons deals. This includes a United Nations arms embargo on Iran that was set to expire over the weekend, but was extended indefinitely by the United States under a mechanism known as “snapback.” This enabled the United States to keep the arms ban alive and revive a litany of international sanctions on Iran’s ballistic missile development, nuclear program, and weapons trade. Still, U.S. officials anticipate that Russia and China will move to sell Iran billions of dollars’ worth of weapons and advanced arms in the coming months.

“We will step in even before they become tangible and real,” Abrams said, referring to possible Iranian arms deals with Russia and China. “We will be watching to see if there is movement towards arms deals.”

In an effort to counter potential arms sales, President Donald Trump also issued an executive order in late September authorizing a broad range of new sanctions meant to enforce the arms embargo and permit sanctions on any person seen as bolstering Tehran’s military and nuclear programs.

The United States will use those authorities and sanctions to block arms transfers as they’re developing, according to Abrams and other U.S. officials who spoke to the Free Beacon on background.

“If the United States sees anyone even thinking about violating the arms embargo the president has made sure we can sanction them until they’re radioactive,” said a source close to the State Department who was briefed on details of their plans but not authorized to speak on record. “The Russians and the Chinese may talk a big game but they also live in the real world. They’re not going to endanger their industrial sectors to sell weapons to Iran.”

Secretary of State Mike Pompeo on Sunday promised to sanction any country, individual, or entity “that materially contributes to the supply, sale, or transfer of conventional arms to or from Iran, as well as those who provide technical training, financial support and services, and other assistance related to these arms.”

This warning is mainly aimed at Russia and China, both of which have expressed interest in further arming Tehran. Russia also has taken an interest in Iran’s nuclear program, helping the country build domestic nuclear reactors that could provide it with a second pathway to a nuclear weapon.

Abrams said he expects countries such as Russia and China to announce new arms deals with Iran in the coming weeks. The deals, however, will likely be “smoke and mirrors and bravado because the Iranians don’t have the money” to purchase the advanced arms, he said.

As a result of the United States’ years-long pressure campaign on Tehran, the country’s economy is in shambles. The regime has limited cash reserves and may not be able to afford an arms-buying spree that could update its aging military equipment.

Iran, for its part, says that it does not need to buy outside weapons. 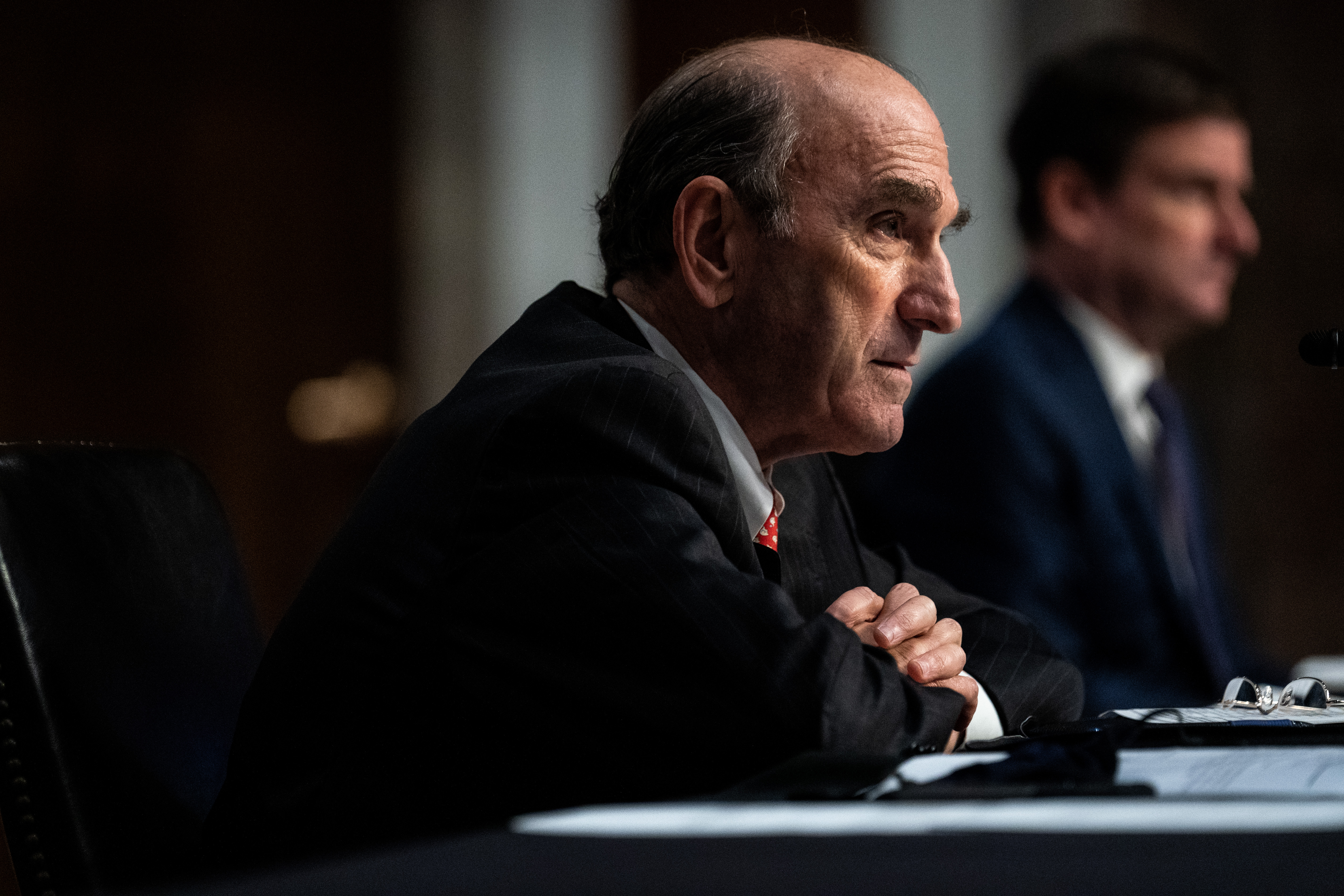