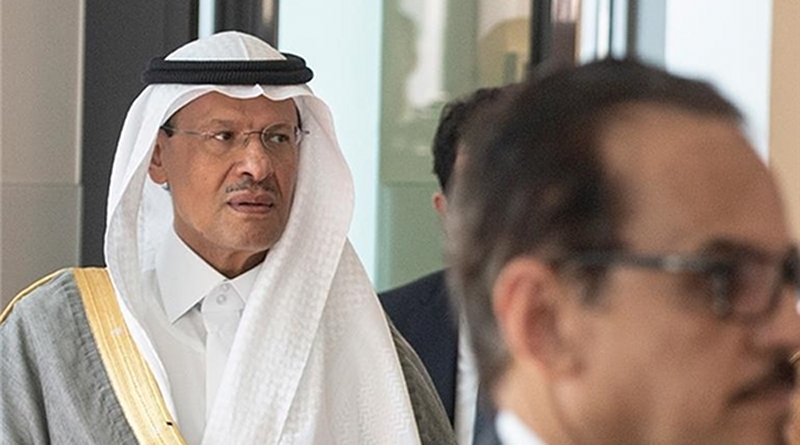 Saudi Energy Minister Prince Abdul Aziz bin Salman on Monday chaired the 23rd Joint Ministerial Monitoring Committee (JMMC) during what has undoubtedly been the most critical year in oil history.

The committee has been monitoring the effectiveness of an output-cuts strategy in balancing global oil markets and stabilizing the world economy.

The prince said the collaboration of OPEC and non-OPEC producers would continue to do what was necessary to address imbalances in the market, but there was still work to do in terms of compensatory cuts by the OPEC+ alliance to stabilize inventory levels.

Though OPEC+ had achieved a high-compliance rate in September, he said: “We have been promised by participating countries that they will increase their efforts to compensate in October and during the months of November and December for them to fulfil all of their commitments, including the volume not compensated for in September.”

OPEC+ agreed to historic output cuts of 9.7 million barrels per day (bpd) from May to July after mobility restrictions brought about by the coronavirus disease (COVID-19) pandemic led to global energy demand falling to record low levels.

Current OPEC+ output cuts of 7.7 million bpd from August until December have effectively helped to absorb the largest oil demand and prices shock in history.

From January, output cuts will be eased to 5.7 million bpd, a figure still up for debate among many market participants amid ongoing uncertainties over a recovery in demand.

Prince Abdul Aziz added: “I do not intend to indulge in market analysis or speculation about the direction of global energy markets. Rather, I want to underline the determination of OPEC+ to pursue the strategy we have decided on and see it through to fruition.”

The so-called 4 Ps of marketing strategy (place, price, product, and promotion) have effectively been altered by the minister in encouraging the alliance to adopt a 3 Ps approach to the oil market of “predict, prevent, and be proactive.”

Following this principle would give OPEC+ the flexibility to adapt to changes in the oil market and “do what is necessary in the interest of all,” the prince said.

He pointed out that OPEC+ producers maintained regular contact with each other to monitor the market situation.

During talks prior to the 23rd JMMC meeting, Crown Prince Mohammed bin Salman and Russian President Vladimir Putin had pledged their commitment to continue working together to maintain the stability of energy markets in line with the framework of the OPEC+ alliance.