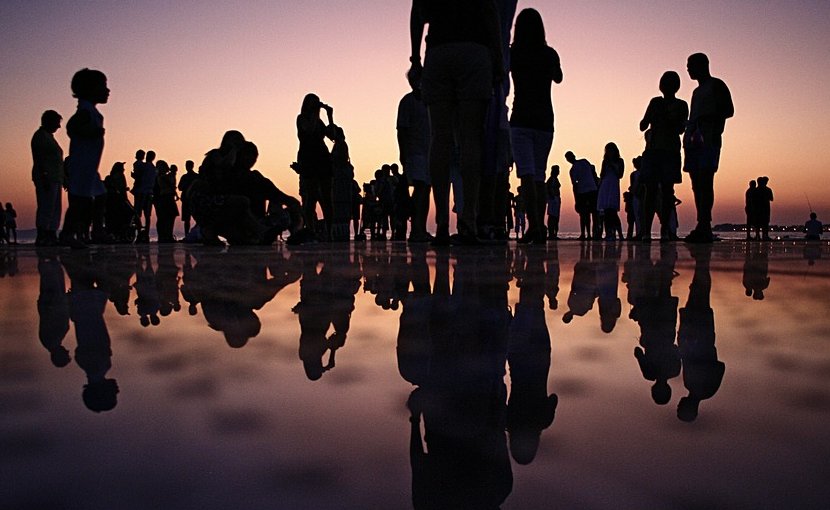 Young people’s faith in democratic politics is lower than any other age group, and millennials across the world are more disillusioned with democracy than Generation X or baby boomers were at the same stage of life.

This is according to a report from the Centre for the Future of Democracy at the University of Cambridge, which finds that in almost every global region it is among 18-34 year olds that satisfaction with democracy is in steepest decline.

Researchers also found that young people are most positive about democracy under populist leaders of both left and right, and millennials in advanced democracies are more likely to view political opponents as morally flawed.

The findings come from the largest-ever global dataset of democratic legitimacy. Cambridge researchers collaborated with the HUMAN Surveys Project to combine data from close to five million respondents in over 160 countries between 1973 and 2020 who were asked about their degree of satisfaction with democracy in their country.

“This is the first generation in living memory to have a global majority who are dissatisfied with the way democracy works while in their twenties and thirties,” said Dr Roberto Foa, lead author of the report from Cambridge’s Department of Politics and International Studies.

“By their mid-thirties, 55% of global millennials say they are dissatisfied with democracy, whereas under half of Generation X felt the same way at that age. The majority of baby boomers – now in their sixties and seventies – continue to report satisfaction with democracy, as did the interwar generation.”

In the UK of 1973, for example, 54% of 30-year-olds from the interwar generation reported satisfaction with British democracy. An even larger majority of UK baby boomers (57%) felt satisfied on turning 30 a decade later, and for 30-year-old Gen Xers in the 1990s and 2000s it reached 62%.

However, among UK millennials who turned 30 during the past decade, less than half (48%) felt satisfied with democracy on reaching that birthday.

Globally, as the first millennials began university at the turn of the century, satisfaction with democracy was higher than in their parents’ generation. It fell sharply following the financial crisis of 2008, with millennials losing faith harder and faster than older generations.

Foa points to the United States: almost two-thirds (63%) of US millennials were satisfied with American democracy in their early 20s, but by their mid-30s it had fallen to just a half (50%). Whereas three-quarters (74%) of US baby boomers were satisfied with democracy by their mid-30s and over two-thirds (68%) have remained so throughout their lives.

In fact, the idea that young malcontents soften in attitude as they age is now reversed the world over. Millennials and Gen Xers have grown steadily less satisfied with democracy as they have advanced in life.

Researchers argue that, in developed democracies, the biggest contributor to this trend is “economic exclusion” caused by high youth unemployment and wealth inequality: the strongest predictors of the satisfaction age gap.

Nations where wealth distribution is relatively flat, such as Iceland or Austria, see only minor generation gaps in attitudes to democracy, while those with persistent wealth inequality – such as the US – have large and growing divides.

“Higher debt burdens, lower odds of owning a home, greater challenges in starting a family, and reliance upon inherited wealth rather than hard work and talent to succeed are all contributors to youth discontent,” said Foa.

In the emerging democracies of Latin America, Africa and southern Europe, the team find “transition fatigue”: marked drops in satisfaction after 25 years of democracy, as generations come of age who lack the memory of previous dictatorships and fights for political freedom.

“Right across the world, we are seeing an ever widening gap between youth and older generations on how they perceive the functioning of democracy,” said Foa.

“This democratic disconnect is not a given, but the result of democracies failing to deliver outcomes that matter for young people in recent decades, from jobs and life chances to addressing inequality and climate change.”

While signs of millennial positivity towards democracy include an uptick in new EU member states, the most significant increase came from the “populist wave” of the last five years.

An average 16 percentage-point increase in satisfaction with democracy was detected among voters under 35 during the first two years of populist leaders. No comparable swell was seen when moderate politicians narrowly beat populists.

Whether the rise of leftwing Syriza and Podemos in Greece and Spain, or the populist right of Hungary’s Viktor Orbán and Poland’s Law and Justice party, all boosted pro-democracy attitudes among millennials, as did political realignment in countries from Brazil and Mexico to the Czech Republic.

“Countries electing populist leaders see sharp turnarounds in disenchantment, to the point where young people appear more satisfied with democracy under populists than under moderates,” said Daniella Wenger, one of the millennial team who co-authored the report.

Populism feeds on division, and the report shows that many millennials in today’s developed democracies see those on opposing sides of the political divide as morally flawed – a more “Manichaean” worldview, according to researchers.

In western democracies, 41% of millennials agree that you can “tell if a person is good or bad if you know their politics”, compared with 30% of voters over the age of 35. Very few elderly respondents hold this view in stable democracies such as Germany and Sweden. “This is not just an effect of individual life cycles, as we do not find these age gaps in emerging democracies,” said Foa.

“The populist challenge must shock moderate parties and leaders into action beyond cosmetic rebrands. If it does so, populism may still prompt democracy’s rebirth, rather than the onset of its gradual decay,” he said.

The article Democracy: Millennials Are The Most Disillusioned Generation ‘In Living Memory’ appeared first on Eurasia Review.