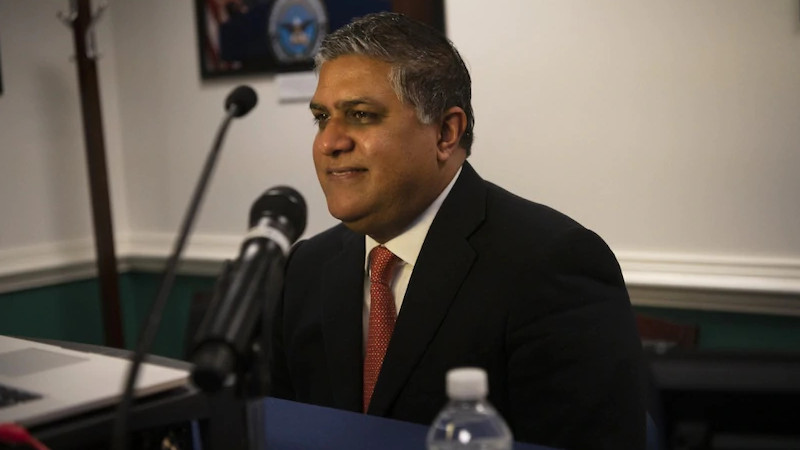 Artificial intelligence is the new oil, and the governments or the countries that get the best datasets will unquestionably develop the best AI, the Joint Artificial Intelligence Center’s chief technology officer said Oct. 15.

Speaking on a panel about AI superpowers at the Politico AI Summit, Nand Mulchandani said AI is a very large technology and industry. “It’s not a single, monolithic technology,” he said. “It’s a collection of algorithms, technologies, etc., all cobbled together to call AI.”

“Industry has to develop on its own, and that’s where the global talent is; that’s where the money is; that’s where all of the innovation is going on,” Mulchandani noted, adding that the U.S. government’s job is to be able to work in the best way and absorb the best technology that it can. That includes working hand in glove with industry on a voluntary basis, he said.

He said there are certain areas of AI that are highly scaled that you can trust and deploy at scale.

“But notice many or not many of those systems have been deployed on weapon systems. We actually don’t have any of them deployed,” he said.

Mulchandani said the reason is that explainability, testing, trust and ethics are all highly connected pieces and even AI security when it comes to model security, data security being able to penetrate and break models. This is all very early, which is why the DOD and the U.S. government widely have taken a very stringent approach to putting together the ethics principles and frameworks within which we’re going to operate.

“[Earlier this year, one of the first international visits that we made were to NATO and our European partners, and [we] then pulled them into this AI partnership for defense that I just talked about,” he said. “Thirteen different countries are getting together to actually build these principles because we actually do need to build a lot of confidence in this.”

DOD loves larger budgets for AI, Mulchandani said, and there’s been incredible bipartisan support for it with the JAIC and all its other investments. “But in aggregate as a society or a country, our models are very different, which is [why] you have to look at all of the venture capital [and] all of the investment going in both in existing companies but also in new companies in AI.”

He said DOD continues to attract and have the best talent at JAIC.

“The real tricky part is: How do we actually take that technology and get it deployed? That’s the complexity of integrating AI into existing systems, because one isn’t going to throw away the entire investment of legacy systems that one has, whether it be software or hardware or even military hardware,” Mulchandani said. “[How] can we absorb the best of what’s coming and get it integrated into the system as where the complexity is?”

DOD has had a long history of companies that know how to do that, and harnessing it is the actual work and the piece that we’re worried about the most and really are focused on the most, he added.

A global workforce — the DOD technology companies — are global companies, he emphasized. “These are not linked to a particular geographic region. We hire. We bring the best talent in, wherever it may be, [and we have] research and development arms all over the world.”

DOD has special security needs and requirements that must be taken care of when it comes to data, and the JAIC is putting in place very different development processes now to handle AI development, he said.

“So, the dynamics of the way software gets built [and] the dynamics of who builds it are changing in a very significant way,” Mulchandani said. “But the global war for talent is a real one, which is why we are not actually focused on trying to corner the market on talent.”

He said they are trying to build leverage by building relationships with the leading AI companies to harness the innovation.