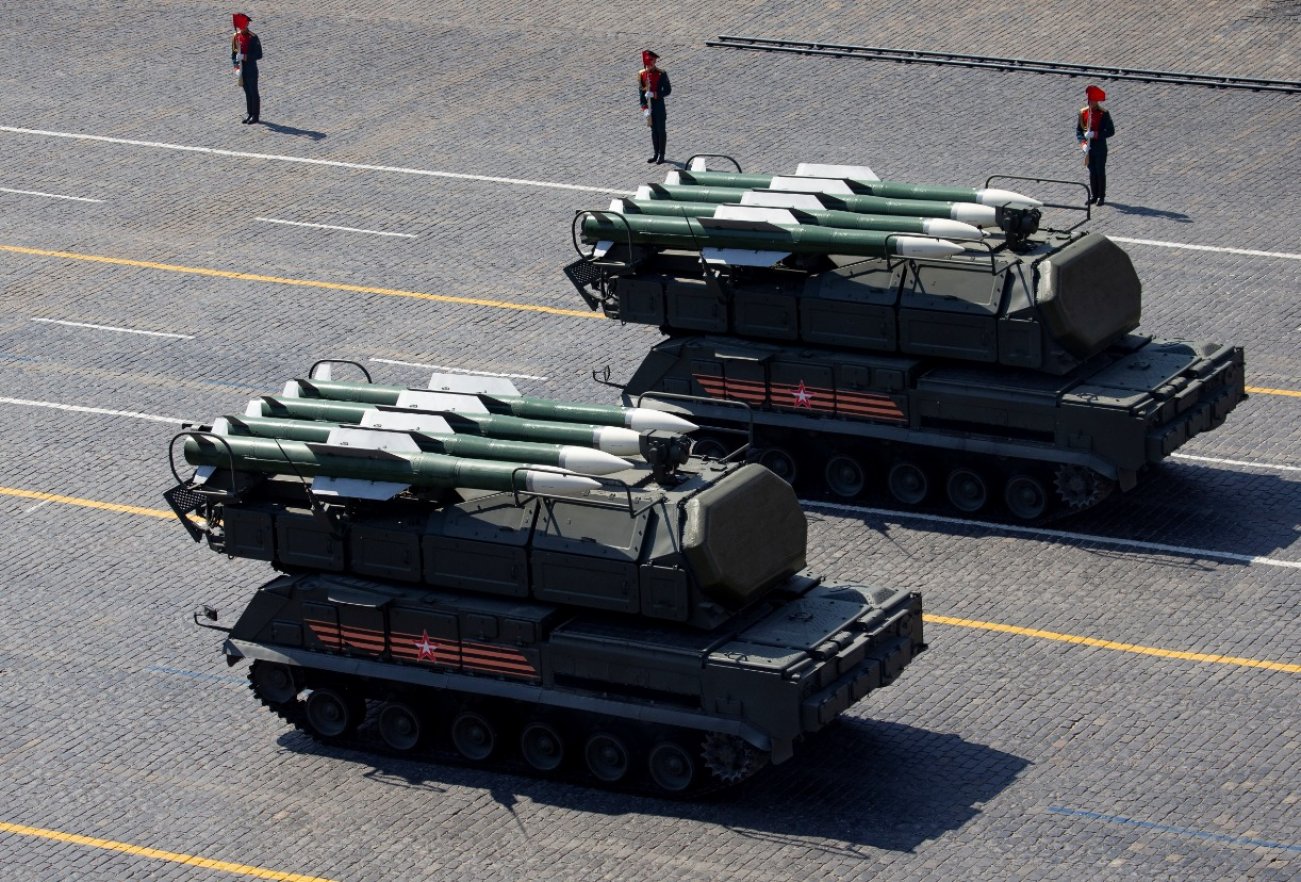 Putin shouldn’t bet on it.

Here’s What You Need To Remember: The A-35 system was designed to protect Moscow and the Kremlin against six to eight nuclear ICBMs. The main U.S. ICBM at the time, Minuteman III could carry three warheads each, making that eighteen to twenty-four warheads.

The most heavily defended city in the world is not Washington, DC. It’s Moscow. While the District of Columbia has legions of Secret Service and Homeland Security police defending it, the Russian capital is the only one in the world—that we know of—defended with nuclear-tipped missiles. It’s all the result of an exception built into a forty-four-year-old arms control treaty.

The 1972 Anti-Ballistic Missile Treaty was an arms control agreement between the United States and Soviet Union. Unlike other treaties that focused on offensive weapons, the ABM Treaty focused on limiting defensive weapons, missiles designed to knock down incoming nuclear warheads. The theory behind the treaty was that unrestricted ABM missile deployments on both sides would lead to ever-escalating offensive missile arsenals, as each side tried to overcome the other’s ever-growing defenses.

The ABM Treaty didn’t outlaw all ABMs, however: each side was allowed a single ABM site with up to one hundred missiles. It could place them where it wished. The United States decided to place the Safeguard system around Grand Forks Air Force Base in North Dakota, hoping in doing so to shield its most lethal and accurate missiles from surprise attack. Safeguard was only briefly operational before it was dismantled; protecting a single location with an enormously expensive system didn’t make sense.

The Soviet Union, on the other hand, was a highly centralized government with the capital city of Moscow at the center. The destruction of Moscow in a surprise nuclear first strike could cripple the USSR’s ability to respond in kind. The result was the A-35 system, a complete air defense network designed to ensure Moscow’s survival in a nuclear war.

The A-35 system was first proposed in the 1950s, as American intercontinental ballistic missiles began to eclipse bombers as a major threat to Moscow. The original concept called for thirty-two antiballistic missile sites ringing the city, along with eight ballistic missile early warning radars and one battle management radar. Over the course of development, the number of missile sites was reduced to four sites of eight launchers each (sixty-four missiles total), but the missiles themselves would be armed with nuclear warheads, greatly increasing their effectiveness. Instead of destroying a bullet with a bullet, the ABM system would destroy bullets with well-timed hand grenades.

The system was first armed with the A-350 antiballistic missile. The A-350 was nearly the size of an ICBM itself, a liquid-fueled rocket weighing seventy-two thousand pounds. Armed with a two-to-three-megaton warhead, it was designed to intercept incoming warheads at altitudes of up to 120 kilometers—high enough not to damage the city below with the ensuing thermonuclear blast. In addition to the A-350, Moscow was also surrounded by forty-eight SA-1 “Golden Eagle” surface-to-air missiles, each of which had a range of fifty kilometers and either a conventional or nuclear warhead, for interception of enemy bombers.

The A-35 system was designed to protect Moscow and the Kremlin against six to eight nuclear ICBMs. The main U.S. ICBM at the time, Minuteman III could carry three warheads each, making that eighteen to twenty-four warheads.

Despite these preparations, rapidly expanding nuclear arsenals on both sides made A-35 obsolete. By the time of completion, A-35 was up against one thousand Minuteman III missiles, plus another six hundred Polaris missiles at sea, a number the system could not possibly stop. By 1968 the U.S. blueprint for nuclear war, the Single Integrated Operating Procedure (SIOP), dedicated sixty-six Minuteman missiles and two Polaris missiles to stripping away A-350’s missile and radar network in two devastating waves, an attack amounting to eight warheads per target. Altogether, an astonishing 65,200 kilotons of nuclear firepower would be used in a nuclear siege of Moscow lasting just minutes. (For reference, the atomic bomb used at Hiroshima was sixteen kilotons.)

The ABM system was upgraded in the mid-1970s. The new A-135 system was designed not just to protect the capital against all-out nuclear war but a limited attack, perhaps accidental or started by some renegade American general. The system began development in 1968 but only became operational in 1989. It was only considered reliable, however, as recently as 1995.

A-135 was a substantial upgrade. It added sixty-eight new missiles launchers to the original thirty-two, giving Moscow the full one hundred ABM launchers allowed under treaty. It used two missiles, the Novator 53T6 (NATO code name: Gazelle) endoatmospheric interceptor and the OKB Fakel 51T6 (code name: Gorgon) exoatmospheric interceptor. Both interceptors used ten-kiloton warheads, much smaller than the A-350’s warhead and a testament to Moscow’s faith in the accuracy of the missiles.

The thirty-two Gorgon missiles reached the end of their serviceable lives in 2002–03, and had been removed from active duty service by 2006. Meanwhile, the 53T6 missiles have allegedly been replaced with new missiles, also named 53T6, with a range of eighty kilometers and an altitude of thirty thousand meters.

Despite the new missiles, the future for Moscow’s ABM system is unclear. Much of the existing system is old and will eventually need replacing. That will be expensive, and Russia’s defense spending has begun falling again. Under the New START treaty the country is allowed only 1,550 deployable nuclear warheads, and the question is whether or not A-135’s warheads are more valuable on ballistic missile interceptors or ballistic missiles. Sooner or later, Moscow will have to decide whether to prop up such a limited system, or go all in on nuclear deterrence.

Kyle Mizokami is a defense and national-security writer based in San Francisco who has appeared in the Diplomat, Foreign Policy, War is Boring and the Daily Beast. In 2009 he cofounded the defense and security blog Japan Security Watch. You can follow him on Twitter: @KyleMizokami. This first appeared in November 2016 and is being reposted due to reader interest.