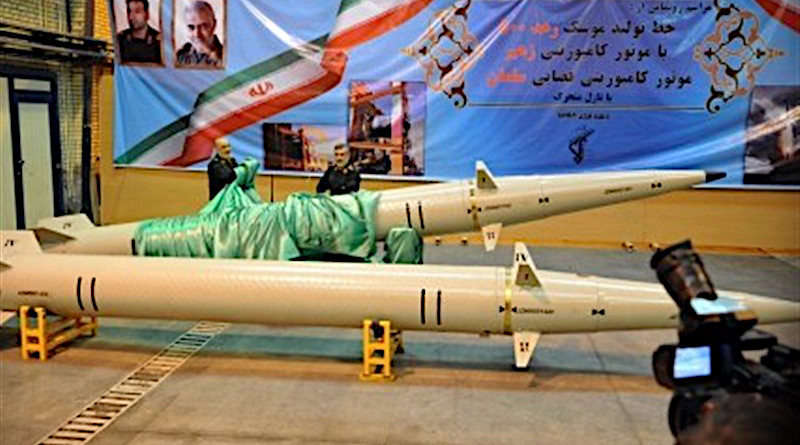 (RFE/RL) — October 18 marks the end of a decade-old United Nations arms embargo against Iran after the United States failed overcome opposition within the UN Security Council to get it extended — including opposition from Washington’s European allies.

The expiration date for the embargo was agreed upon under the 2015 nuclear deal that Washington unilaterally withdrew from in 2018.

In theory, Iran will once again be able to purchase and sell conventional weapons that include tanks, combat aircraft, and heavy artillery.

The development has been condemned by Washington as a threat to global security.

In Tehran, it is already being celebrated by Iranian officials, including President Hassan Rohani.

But the declaration of victory may be premature. Tehran will not be able to go on a major arms shopping spree due to several constraints — including crushing U.S. economic sanctions that have left the country short of cash.

Analysts say even Russia and China, which have both opposed Washington’s campaign of “maximum pressure” on Iran, are likely to be reluctant to sell weapons to Tehran.

They say that’s because of U.S. pressure and geopolitical considerations, including the ties of Moscow and Beijing to Persian Gulf states with defense budgets significantly higher than Iran’s corresponding expenditure (estimated by the U.S. Defense Intelligence Agency at about $20.7 billion in 2019).

“Ironically, the expiry of arms-transfer restrictions is likely to have a limited effect on actual transfers of conventional weapons,” said Oliver Meier, a senior researcher at the Berlin office of the Institute for Peace Research and Security Policy.

“Most suppliers of weapons to Iran will continue their restrictive arms-export policies,” Meier told RFE/RL.

Meier says that, following Washington’s unsuccessful attempt to extend the UN arms embargo, the international community needs to work on restoring unity within the UN Security Council and forge a new consensus on arms exports to Iran and other Middle East states.

“It is also important to prevent an escalation over the competing legal interpretations of the situation after October 18,” Meier said. “This could happen, for example, if the United States interdicts weapons transports which it views as illicit but others do not.”

In September, Russia suggested it was ready to develop military ties with Iran after the arms embargo is lifted.

Henry Rome, a senior Iran analyst at the Eurasia Group in Washington, says Russia and China could enter negotiations on potential arms sales with Tehran.

China already is engaged in talks on a 25-year strategic partnership with Iran.

But Rome says rapid progress is not likely for now.

“Russia and China will likely hold arms talks with Iran in the immediate term to sound out potential sales and to also signal to Washington that they consider the embargo to have expired,” he explained. “But all sides will likely be in a holding pattern until the outcome of the U.S. election is known.”

Rome said neither Moscow nor Beijing are eager to gamble on how long-standing U.S. sanctions will be enforced after the November 3 U.S. presidential election.

“They both also have considerable geopolitical interests in other Gulf states, which would be uncomfortable with a surge of weaponry to Tehran,” Rome said. “And Tehran will have a difficult time financing these purchases, making it risky for sellers.”

Behnam Ben Taleblu is an analyst at the Foundation for Defense of Democracies, which has been pushing for crippling U.S. sanctions against Iran and an extension of the UN arms embargo.

Taleblu says the lifting of weapons-sale restrictions could mean “a selective modernization, not an overhaul of the Iranian military.”

To that end, he says, Tehran could try to purchase weapons systems from Russia such as surface-to-air missiles (SAMs) like the S-400.

“A network of layered air defense systems around high-value targets, despite being defense weapons, could bolster Iranian confidence to double down abroad given the feeling of security at home,” he said.

A 2019 report by U.S. Defense Intelligence Agency suggested that, after the expiration of the UN arms embargo, Tehran will try to purchase advanced fighter aircraft.

Even under the UN embargo, Tehran has reportedly been sending arms to its proxies in the region, including Huthi rebels in Yemen.

“Iran is already violating the arms embargo even before its expiration date, ” U.S. Secretary of State Mike Pompeo told the UN Security Council in July.

Pompeo cited a UN report that said cruise missiles and drones used to attack Saudi Arabia in 2019, including strikes on the country’s oil installations, were of Iranian origin.

Rome said he thinks the lifting of the embargo is unlikely to have any major effect on Tehran’s ability to export weaponry.

“The arms embargo did little to restrict Iran’s support of its proxies and so the removal of the embargo will probably have a negligible effect,” he said.

Domestically in Iran, the expiration of the embargo is being touted as a victory for the Islamic republic and a defeat for the administration of U.S. President Donald Trump.

“We fought over this for four years with the Americans and they did all they could to prevent this from happening,” Rohani said earlier this week. “But due to the resistance of the people and the efforts of officials and diplomats, the sanctions will be lifted.”

Yet, at a time when Iran’s national currency is in free fall and many Iranians are struggling to make ends meet amid skyrocketing inflation, any costly purchase of weaponry by Tehran could exacerbate public dissatisfaction.

Mohammad Ali Abtahi, who served as vice president to Iran’s former reformist President Mohammad Khatami, referred to that situation in a recent post on Twitter.

“Dear Mr. Rohani, congratulations,” Abtahi tweeted. “You said you can buy weapons from [October 18] on. But please don’t buy. People can’t even afford their daily bread.”

The article End Of Arms Embargo Unlikely To Bring Flow Of Weapons To Iran – Analysis appeared first on Eurasia Review.