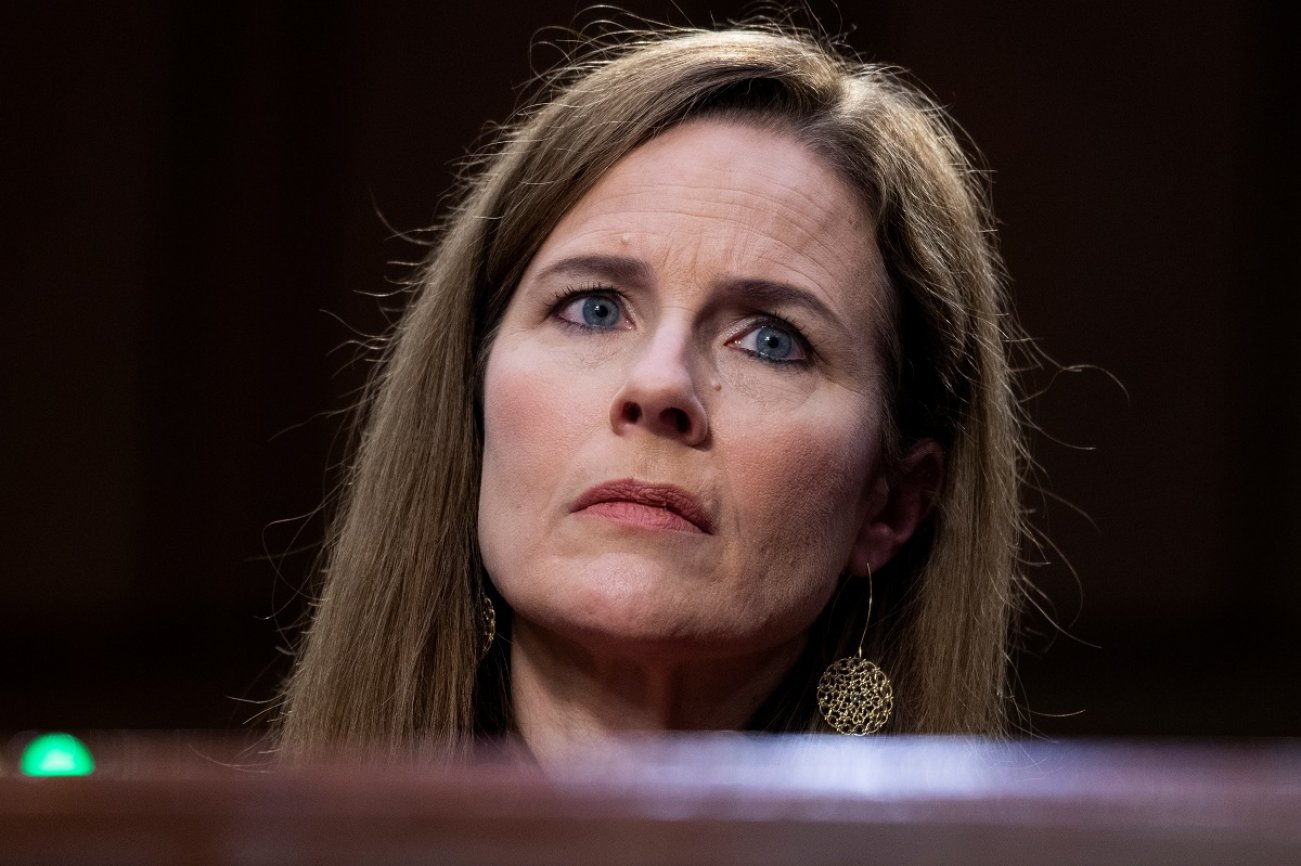 With Republicans propelling a swift confirmation process, she will almost surely fill the vacant spot on the bench, making her Trump’s third nomination to the nation’s highest court.

Senate Republicans are lining up behind President Donald Trump’s efforts to push his Supreme Court nominee on the bench through a confirmation process that’s slated to take just one month, a procedure — in past decades — that typically took two to three months.

And it looks like Judge Amy Coney Barrett will fill the vacant seat, as Democrats remain powerless without any real support from colleagues across the aisle.

The Senate Judiciary Committee launched the second lengthy-day of Barrett’s confirmation hearings on Tuesday, where the 22-member panel will question her, and on Wednesday, senators will get another round questioning — with Democrats solely focused on her drive to overturn the Affordable Care Act and abortion rights. Chairman Lindsey Graham (R-S.C.) scheduled a committee meeting on Thursday, where her nomination is noted to be on the agenda.

While the committee won’t vote for her nomination on Thursday, which is also the last day of the formal confirmation hearings, the move will enable Graham to fulfill his goal of holding a committee vote on Oct. 22, with a final confirmation vote on the Senate floor the week after.

As a Republican-led committee, it’s likely that it will possess sufficient votes to push Barrett’s nomination to the Senate floor for a full upper chamber vote. Once it reaches the Senate, just 50 of the 53 Republican senators must vote in support of her nomination, as Vice President Mike Pence will cast the tie-breaking vote. As of Tuesday, only two Republican senators have sided with the Democrats against putting Barrett on the Supreme Court bench, stating that the country is amid an election year and that the next president should determine the court’s next life-time appointment.

It’s unlikely that any of the remaining Republicans senators will decide toback Democrats in this case, as formally confirming Barrett to the Supreme Court would cement a 6-3 conservative-leaning majority that might last for decades. Democrats have been labeled as hypocrites since the initiative to secure the seat before Election Day represents something of a volte-face from 2016 when they refused to grant President Barack Obama’s nomination a spot on the bench during an election year.

Unfortunately for Democrats, there are no last-minute moves party members can make to nix the process. They can, however, stall by just a few hours or days, but nothing significant enough to completely end the confirmation procedure.

A former senior aide to Hillary Clinton, Zac Petkanas, wrote in NBC News that the only method to potentially switch Republicans is to focus on “the fact that [Barrett] will likely be the deciding vote on the Supreme Court in the case to overturn the Affordable Care Act in the middle of a pandemic that has already killed more than 210,000 people in the United States.” Considering her judicial record, it’s likely Barrett will vote to abolish the Affordable Care Act.

But it’s unlikely that Democrats will be able to persuade colleagues on the other side of the aisle to by using this argument.

Even if Democrats succeed in prolonging the process until after Nov. 3 and Republicans lose control of the White House and the upper chamber, Senate Republicans can still proceed with Barrett’s nomination during a lame-duck session, as the next wave of senators wouldn’t take over until January.

With Republicans propelling a swift confirmation process, she will almost surely fill the vacant spot on the bench, making her Trump’s third nomination to the nation’s highest court.